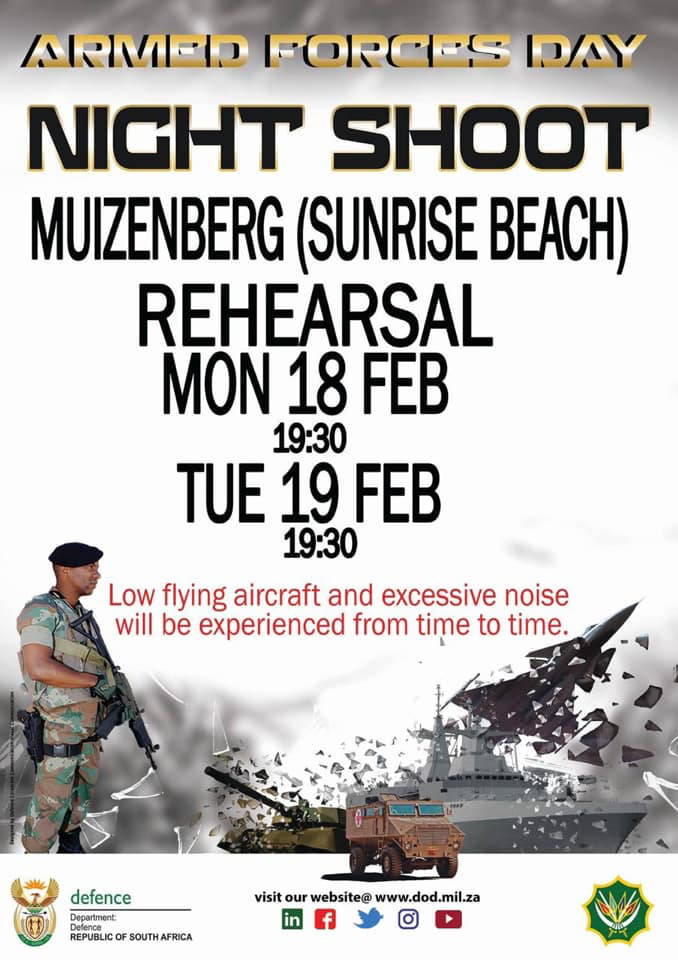 As part of Armed Forces Day – a day proclaimed by that irredeemable naai of an ex-president, Jacob Zuma – tanks and other armoured vehicles will churn up the beach. Jet planes will scream low in the sky. Flares will be dropped over the sea. Heavy artillery, small calibre weapons and rockets will be fired at targets floating offshore.

We need to tell these military motherfuckers to go and play their bang-bang games somewhere else. Or, preferably, not at all. But certainly not on our beaches. Not in our sea. For surfers and others who love the ocean, these places are sacrosanct. These are places of peace, not war.

We need to pitch up on the night with anything that floats and paddle out into the mother of all impact zones. It’s unlikely they will shoot us and they can’t arrest us all. Well, I suppose they can. But there is safety in numbers. And I have a couple of vicious lawyers on speed-dial.

Don’t worry about sharks – they’ll be scared shitless, like all the pets, children and elderly people living in the area.

Anyone with me on this?