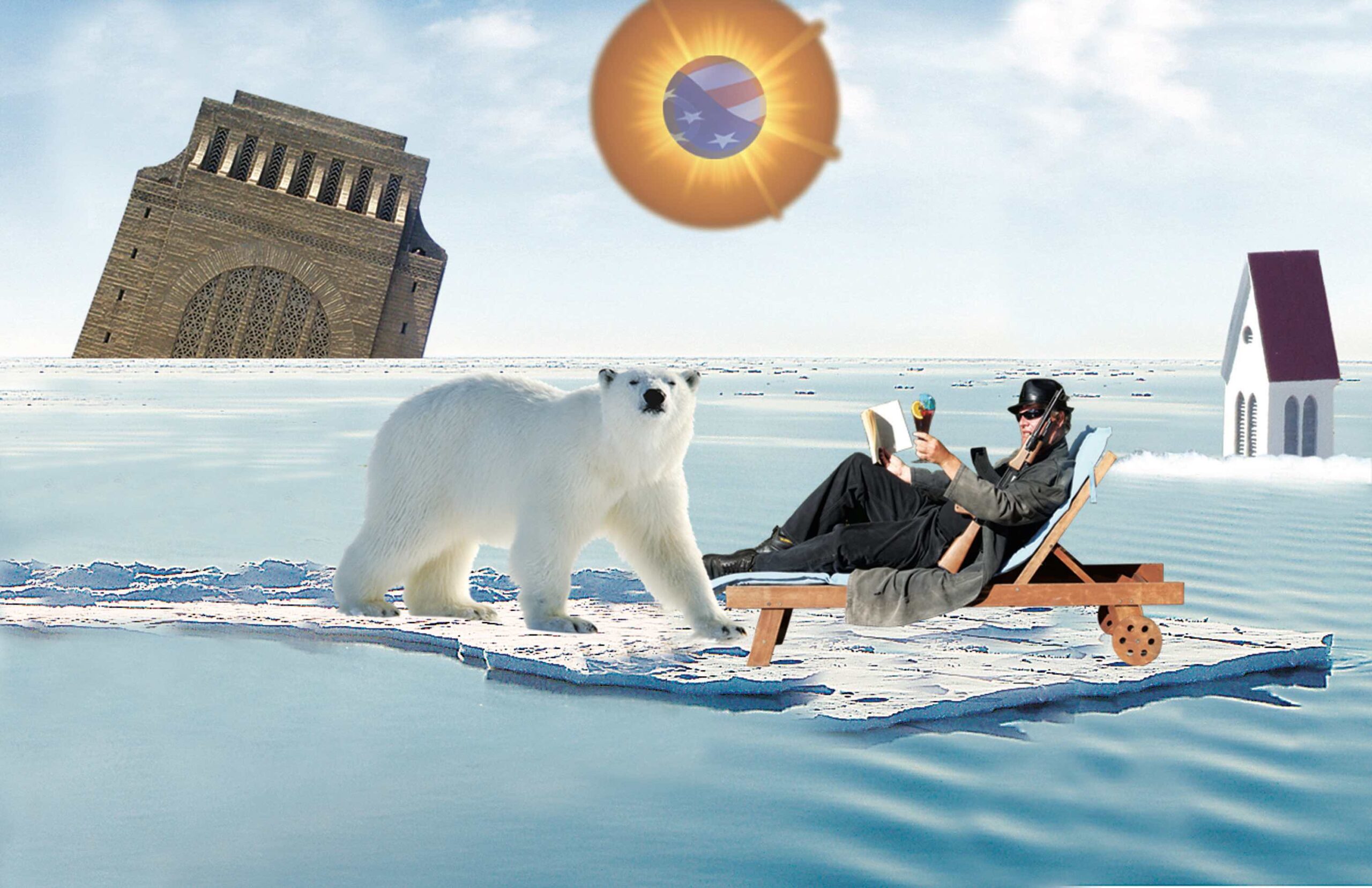 Sadly, global warming won’t rid us of our current crop of leaders, but is it really so terrible if certain species are wiped out? For instance, I wouldn’t complain if there were no mosquitoes, hadedas or sharks. There is only one species of human – two, if you include women – but there are many creeping things that creepeth upon the earth that want us dead. We’re the endangered ones here.

There are millions of species we’ll never set eyes on. I don’t see the point in keeping them around. If we can’t eat them or make them do tricks, they’re useless to us.

I found a list of 10 species that could become extinct as a result of climate change.

The polar bear. A mythical creature that might not even exist. But even if they are real, they would happily tear our faces off before we could even introduce ourselves. They can’t be trusted. They’re also the biggest carnivore on land. Bigger even than Eben Etzebeth. They mostly hang about the Arctic but there are others who live in Antarctica. These are known as bipolar bears and are considerably more volatile.

The ringed seal. There’s something wrong with an animal that wears rings. If they worry more about how they look than they do about climate change, I don’t see why we should give a damn. Do you know who loves the taste of ringed seals? Polar bears. I think given a choice between swimming in a slightly warmer sea or living in a world without polar bears, I know what they’d prefer. And if the ocean wasn’t so frigid, the females might lose some of that blubber. I speak for male seals everywhere when I say this could only be an improvement.

The monarch butterfly. Imagine there’s no butterflies. It’s easy if you try. The last time I saw one, it was coming towards my windshield at 180km/h. Maybe they don’t even want to live. Maybe they were quite happy being caterpillars and are now really angry with Greta Thunberg for trying to prolong their misery. Monarchs are described as sensitive and charismatic. So was I once and it almost got me killed. Their lifespan ranges from two weeks to nine months, depending on the traffic. They have a fabulous life, migrating to warmer climes when it gets too chilly. They travel more than I do and it’s not right.

The Atlantic cod. The world would be a terrible place without the cod. What would British people have with their chips? They are apparently the “victim” of decades of overfishing. That’s what I don’t like about cod. Always playing the victim card. How hard can it be to avoid a net? This is on you, cod. Females release five million eggs. If you have that many babies and your species is still threatened, you’re doing something wrong. The juvenile cod “drift in the open ocean and feed on small crustaceans”. Typical teenagers. Going with the flow, never taking responsibility, always with an eye out for a free meal.

The koala. It’s not hard to believe these freaks of nature are on the way out, what with the Australian penchant for setting fire to their habitat. Chuck another koala on the barbie, mate. Every living creature in Australia, including its people, will kill you if provoked. The koala is no exception. They’ll rip out your spleen just for laughs. Like fashion models, they have a very specialised diet. No, not cocaine and chia seeds. They have a thing for eucalyptus leaves, which are decreasing in nutritional value due to increasing carbon dioxide levels. I’m sorry, but if you don’t notice your favourite snack has started tasting like a coal mine, maybe it’s best if …. hang on, apparently koalas, like so many Australian politicians, have tiny brains. That explains it, then.

The leatherback sea turtle. This brute is threatened by everything, which you wouldn’t expect considering how big and ugly they are. You wouldn’t catch me putting one of them in my mouth. Turtles lay their eggs on tropical beaches which are usually full of American tourists also getting laid. The sand temperature determines the gender. Warm eggs turn into females, cooler eggs into males. Transgender turtles are a relatively new development and the older generation would rather not talk about it.

The Adélie penguin. Living up to their French name, these residents of Antarctica are arrogant and confrontational and display signs of aberrant sexual behaviour. Instead of welcoming global warming, these degenerates insist on living in a place where the ocean freezes in winter. I don’t know how they manage to breed. My willy would shrivel up and fall off. I’m not convinced the world needs penguins, although they do have good entertainment value.

The American pika. It lives in isolated rocky areas and is well-adapted to alpine climates. I don’t know what it is, but we can probably rule it out being a fish. Apparently they are intolerant of high temperatures. That’s the problem with much of the animal world today. Too much intolerance. Some pika populations have reportedly disappeared. My guess is that they fled to Argentina, like the Nazis after the war. Climate change will flush them out.

Staghorn coral. It’s likely that a delegate at Cop26, probably from an island nation, will at some point say, “We need to talk about coral.” At least three men will deny knowing anyone by that name and leave the room to call their lawyers. Staghorn coral is listed as critically endangered, and rightly so when you consider how painful it is when you step on it. As someone who surfs, I have a love/hate relationship with coral.

The Columbia spotted frog. In general, frogs are all talk and no action. Apart from the poison dart frog, who wants to murder us. The spotted one from Columbia bursts into song in the hope of attracting a mate. I tried that once and it ended badly. Frog sex is deeply unnatural and climate change might encourage them to behave more appropriately.