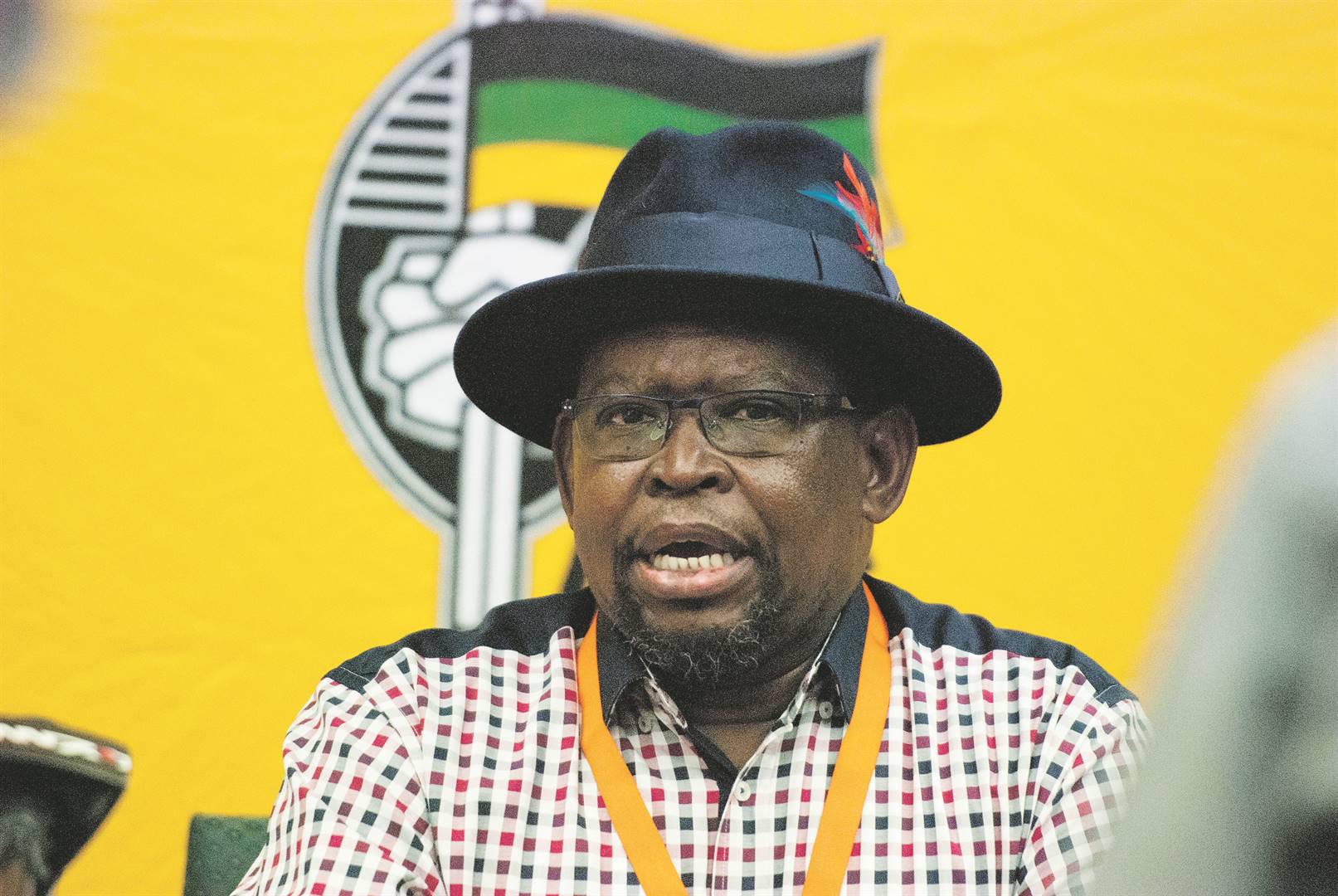 I was going to write about the cabinet reshuffle but, upon closer reflection, realised that the entire unprincipled affair was uninspiring and unworthy of satirical scrutiny. Not even beer could motivate me. Truth is, I’ve lost a bit of my passion for alcohol since getting double-jabbed. This is an appalling side effect and I hope it’s temporary. If Pfizer saves me from ruining what little remains of my life, I’ll be very upset. I have worked hard to reach the point of no return and I shan’t allow medical science to deprive me of my final glorious descent into madness and penury.

There was, however, one name in the reshuffle that caught my eye, largely because it reminded me of a supercontinent that broke up during the Mesozoic Era. It also brought to mind a sexually transmitted disease, but I’d rather think about something spectacular that happened 180 million years ago than something nasty that might happen next Saturday night.

Enoch Godongwana, for those who stopped caring when Trevor Manuel left, is our new finance minister. With roots in the labour movement, he was co-opted to serve in Jacob Zuma’s legendary administration. Nothing too fancy. Deputy minister of this and that. Then, in 2012, it emerged there’d been a spot of the old monkey business involving a company he co-owned and a union pension fund. Before Zuma could reward Godongwana with a ministerial position, he resigned.

In an interview last week, he said: “When that matter emerged … not because I was accepting I was guilty. I was the first in this country, post-democracy, to step down and resign from the government.” He said he had resigned so as not to taint his department. Shades of Zweli Mkhize, who said the other day that he had resigned “in order to bring certainty and stability” to the health ministry. Only the very cynical considered this to be anything less than a brave and noble act.

Anyway. We all make mistakes. Nothing on the scale of Mkhize or Godongwana, obviously. But still. We are nothing if not a forgiving nation. The only thing our government has an unlimited supply of is second chances. Also, as our municipalities have shown, the number of ANC cadres who are financially literate can be counted on one hand. And even then they need to be able to see the fingers.

Godongwana clearly understands numbers. After all, he has an MSc in financial economics from the University of London. And if he was a bit of a skabenga back then, he wasn’t a very good one and he won’t try anything funny again. Probably.

Our man also heads the ANC economic transformation committee. I don’t know if this is a good or a bad thing. Between the ANC and the pandemic, our economy is nearing basket-case status. But let’s give him the benefit of the doubt for now. It’s not for me to criticise someone before they’ve even done anything. I’m not like my ex-wives, you know.

In an interview with one of the Sunday papers, Godongwana said he’s not wild about the idea of a basic income grant. He’d rather use the money to teach skills to young jobless people than deliver another handout.

Let’s forget, for a moment, that those who already have skills (and degrees) can’t find work because there simply isn’t any. It would be unfair to burst Enoch’s bubble when he hasn’t even been in the job for a week. He’s still brimming with enthusiasm. It will wear off soon enough. By next weekend, I imagine, when he realises that Tito Mboweni has left him with little more than a drawer full of hastily scrawled recipes for various pilchard-based dishes.

Since there aren’t any jobs, there’s no point in coming up with schemes to gives these kids skills. They’ll see right through that in a flash. Godongwana says they will obviously have to be paid “a stipend or per diem”. Pocket-money, in other words. I don’t think that’s going to be enough. You might have to throw in a sweetener or two, comrade. One gig of data and three grams of decent weed twice a week might swing it.

Jobless kids already have mad skills. They just can’t always monetise them because this country’s laws are too harsh. For instance, a lot of the unemployed can hot-wire a car in thirty seconds. Make vehicle theft legal. This gives them free transport to drive around looking for proper jobs and they get to sell the car for scrap once it’s been driven into the ground. Everyone wins. Well, almost everyone.

Our hologram of a sports minister, Nathi Mthethwa, essentially said there were too many white people in our Olympics team. He needs to get together with Enoch. And maybe Bheki Cele. Send out teams with nets and cattle prods. Round up these young layabouts and force them into sport. Many of them already have skills in disciplines like running from the police, throwing the petrol bomb, loitering at the intersection and hitting the bong.

Enoch should hire me. I have plenty more ideas.