When I first saw your picture I mistook you for just another of those very attractive, deeply sensitive women in their twenties who go around not killing things for fun. We don’t need women like that in this world. Actually, we do.

We need them to look after the children, although they shouldn’t even be allowed to do that unless they can strip a hunting rifle in under thirty seconds. I’m sure you agree that modern childcare has to involve weapons training.

So you’re from Czechoslovakia? Damn, that’s hot. Do you know a guy called Radovan Krecjir? Of course you do. He also loves killing things. People, mostly. 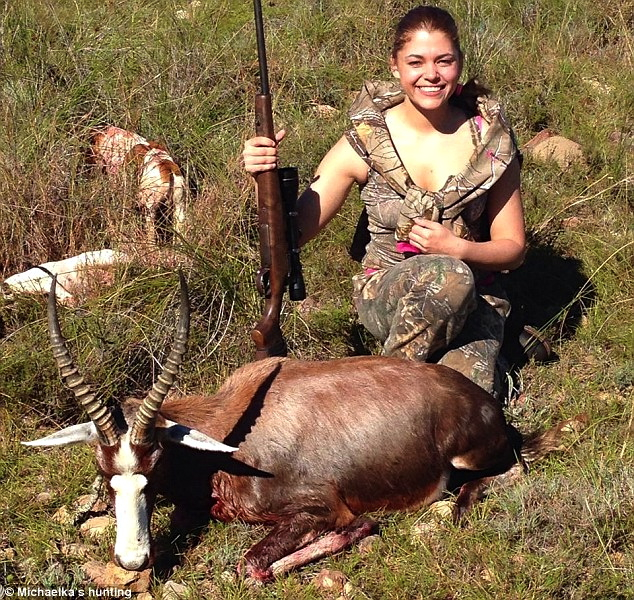 I stalked you on Facebook in pretty much the same way that you stalked all those animals in my country recently. The only difference is that you got to live and I got … well, I got the vicarious thrill of looking at photos like the one of you on Valentine’s Day kissing some lucky guy holding a powerful rifle fitted with what looks like a silencer. Is he also a hunter or more of a hired assassin?

I particularly like the monkey you’re holding by the front legs. He’s grinning and looking up at you as you smooch the sniper as if to say, “Hey babe, how about cutting me in on the action?” 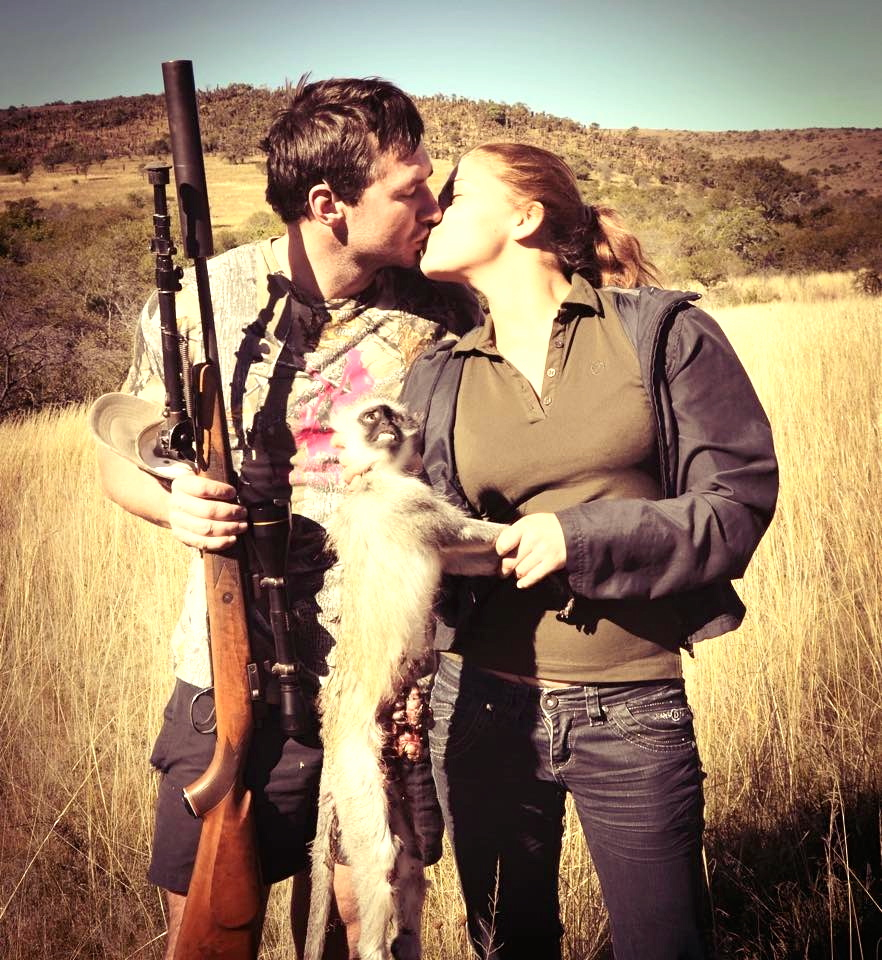 Oh, wait. He’s not grinning. It’s a rictus thing. There’s nothing that says ‘I love you’ more than kissing someone holding a dead monkey. I’m surprised Hallmark hasn’t thought to bring out a card.

And there’s another cute photo. You’ve got your gun in one hand and … oh, those tight pants just kill me. Your caption reads, “Throwback! My first vervet monkey SA (two smiley faces). 110m with 308 win.”

As far as throwbacks go, sweetheart, you’re right up there with the best of them. Sorry. Did you perhaps mean you throw him back into the bush? Maybe it’s a Czech thing. Catch, kill, release. Your own personal Vervet Revolution. You go, girl.

I understand you’re a personal trainer? Well done. There is altogether too much focus on developing the mind these days. The body is what’s important. As far as intelligence goes, all one needs in order to survive is an ability to kill and cook. You’re clearly a master of both. There’s even a video of you in the kitchen preparing zebra steaks, which is something everyone needs to learn. 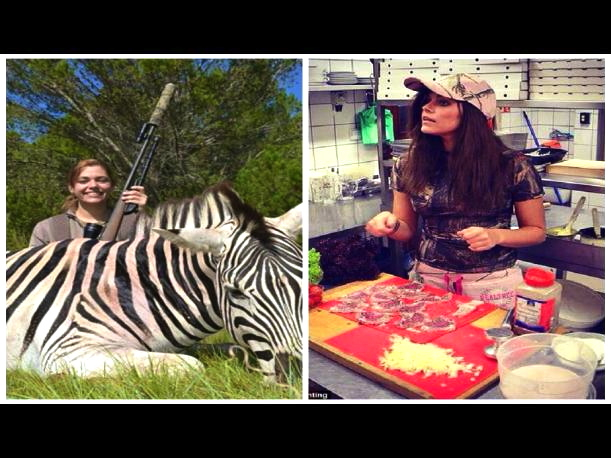 Anyway, thank you for helping us reduce our zebra population. The a’re nothing more than horses with swag, but you wouldn’t think so if you had to see their attitude when it comes to demanding preferential treatment in the job market. Arrogant black-and-white bastards, the lot of them.

Oh, look. You have a fan page called Michaelka’s Hunting. And your profile picture shows you holding a shotgun and wearing a pith helmet. You’re taking the pith, right? What do you hunt with a gun like that? I bet your boyfriend throws tortoises into the air and you bring ’em down. Like skeet shooting but more fun because skeets don’t scream when they get shot. Fair enough. At least the tortoises get to feel what it’s like to fly once in their lives. 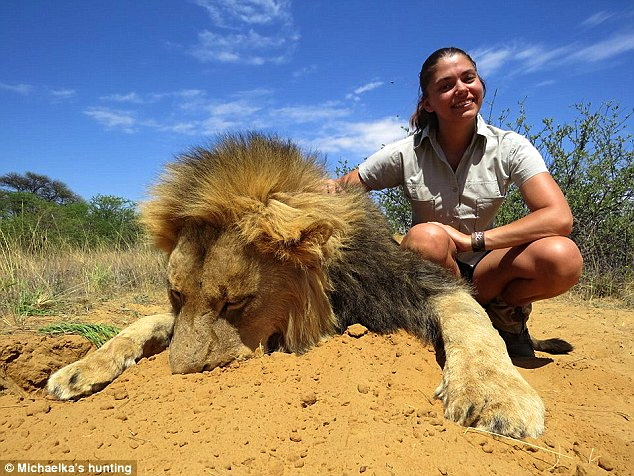 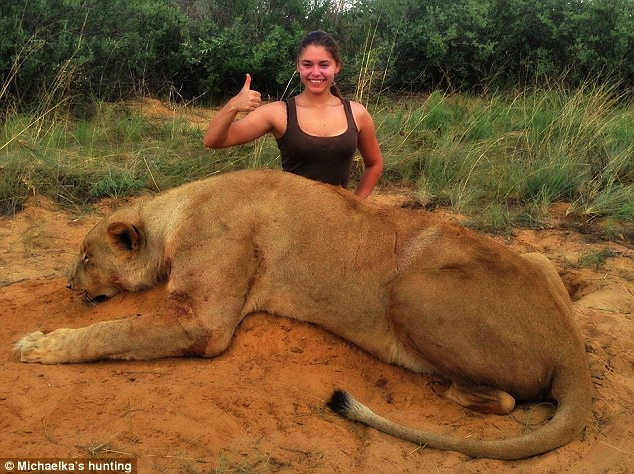 You have another picture of your smiling face in the foreground and a terrified huddle of giraffe in the background. You wrote, “This is the way to see animals!!! Not support zoo!!! Zoo is most sad and disghusting thing I ever seen!!!!”

I couldn’t agree more. What the hell is the point of putting animals in cages if you’re not allowed to shoot them? Sad and disghusting, indeed. I hope that one day we will be able to ride through zoos murdering animals from the comfort of a golf cart. I’d like to have you at my side. I’ll even reload your Benjamin Rogue .357, if you know what I mean.

On March 6 you posted a selfie of yourself sprawled on the ground, your snug little shorts riding high, and captioned it, “Baffalo hunting – we just rest on the road after 4 hours stalking – hope we will get more luck today.”

Listen to me, babe. I know what I’m talking about. You have to be careful of them baffalo. Buffalo are easy. You walk right up and shoot them in the back of the head. And they’re grateful for it. But a baffalo? He’s a cross between a barracuda and a buffalo and a mean motherfucker, pardon my Shakespeare. If he turns on you, don’t even think of running into the water. 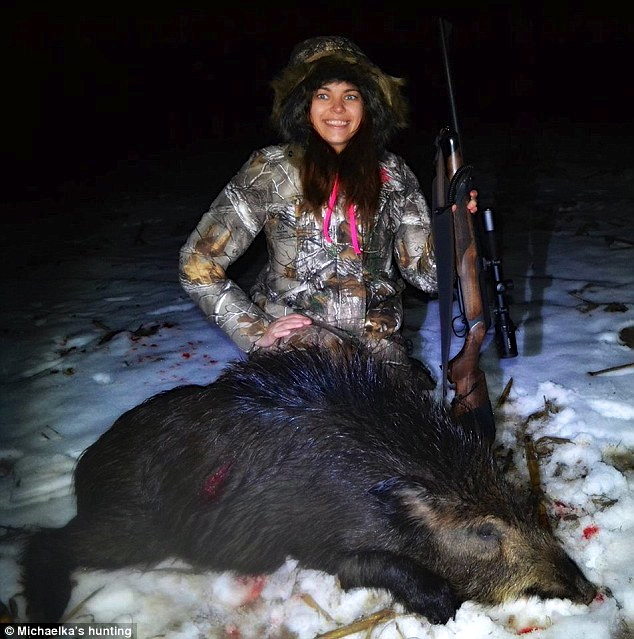 While I was writing this, you posted a fresh picture of yourself with a dead hyena. Maybe he’s alive and pretending to be dead. Hyenas are sneaky like that. But judging by the smile on your exquisite face, he is an ex-hyena. He is no more. What bait did you use? Hyenas are mad for boerewors. They’ll take it right out of your hand. Is that when you stabbed him in the face? It must have been quite a struggle. Sometimes you have to cut a hyena’s head off just to get your boerewors back. They’re worse than politicians. 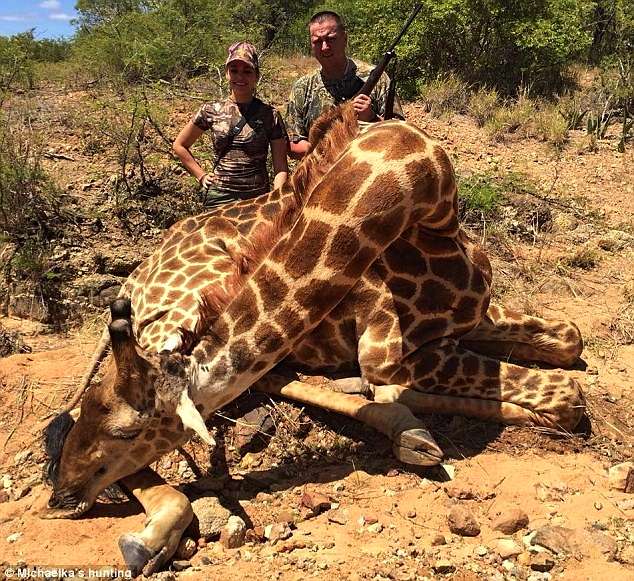 On February 18 you posted a picture of yourself with a heavily armed woman in camouflage. An older woman. You wrote, “Love hunting with other girls!!!” Like most heterosexual men, I’m curious. How do you do it? If you have any pictures of you and other girls ‘polishing your bullets’, I’d love to see them.

By the way, do you eat the monkeys? Of course not. You’re a professional. Dead monkeys are good for one thing only. First, you have a few people around and get really stoned. Then you put the monkey in different poses, like reading a newspaper or driving a car. It’s hilarious. God created monkeys for our personal amusement when He created the earth six thousand years ago. Monkeys know this and they are happy to play along, dead or alive.

You, honey-bunny, are the Jihadi John of the bushveld and we hope you keep coming back to Africa to help eradicate all these unsightly animals.

Your fan, knee-deep in blood and gore,

* Messages of love and support can be sent to the world’s sexiest psychopath at michaelkashunting@post.cz 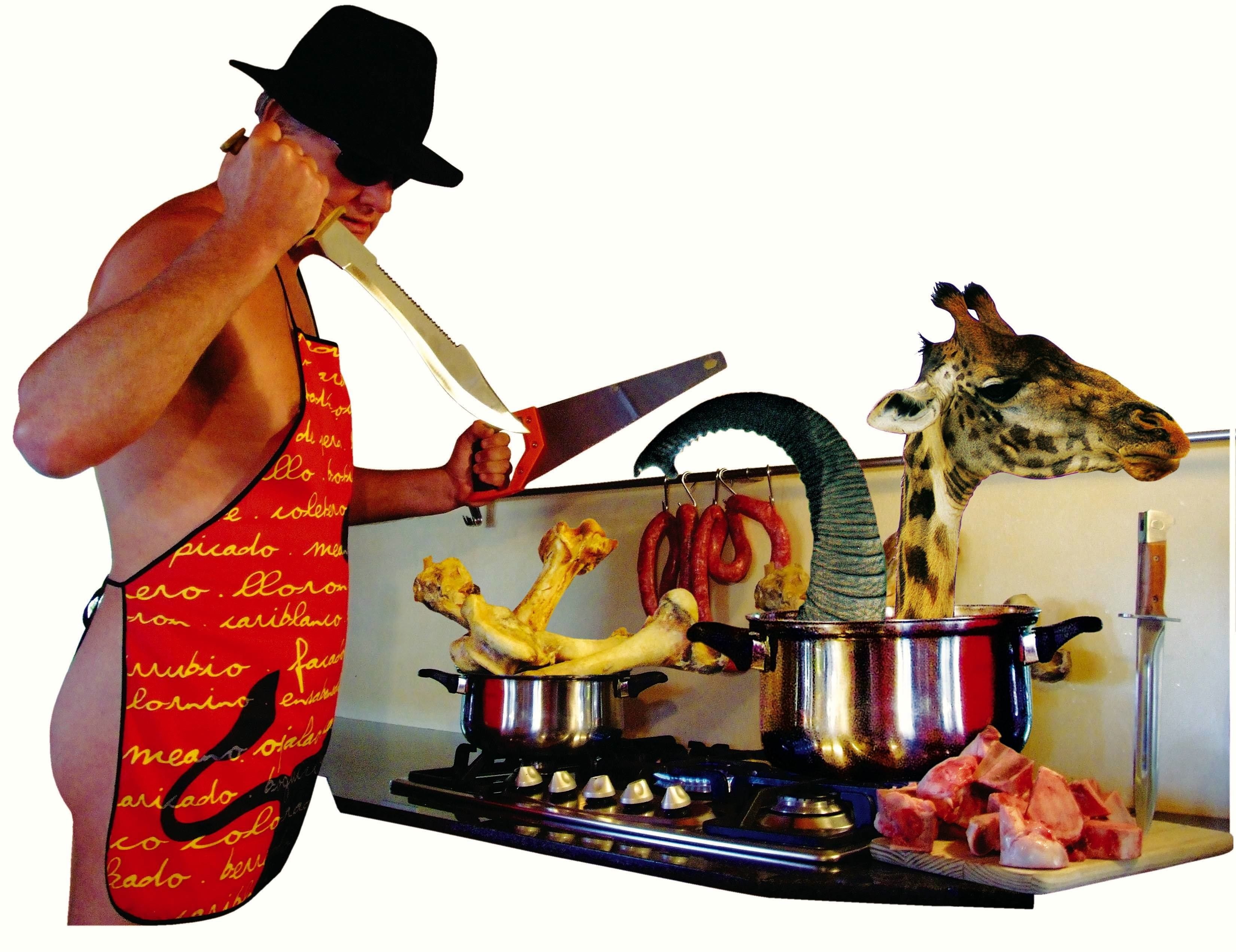 17 thoughts on “An open letter to Michaela ‘Sexy Hunter’ Fialova  ”