I see Oom Angus is in the news again. Reminded me of this letter I wrote to him a few years ago. Still waiting for a reply.

Dear Angus,
The other evening I saw you being interviewed on television about your latest Mighty Men’s Conference and my first thought was, this man is a genius. You set yourself up as God’s main man in KwaZulu-Natal, write a book about proselytising potatoes, get a movie made of the book, perform a few rain-making miracles, get mobs of people eating out of your hand, get recognised as the 13th apostle, take over the presidency and then the world. What a brilliant strategy!
But then I listened closely to what you were saying and realised that I had made a terrible mistake. I do not wish to appear rude, but I got the impression you are not all that bright. Please don’t be insulted. Farmers are not generally known for their great intellectual prowess. Like most of them, you are a simple man of the soil. Tight with Jesus, undoubtedly, but simple, nevertheless.
Congratulations on getting 60 000 men to come to your farm, Shalom, in Greytown. I couldn’t get 60 people to come to a party at my house, and that’s with providing free beer and recreational drugs. Maybe you were offering imported liquor, high quality narcotics and a free car, like Oprah does. Just kidding. You are a man of God and would never stoop so low.
The first thing I thought when I went onto YouTube and saw those 60 000 men listening to you was that somewhere out there were 60 000 lonely women. Probably less, judging by the look of some of the men. Sorry about that. Sometimes the devil makes me think bad things and I have to drink whiskey to come right.
To be honest, the idea of waking up to find 60 000 mainly white Afrikaner men camped out on a field in front of my house scares the living daylights out of me. Actually, if this were to ever happen, my wife Brenda would come out onto the stoep and shout: “He’s not the Messiah! He’s a very naughty boy! Now go away!”
Your wife, Jill, would never do such a thing. She knows her place. I could tell because you let her out of the kitchen just long enough for her to inform us that God needs real men. She said: “He has to reinstate the men and when he does that, the women will be very happy.” Brenda said Jill had the demeanour of a whipped puppy and I ordered her to kneel at my feet and beg forgiveness for her crass remarks. She knelt alright, but then sank her teeth into the fleshy part of my ankle and wouldn’t let go until I promised to do the dishes for the next two weeks.
Then I heard you say: “Wives, respect your husbands, submit to your husbands … if a husband loves his wife, his wife will gladly submit to him.” It’s alright for you, Angus, but Brenda is not an easy woman to love, let alone make her, as you say, “into the lady she is supposed to be”. What should I do in this case? Would it be okay if I beat her into submission? Maybe you shouldn’t answer that. The prosecutorial forces are no longer on our side.
I have another problem. My son, Clive, is overly sensitive and I was hoping you could teach him how to be a Mighty Man. I am prepared to make a considerable donation to your prophet-making organisation if you can succeed in ridding him of his irrational ideas about equality of the sexes. Let me know.
Anyway, good luck with selling the video of the April conference. If everyone who was there buys a copy, you will end up with R17.4 million! That certainly beats growing mielies for a living. And since you’re Scottish, I am sure there is no need to warn you against frittering it away on frivolous things like new clothes for Jill.
I was going to buy the first season of Seinfeld with my spare R290, but he’s Jewish and doesn’t really believe so much in Jesus so I decided to rather spend the money on your video but then I remembered that Shalom is a Jewish word and I got confused and bought a bottle of Johnny Walker Red instead.
By the way, I tried to get into your gig at Newlands Stadium yesterday but a shaven-headed thug masquerading as a man of the cloth refused to let me in. He said the mark of the beast was upon me. I tried explaining that my forehead was full of gravel only because I had fallen down in the parking lot but he was having none of it. Maybe next time, brother.
Biblically yours,
Mr Ben Trovato (Man of the house)
PS. I am enclosing a picture of me with my tractor. It needs a bit of work. So do I. Send directions and I will blow up the tyres and drive down to the farm next week. 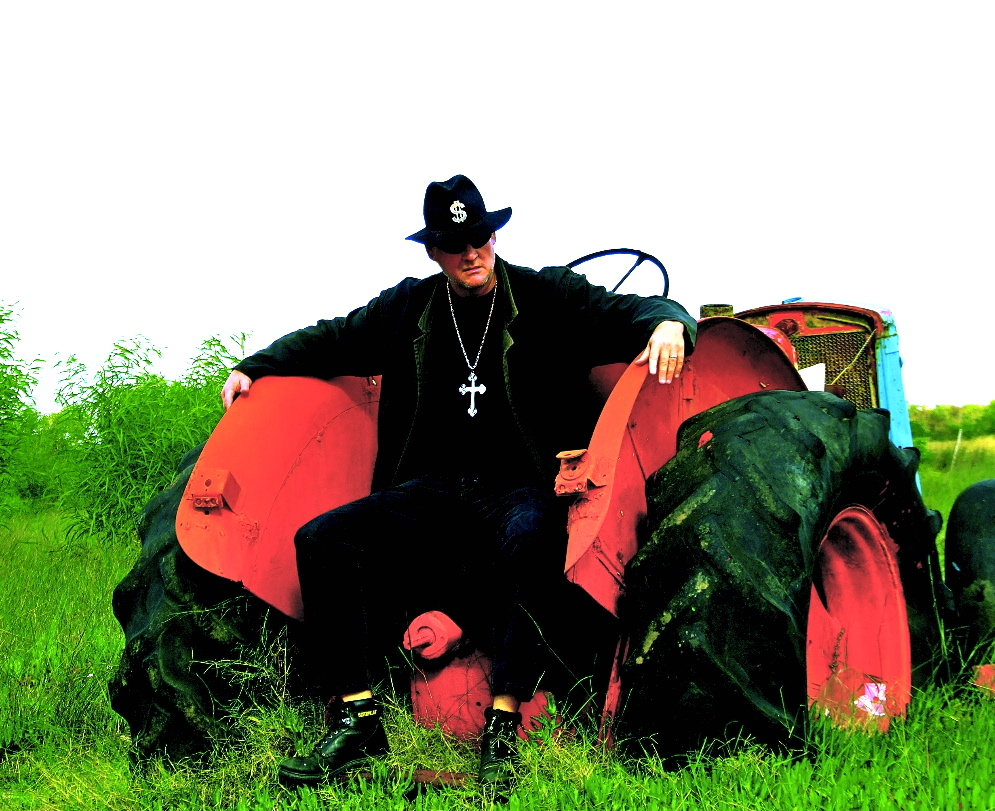