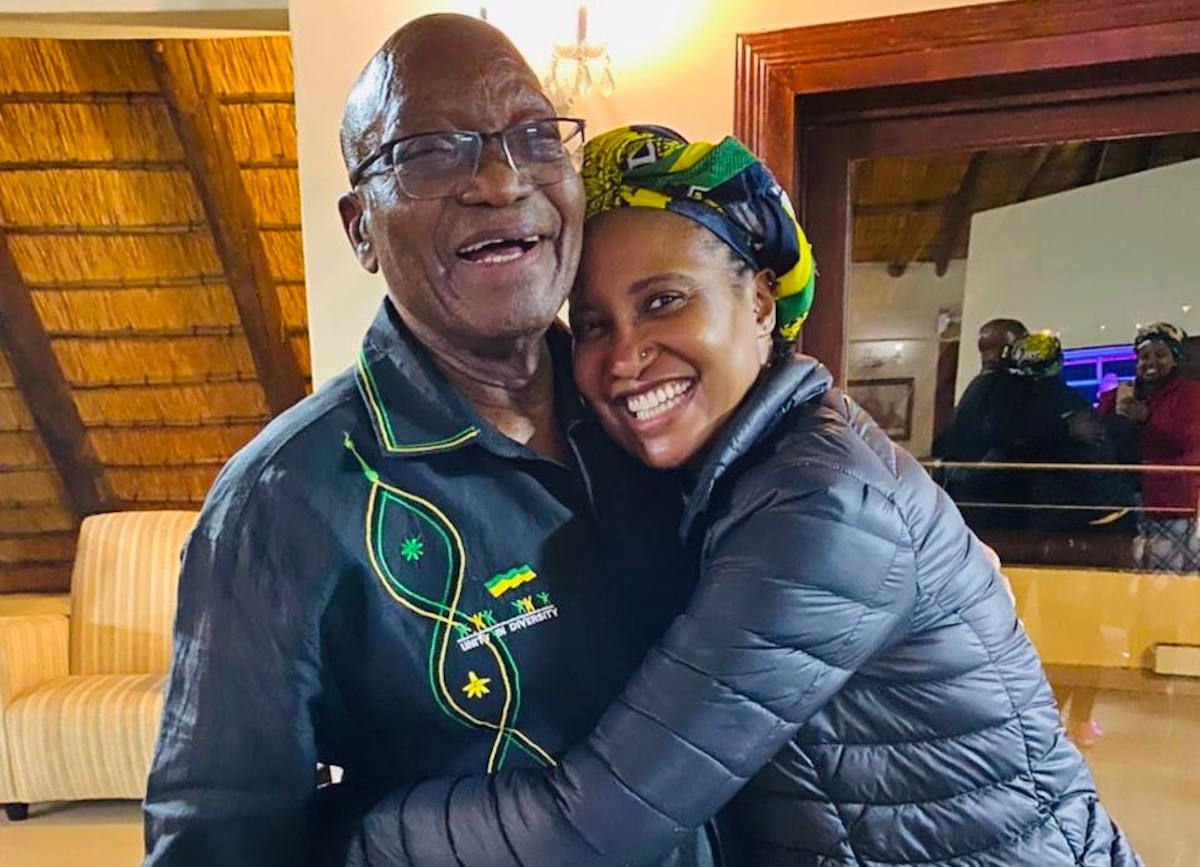 Wow! You guys sure can put on some good television! The burning cars! The scurrying looters! I haven’t watched anything this exciting since Eugene Terre’Blanche fell off his horse. It’s a drama of epic proportions and you certainly deserve some credit as one of the directors.

I was a bit disappointed when things got off to such a slow start on Wednesday night but the evening perked up considerably when your half-brother Edward – playing Eric to your Ivanka – threatened to untick clocks and said he’d kill a million men with his stick. Do all the kids get a magic stick or is it just him? Speaking of which, and it’s a question many of us have been asking, do you know if Edward was dropped on his head as a baby? Poor thing. I do hope someone has told him that he can come inside now.

Journalists are saying you have blood on your hands. That’s just another mainstream media lie. If anything, you have La Prairie skin caviar on your hands.

White monopoly capitalists are criticising your father’s supporters for what they describe as “looting”. We both know, Dudivanka, that this is not looting. They are simply giving practical expression to radical economic transformation. They are freedom fighters, liberating sound systems and other shiny stuff from the iron grip of capitalism. These brave men and women are paying homage to their hero, your father, a man who once helped a poor family from India to pillage an entire country. Obviously I mean pillage in the positive sense, here.

Your series of tweets publicly lauding the liberationistas revealed a remarkable understanding of psychology for someone so young. Saying, “We see you! Amandla!” and posting a photo of our latter-day Vandals and Visigoths plying their larcenous trade served as a vital validation for the downtrodden. We all want our works to be seen and appreciated. I should mention that one of the photos you used was of a Cosatu protest a few years back. Maybe don’t use anything from World War 2. You wouldn’t want to upset the historians.

I liked the photo from Pietermaritzburg, where the main road was jammed with cars. “PMB we see you! Amandla!” you tweet-shouted. An evergreen image if ever there was one, since that wretched town’s main road is rarely not gridlocked. And to an image of sugar cane on fire outside Durban, “Flames of freedom! Amandla!” You are aware that Tongaat Hulett regularly burn their fields, right? Probably for the insurance, knowing them.

One of the co-directors of your drama, Mzwanele Manyi – Pinocchio to Jacob’s Geppetto – has also been doing his patriotic duty to help raze KwaZulu-Natal. Being a spokespuppet, though, many of his tweets are couched in metaphors, aphorisms and other tricks of the trade. On Monday, for instance, he tweeted Newton’s third law: “For every action, there’s an equal and opposite reaction.”

While making a refreshing change from his usual expressio falsi, this particular quote has the unfortunate effect of also relating directly to the sequence of events that landed daddy behind bars.

Like the original Pinocchio, Manyi must earn the right to become a real man by proving to be truthful, brave and selfless. I think we all agree that he still has some way to go.

By the way, why did Oom Carl allow himself to be led away like a lamb to the slaughter? How come his North Korean military training didn’t kick in? It was almost as if he’d forgotten how to disable an opponent with a single clumsily phrased sentence.

Listen, it might be time to consider whether your family’s pet lawyer, Dali Mpofu, isn’t, in fact, a fifth columnist. A judicial Judas goat, if you will. Of course, it might merely be coincidence that he is a prominent member of a party led by a man who swore to see your father imprisoned, and, well, here we are. No, wait. I see the EFF are now calling for Jacob to be released. It’s all very confusing.

I understand the counter-revolutionary, anti-majoritarian, proto-fascists from Stellenbosch are saying the country is in the trouble it’s in because your father squandered his presidency. Another despicable lie. Msholozi only had nine years to smash white monopoly capital and uplift the poor. That’s nowhere near long enough. In Zulu culture, as you know, it takes a year or two just to introduce yourself, exchange pleasantries, remark on the weather, enquire about the crops and so on. I have no doubt that if he had been given another, say, 30 years in power, he would have accomplished great things.

It’s not easy to radically transform an economy, and you and your twin brother have certainly gone out of your way to help this dream become a reality. After all, you guys didn’t promise to transform it for the better, did you?

Now that everyone knows how utterly useless our police and intelligence services are, I’d be surprised if Lesotho didn’t invade us this weekend. We’ll all be speaking Sesotho by Christmas.

Anyway, keep stoking, babe. Someone has to fast-track the redistribution of wealth and it might as well be you.