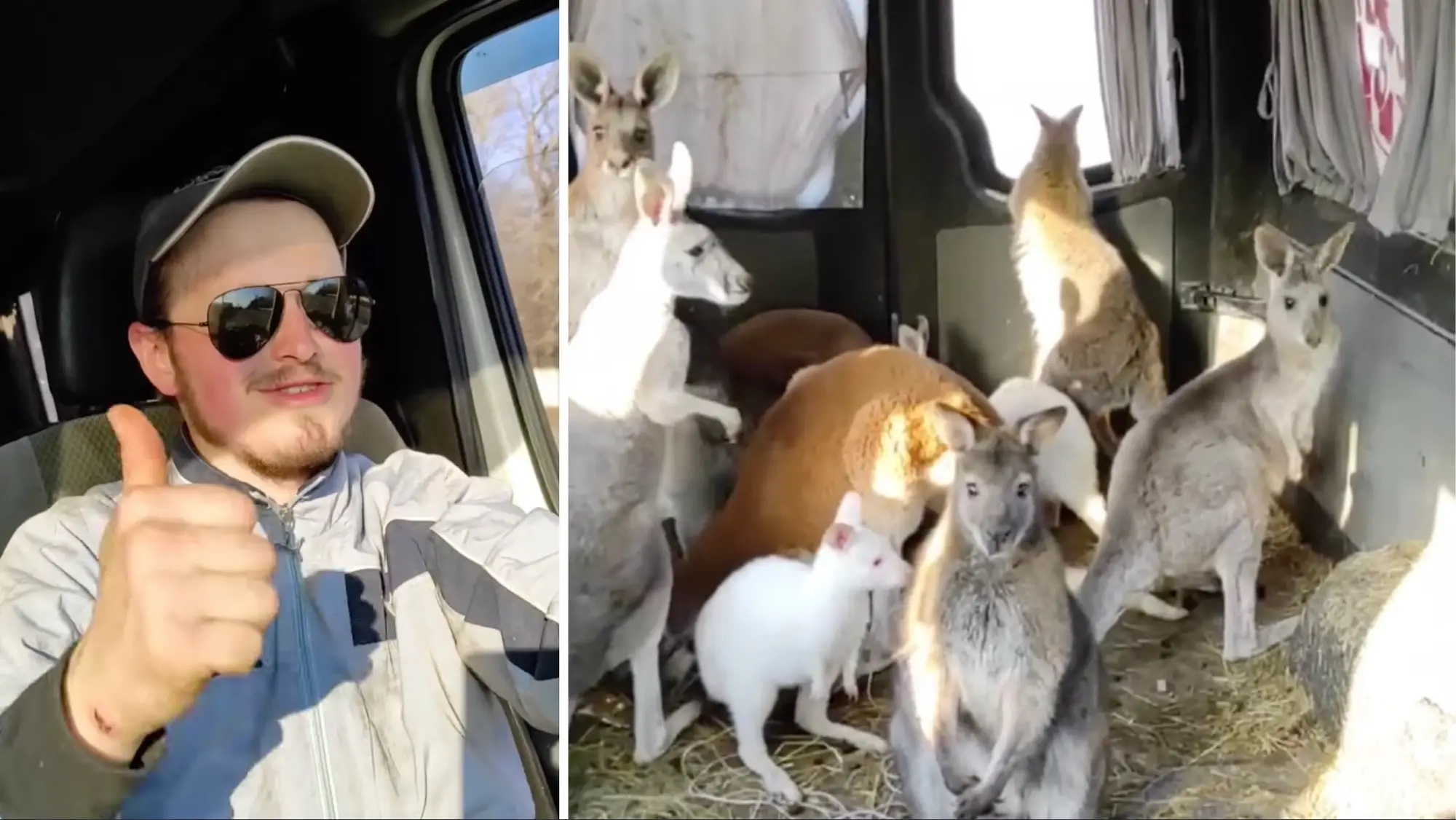 I watched a video on Twitter from someone called Oleksandra Matviichuk. He was sitting behind the wheel of a van and looked like a rally driver – peak cap, teardrop sunglasses, overalls. Turning to the camera, he says: “Eight kangaroos were evacuated from the Feldman eco-park in Kharkiv region.” He jerks his thumb towards the back of the van. The camera pans to reveal eight kangaroos with WTF expressions on their pointy little faces.

Well done, mate. But whatever you do, don’t send them back to Australia. They’re bound to end up among the two million or so that get legally shot and killed every year. And be careful where you send them in Europe. Belgium alone imported over 700 tons of kangaroo meat in 2019. Also, the US trade in kangaroo products (springs, pouches, backscratchers) is worth $80-million a year. Truth is, they’d probably be safer in Ukraine.

You know where these ‘roos should go? Finland. Research by the UN Sustainable Development Solutions Network, which is almost certainly staffed by hippies who microdose on magic mushrooms throughout the day, found that Finland is the happiest nation in the world for the fifth year running.

Imagine living in a country where everyone is happy, year after year. It would be too terrible for words. I’ve been to Finland. If by happy they mean falling down drunk in the gutter, then yes, I can see how this might happen. Then again, that was thirty years ago, a time when Finland was headed for a crushing recession. Unemployment soared to 20%. We could be so lucky.

Finland shares a 1,340km border with Russia. They might not be all that ecstatic for very much longer. But the fact that they’re still so happy does seem to suggest that they have maintained their healthy drinking habits. One figure I saw said that Finns consumed 9.3 litres of pure alcohol per person. I don’t know if this is daily or weekly. Either way, it’s impressive. So it’s pretty much a case of happy, happy, happy, dead. Not a bad life.

Those free-spirited bohemians over at the UN surveyed 146 countries for their index. This year we staggered in at 91, looking as if we’d just been punched in the face but whistling through our broken teeth nevertheless. Could be worse, we said, giving the side-eye to Zimbabwe (144).

And it has been worse. In 2016, when the ANC gave Jacob Zuma a stern warning that he only had another two years left to loot and pillage, we placed 116th. It was our lowest ranking ever. I don’t remember if I was particularly happy in 2016. Come to think of it, I don’t remember 2016 at all.

The Ramaphosa years have seen us hover between 103 and 109. It’s almost as if the president’s inability to decide who he is or what he should be doing rubbed off on us. We didn’t quite know if we were happy, sad, angry or just plain confused. Like the weather in Cape Town, the South African sense of wellbeing is subject to change at a moment’s notice. We can go from laughing in the morning to weeping at lunch to murdering at night. Seamlessly. It’s what makes us great as a nation.

You’d think that with so much cheap alcohol, easy women and a dysfunctional police force, we would be the happiest people in Africa, but you’d be mistaken. That honour goes to Mauritius, nearly 40 places higher than us. Coming in at 52 seems to confirm what I have always suspected – Mauritius is not really part of Africa. It’s clean, peaceful and well-run. The government isn’t even corrupt. How is that Africa? Also, it’s not attached to the continent. It’s in the middle of the ocean. That should disqualify it immediately. The only connection with Africa is all the South African estate agents trying to flog beachfront properties to crooked lawyers and bent accountants.

Do you know who else beat us? Libya (86) and Ivory Coast (88). Short of Afghanistan, it’s hard to imagine more of a hot mess of a country than Libya. The US State Department has issued a Level 4 advisory. Like cancer, there is no Level 5. “Do not travel to Libya due to crime, terrorism, civil unrest, kidnapping, armed conflict…” And yet the people there are happier than we are. Perhaps its because the Americans stopped visiting.

The bottom ten on the list of 146 countries are, with the exception of Afghanistan, all in Africa. Four of them are our immediate neighbours, including Malawi, which produces some of the best weed in the world, which immediately casts doubt on all the findings.

The Nordic countries once again sweep the top ten. It makes no sense. How is it remotely possible to be happy in any country where a beer costs R150, 5°C is considered beach weather and the sun sets at 3pm and rises four months later?

Right now, it’s 10pm on Monday night and I’m sitting shirtless beneath a palm tree on the Guanacaste coast of Costa Rica with a chilled Flor de Caña rum in hand. A few locals have made a fire on the beach. They are playing music, drinking beer and laughing. A couple of girls are dancing. There are good reasons this tiny Central American country is ranked 23 and we’re not.

9 thoughts on “Happier than a condemned kangaroo”