It’s a damn shame that you didn’t get Judge Willie Seriti in your trial ten years ago. For a start, you wouldn’t have got sentenced to 15 years in prison for fraud and corruption because, as Seriti announced yesterday, there’s not a shred of evidence suggesting the arms deal was anything but squeaky clean.

What on earth did Judge Hilary Squires base his judgment on? That morning’s horoscope? Did he read the tea leaves? Throw the bones?

Thank god you fell terminally ill two years and four months into your sentence and were released on medical parole so that you could go home and die in your own bed. That was seven years ago. How’s the dying going? Slowly, it seems. I hear you’re seen out and about quite often. Good for you. Dying is a tiring business and you deserve a round of golf now and then.

If anyone belongs in jail, it’s Judge Hilary Squires. You must lay charges at once. And send word to the Guptas that you want a Cabinet position. Minister of Justice would fit you well. 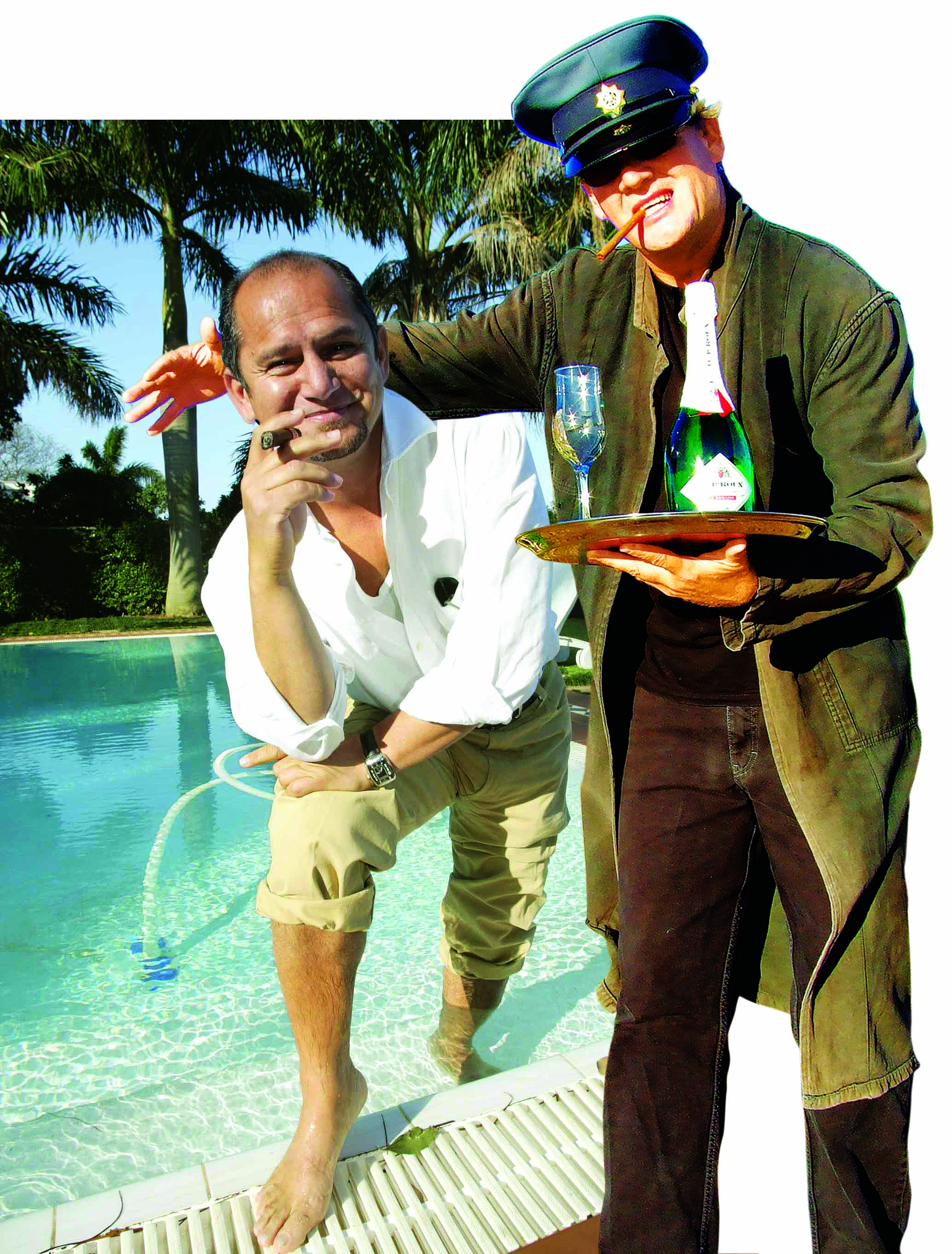 Ben Trovato celebrates with Schabir Shaik after the arms deal commission found that everyone involved was completely innocent.

13 thoughts on “It’s all been a terrible mistake”