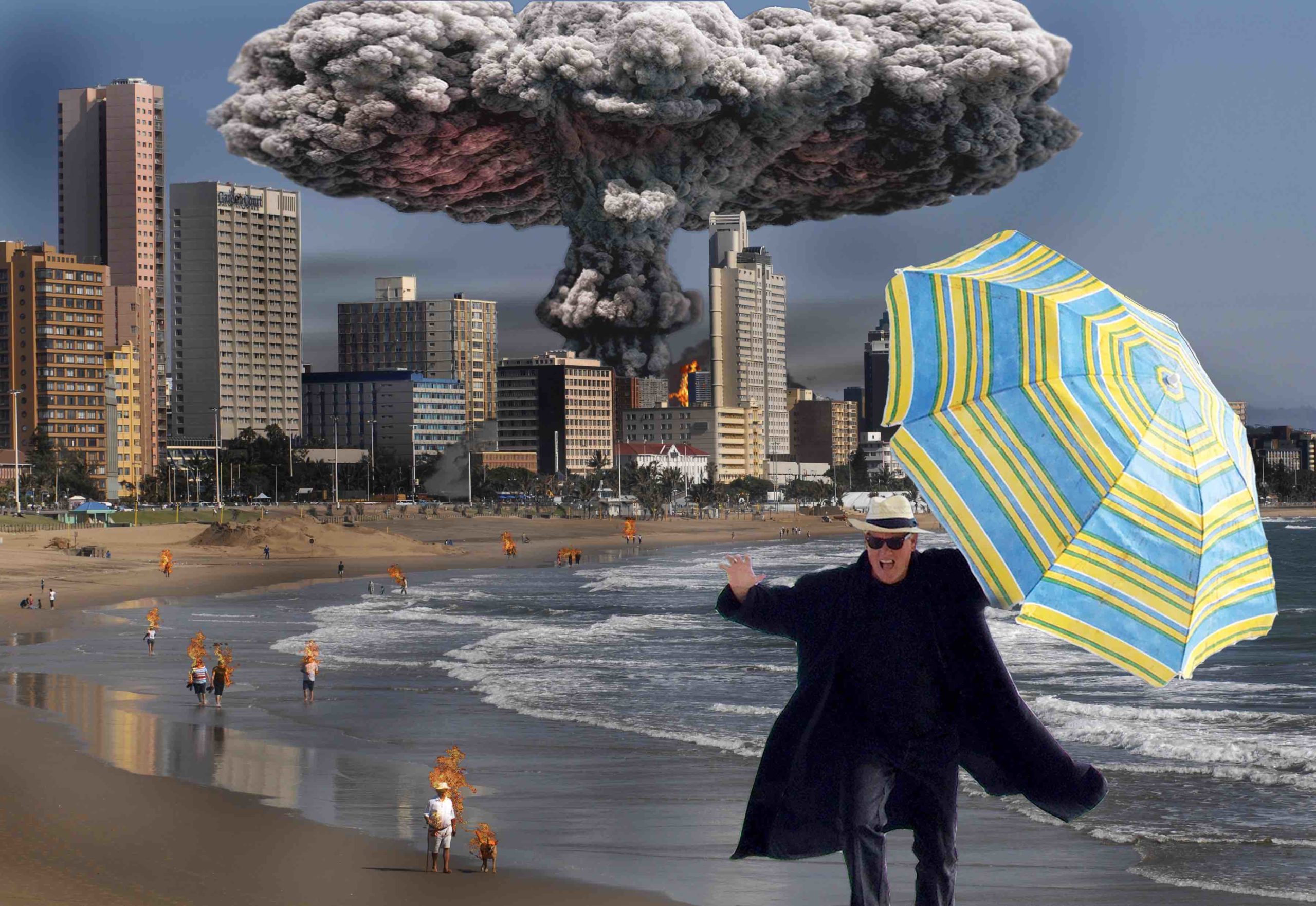 Beaches across South Africa were opened to the public today. In Cape Town, people swam in the sea. Not for very long, obviously, or they’d die of hypothermia.

In Durban … ay, my bru. Durban ekse. It’s my hometown and all and I don’t want to badmouth it, but that municipality doesn’t make it easy.

From today you can go to Addington or Ballito or Umdloti or whatever beach you like. Of course the usual rules are in place. No camping, cooking, stabbing, shagging, drinking, defecating, organ harvesting, playing music, lighting people on fire and so on. But there’s still this one weird rule. No swimming.

That’s right. In Durban it’s legal to go to the beach but illegal to swim in the sea.

I bet you think I’m making this up. Actually, you probably don’t. Nobody is surprised by anything any more.

eThekwini municipal spokesperson, Msawakhe Mayisela, said … well, don’t take my word for it. Here it is, in his words: “We are taking the necessary steps to ensure regulations for swimming are in place.”

Apparently, “the full protocols are still being prepared and confirmation is being sought for bathing and surfing from the Provincial Authorities on certain omissions not appearing in the gazetted policy as per the National gazetted regulations.”

If separate permission for swimming in the sea needs to be specifically specified, outside of the opening of beaches, where does it end? Must there be protocols for children who wish to splash in rock pools and protocols for people who intend wading rather than swimming? And what constitutes swimming? May one go up to one’s knees or is one expected to maintain a certain distance from the wet stuff?

The country’s nature reserves and public parks are also open from today, but in Durban there’s a good chance that you have to stay off the grass until the relevant lawn-use protocols are in place and you may not come within ten metres of any tree until the Botany Bill has been promulgated.

2 thoughts on “Latest news from the ‘Just When You Thought It Couldn’t Get Any Weirder’ department.”