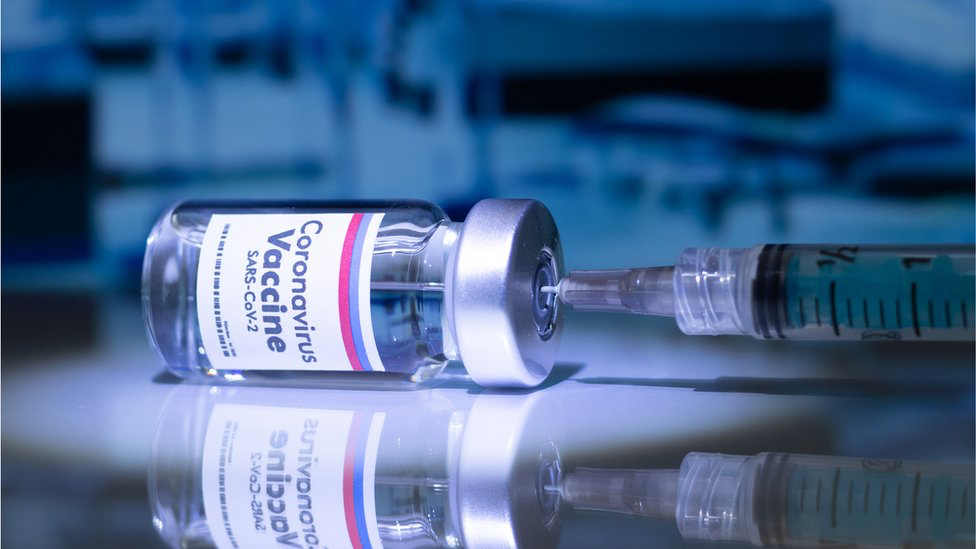 The global scramble for Covid vaccines is becoming a little undignified. Show some class, people. Let’s try to keep this fight clean.

Right now, vaccines are all anyone seems to care about. Well, that and whether the festering human groundhog in the White House will try to blow something up before being dragged kicking and screaming from the Oval Office.

There are at least 40 governments that have started vaccinating their citizens. South Africa is not among them, for reasons which make perfect sense and no sense at all. This is how it should be. One of the good things about being South African is that we are so accustomed to being lied to and screwed over that we can no longer tell what is in our best interests. I don’t know why this is a good thing. It’s just a feeling I have. I’m sure it will pass.

Costa Rica, to which I might have inadvertently emigrated, gave the first shot of Pfizer-BioNTech vaccine three weeks ago to a 91-year-old nursing home resident. Afterwards she said she was very grateful to God, which is a bit of a kick in the teeth for those who worked around the clock to develop the vaccine in the first place.

If I developed a vaccine, I’d want full credit and wouldn’t share it with a supernatural being who almost certainly doesn’t exist, but if he/she does, I have questions for him/her and I shan’t settle for any of this “works in mysterious ways” malarkey.

Come to think of it, I have developed a vaccine. It’s taken orally around 5pm every day and I need around two litres to start feeling better. Unfortunately, this particular vaccine is currently banned in South Africa. I am fortunate to be able to continue medicating in Costa Rica, a second world country blessed with no aspirations to join the increasingly unpleasant first world.

Even a developing country like Belgium has given someone their first dose. It went to a 96-year-old man at a nursing home in a town where Pfizer’s production facility is located. “I feel 30 years younger,” he said afterwards. What? That’s not how it’s supposed to work. I imagine they gave him a shot of something made of Viagra, vodka and Ecstasy. Now there’s a vaccine we could all get our teeth into.

A week ago I had the misfortune of booking myself into a casita in Playa Hermosa that had a TV with 45 channels of mad people shouting hysterically in Spanish. The only English language channel was CNN, a drug which I had been trying to wean myself off. Suffering from the side effects of a particularly extravagant dose of my special vaccine, I turned to it. The big story at the time was Trump’s call to Georgia’s secretary of state threatening him with dire consequences if he didn’t come up with a way to reverse Joe Biden’s victory, which seems a bit out of keeping in a state that has “Wisdom, Justice and Moderation” as its motto – three things utterly lacking in Trump’s toxic universe.

Even though the beast has less than two weeks left in office, CNN’s anchors smelled blood in the water and they were thrashing about in a full-blown feeding frenzy, all teeth and vengeance. Hell, why not. This is a man who deserves to be stabbed with many metaphorical daggers before it’s all over. On his last day, he must be stripped naked and whipped all the way into St John’s Church in Lafayette Square and be forced to beg for absolution. He won’t get it, but it would be lovely to see him beg.

You see? This is what CNN does to a person. One minute you’re having a rational conversation about vaccines, and the next you’ve got a flaming torch in one hand and a pitchfork in the other and you’re demanding violent retribution against a 74-year-old man who has clearly lost his mind. You ought to be ashamed of yourselves.

If you watch enough news, you come to realise just how little everyone knows about viruses and vaccines. Watch their eyes, these fakers and fabulists, blusterers and buskers. When I was a kid, I naturally assumed grown-ups had a firm grip on things. Now that I am one, I can see how mistaken I was.

From what I can gather, as I sit here in this rustic bar on a palm-fringed beach, the government has dropped the ball early in the second half of the game. Countries like Belarus and Romania, where people wear animal skins and speak languages that nobody, not even themselves, can understand, are in possession of vaccines.

The European Commission was quick off the mark when it came to negotiating for vaccines for EU citizens. The African Union, on the other hand, is still negotiating with Thabo Mbeki to return a djembe drum he “borrowed” while on a state visit to Ghana.

Thing is, we can’t have nice things. Give us the vaccine and we’ll dilute it with Oros and sell it to our neighbours for double the price. Our skills in the banditry business mutate faster than Covid ever could and the only reason there’s a delay is because the government is haggling for a bonsella. Or asleep at the wheel.

British scientists say they are concerned the vaccine might not work on the new strain in South Africa. Oh, so now you care about us? You’re 200 years late, mate. Besides, we’re used to things not working. We expect stuff to break or to be taken away from us. Over-promising and under-delivering is part of the fabric of who we are. We don’t want to live in a world where everything makes sense and the trains run on time. If we did, we’d move to Switzerland. Not that they’d have us.

And just because some vaccines need to be stored at -70°C doesn’t mean we can’t have them. We can strap them to Helen Zille, the coldest object in the country. Although we’d probably have to join the DA to get a shot. Might not be worth it.

Meanwhile, I think we need to start encouraging rather than criticising the anti-vaxxers. Let them have their stand. By all means, bro, don’t take a vaccine. It means more for the rest of us and, at the same time, all the mucky bits in the gene pool will eventually get flushed out.

5 thoughts on “Let the vax speak for themselves”