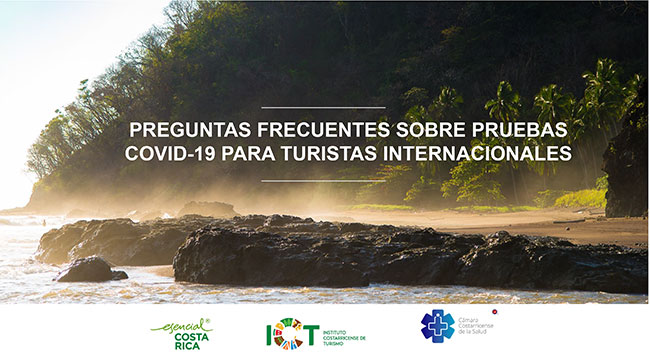 My holiday in Costa Rica is over and I am on my way home. Three months have flown by in the blink of a fish on a bicycle. Since the concept of time has become meaningless, feel free to make up your own way of describing the passage of whatever that thing used to be.

With less than a week remaining on my visa, filled with loathing at the idea of returning to a country that can’t keep the lights on, the Costa Rican government decided to extend all tourist visas by another three months. All I would have to do is buy additional health insurance and change the return date on my air ticket. However, this being a region where tropical brain rot is not an uncommon affliction, even among politicians, they forgot to extend tourists’ driving licences at the same time.

This meant that while I could stay, I couldn’t drive. Since I had been using a Jeep belonging to Bloke, my son-in-law, I told him that I was quite happy driving without a licence. From what I’d seen on the roads, nobody in Costa Rica had one anyway.

Bloke prised the keys from my hand and said the police would confiscate the car if I was caught. My insistence that I could outrun any cops fell on deaf ears, largely because I couldn’t back it up with any realistic evidence. And also because he’d left the room.

A lot of expats do a border run every three months. Cross over to neighbours Panama or Nicaragua, pick up an STI and a fledgling coke habit, and come back with a fresh visa. Thing is, Costa Rica’s land borders are still closed. So you can stay, but if you want to keep driving, you’d need to fly somewhere and fly back. Sheer lunacy. I checked out the options.

A return ticket to Panama City – a mere 90-minute flight – would cost me upwards of R8000. I’d also have to take one of those disgusting nasopharyngeal tests to get into Panama. I was outraged and demanded to speak to someone. Anyone. About anything. But there were no takers and I was left to rant and rave to myself. Eventually, I ran out of energy and rum and attempted to approach the issue as an adult might.

Instead of thinking with my heart or willy, as is my wont, I used my head. It got ugly at times but I eventually decided that it made more sense to go home, regroup and return when either the world normalised or the Costa Rican government emerged from its siesta.

Bloke and my increasingly irascible loinfruit refused to take me to San Jose airport, so I had to get a taxi for the four-hour hell run. Having spent three months learning to drive like a local, I realised how much I still had to learn. Like how to overtake on blind corners while texting with one hand and eating chicharrones with the other. Or when to accelerate (always)  and when to brake (never) on a dangerous mountain road. Thanks for the masterclass, Diego, if that’s your real name.

My travel agent, who appears to have taken up crystal meth as a coping mechanism, said she thought I might require a Covid-19 test either for Germany or South Africa. Thought? Might? These are ambiguous grounds upon which to base a decision on whether to allow one’s olfactory apparatus to be rudely invaded by strangers.

My natural inclination to throw caution to the dogs was tempered by the fear of being labelled a deadly health risk and dragged from the airport, so I found a backstreet clinic that promised a test turnaround time of three hours. Perfect. Just in time for my Lufthansa flight. A woman with beautiful eyes, dressed seductively in a white hazmat outfit, lured me into a cubicle and asked if I’d ever done this before.

I sniggered like a schoolboy and wiggled my eyebrows. There was an awkward silence before she turned and reached for an instrument the size of a child’s jousting lance. I’ve had some dodgy things up my nose before, but this was perfectly unpleasant. So was I. On my way out, a growler at the front desk said, “Don’t come back.” I like to think she meant they’d send me the results, but I can’t be sure.

Three hours later, I got an email saying that I was negative. I assumed this wasn’t a reference to my attitude.

Anyway, it wasn’t an entirely wasted effort as the hombre at check-in asked for my status. “Single,” I said, with an exaggerated wink. He sighed and put his hand out. I decided against taking it gently in mine and handed over the evidence that I wasn’t going to kill everybody on the aircraft. Then I begged him for an emergency exit seat to accommodate my freakishly long legs. No problem, he said, seating me in a middle row in the section that’s always first to disintegrate on impact.

An hour before boarding, the loinfruit sent me a message to say the government had announced the extension of visitors’ driving licences. Gracias por nada, amigos.

I am currently at Frankfurt International Airport. It’s 7°C and I’m still dressed for Costa Rica. My body clock says it’s 9am but the clock on the wall says 5pm. I have overruled my body and ordered a brace of Heinekens which cost the same as a downpayment on a small house in Durban North.

Someone on the PA keeps screaming, “Achtung!” and I really wish they wouldn’t. I’ve just survived a sleepless 12-hour flight and I’m starting to feel like Flight Lieutenant Andrew MacDonald in The Great Escape, who is arrested after a suspicious Gestapo agent at a train station tricks him into speaking English. There were certainly times when flight LH519 from Costa Rica felt like Stalag Luft III. I should probably learn a few rudimentary German phrases just in case.

Achtung! A policeman has threatened to arrest me for not wearing a mask. I was going to explain that I’m in transit but feared he might think I was transitioning to a woman and arrest me anyway. Instead, I pointed at my neat row of Heinekens and said, “But I’m drinking beer.” He looked at me with his cruel, young face and said, “There is no beer.” It seemed inadvisable to point out that there very clearly was beer. I backed down and put on my mask, a cheap fashion number that protects nobody but is very comfortable to wear.

He said he’d be back, presumably with a Panzer tank, if he caught me without my mask again.

In a few minutes, I have to get on another 12-hour flight. This time to Joburg. Then another to Cape Town. By the time I get home, I will have gone at least 50 hours without sleep. That kind of thing is fine if you have access to high-grade amphetamines. All I have is a small stuffed sloth. It’s not going to be enough.

15 thoughts on “No more pura vida”