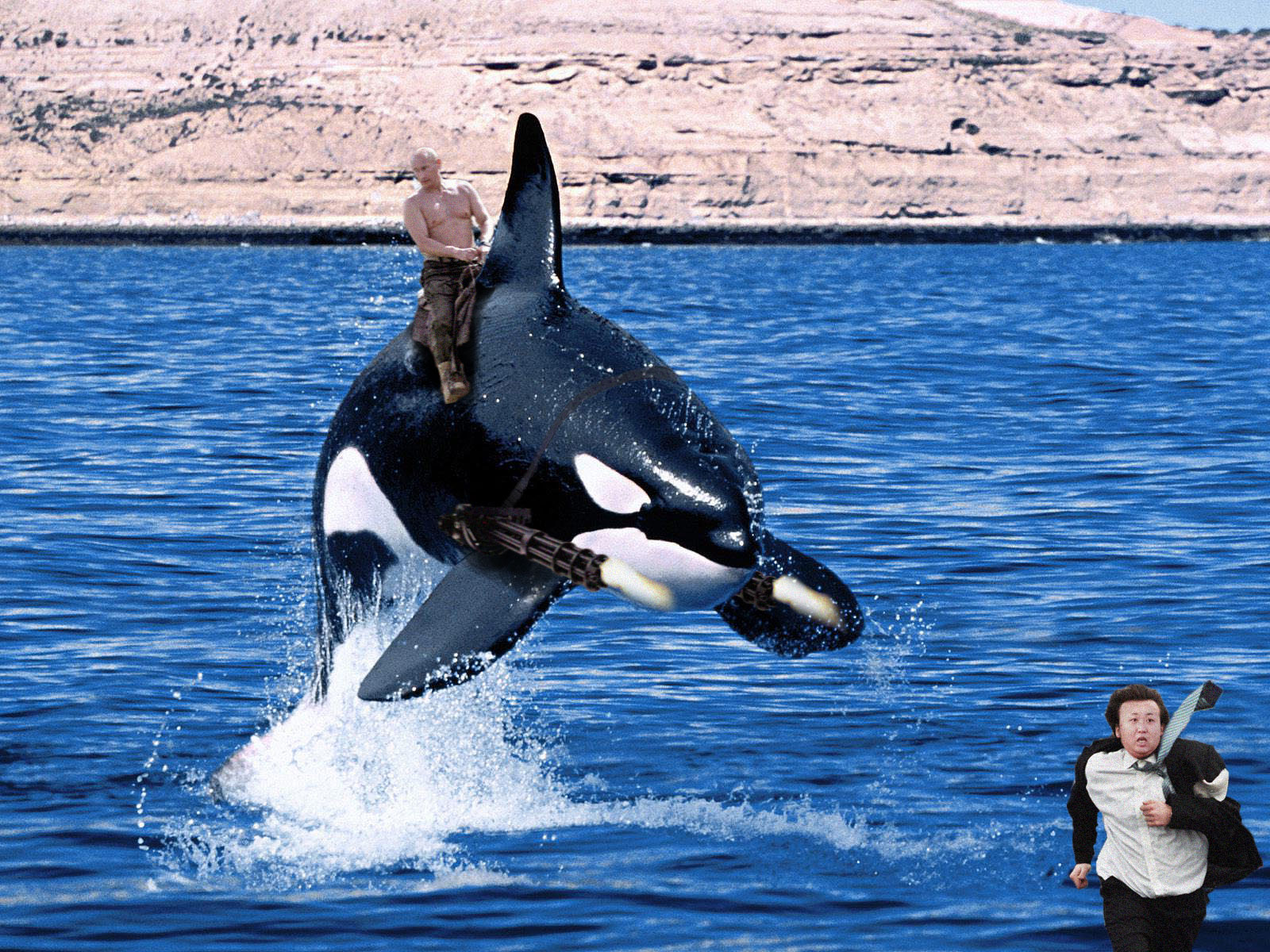 This pandemic malarkey is starting to get old. It’s all a bit 2020, really. Lockdown, schmockdown, right? Been there, done that. I mean, let’s be honest. When last were you shocked by any of the Covid-19 statistics or graphs trotted out each week by one or other government agency?

It’s been over a year and we’re bored. We need something new. If the media hope to keep our attention, they are going to have to come up with something altogether more captivating.

Hold on, what’s this? CNN is reporting that Russia’s developing something called the Poseidon 2M39 torpedo. This nuclear-powered beast is capable of carrying a multi-megaton warhead. Defence officials say it is designed to annihilate US coastal cities with radioactive tsunamis.

Yes! This is what I’m talking about. Regular tsunamis are one thing, but radioactive tsunamis! Now that’s something worth watching on the telly. I like to imagine that once Miami has been rendered even more uninhabitable than it already is, Vladimir Putin would appear shirtless on the back of an orca to survey the sheer awesomeness of his power.

While we’re waiting for climate change to melt more ice in the Arctic so that Vlad can create increasingly fabulous weapons of mass destruction, here are some other events I hope to see before the ANC’s internal squabbles finally drive me to pick up a pair of scissors and stab myself repeatedly in the eyes so that I never again have to read about them.

* Scientists at Wits University manage to successfully insert genes from the Melanorosaurus into Helen Zille’s genome. The Melanorosaurus lived in South Africa during the Late Triassic period, an era from which Zille draws many of her ideas. A herbivore with a large body and sturdy limbs, (the dinosaur, not Zille), Melanorosaurus means “Black Mountain Lizard” in ancient Greek. Analysts said the new species, Helenoboreus, meaning “White Beach Lizard”, could have a positive impact on the political landscape in that it wouldn’t be physically equipped for social media. It would, however, require its own seating arrangements in parliament and a fairly large salad bar.

* Researchers in the Transylvania region of central Romania discover a hairy-legged vampire bat that cures Covid-19. Patients infected with the coronavirus need to bite the bat and ingest at least 5ml of its blood. Side effects include an inexplicable desire to fight crime. The cured are advised to avoid joining the SA police as they will find themselves alone in their desire.

* Elon Musk renounces his American citizenship and moves to Gqeberha. He turns the Eastern Cape into a global powerhouse by growing and exporting the finest marijuana in the world. When police try to stop him, he buys the police. And then the army. Musk makes electric vehicles mandatory in the defence force. Eskom finally collapses and troops are issued with bicycles. Eswatini invades South Africa and two days later King Mswati moves into Mahlamba Ndlopfu and takes nine million new wives. Musk returns to America and is arrested as an illegal immigrant.

* To encourage creative thinking and a spirit of competition, the government abolishes salaries in the civil service and legalises the solicitation of bribes. Service delivery improves overnight.

* The conspiracy theorists are proven right about vaccines changing your DNA. Babies start being born with elephant trunks instead of noses. Old people begin barking like dogs. In Benoni, a diesel mechanic sprouts wings and flies out of his workshop and into a bus.

* The Kraken turns out not to be fictitious and wakes on a Thursday afternoon off the coast of Norway. Half-crab, half-octopus, half-David Attenborough, it ambushes and kills the Norwegian and Icelandic whalers before swiftly moving through the world’s oceans. On its way to Japan, it stops off in the Faroe Islands and murders the men who slaughter hundreds of pilot whales each year. He also destroys bottom trawlers and visits the homes of executives who certify tuna to be dolphin-safe when they know it’s not.

* Ace Magashule abandons his political career, becomes a pastor and starts his own church. On The Run Ministries offers redemption and new identities, baptisms in holy revenue streams and a range of services that come with a 10% tithe. Confessions are not encouraged.

* Cannibalism is legalised, allowing the very poor to eat the very rich. Tuesdays only. Due to limited resources, the state will not assist the poor in catching their prey although exceptions can be made for the disabled. Hunting must be done on foot. No weapons permitted.

* With the government out of ideas on how to remedy the imbalances of the past, they reintroduce apartheid, with black people being reclassified as white and white people, black. There is mass confusion, but once the nation is properly informed about what is happening, everyone is happy. Everyone apart from the white people who are now black.

* A gecko has just fallen into my gin and tonic. This is not a news event. I apologise for the abrupt ending, but this requires my urgent attention.

5 thoughts on “Orcas, Putin and the real Godzille”