I am a feminist at heart and wouldn’t claim to be anything else, so I called Ted and said we ought to celebrate our inner women by pretending to be women, which is what I expect women would want men to do on Women’s Day.

Ted thought it was a fabulous idea and half an hour later came flouncing up my driveway wearing a purple chiffon cocktail dress and a pair of bloodstained army boots. I explained to him that the objective was to pretend to be real women and not a pair of murderous transvestites.

I picked out one of the Bad Yellow-Eyed Woman’s evening gowns. The hemline swirled about my knees in a most alluring fashion, which is more than can be said for the top half which just kind of hung around like a Jehovah’s Witness.

I told Ted we needed a boost in the boob department or our cover would be blown. I left him browsing through her bra drawer. Unlike the male organ, women’s breasts vary in size depending on their weight, marital status and mood.

“Find me a 52B,” I shouted, mixing myself a suitably girly wine spritzer with a shot of tequila gold on the side and two beers to chase.

While Ted was developing a cleavage I perused the internet to see what Women’s Day specials were being offered. I was expecting to find lavender-scented pepper spray, Rasta masseurs from Gambia and coffee table books featuring lipstick lesbians in a range of tastefully lit positions.

Really? This is what women want on Women’s Day? I felt deflated. “Here,” said Ted, “stick these down your top.” Feeling a bit more inflated, I wiggled my faux bosom, drained my tequila and headed for the car.

Our first port of call was the beautician. I fixed Ted’s wig and he fixed mine. He was a blonde, I was a redhead. I had found a drawer full of wigs at home. Probably from the days when the Bad Yellow-Eyed Woman was stalking medical students instead of focusing on her studies. We still joke about the unmarked graves of those who refused her advances, except in her case it’s not so much a joke as it is a confession.

Her name was Xandra. That’s what it said on the name-tag on her blouse, if that’s what you call a garment so sheer you get vertigo every time it comes near you. I pronounced it with a Xhosa click even though she was a very white girl. “It’s pronounced Zandra,” she said, smiling for one-hundredth of a second.

“So you want a wax?” she said. “Yes please,” said Ted, “and a polish.” Ted gets his humour from Top Gear. That’s why he never gets laid. I nudged his leg to indicate that he should lower his voice by several hundred octaves. He thought I was initiating some sort of silly game that girls indulge in when they go to the beautician and I had to play along until the nudging and pinching and giggling turned into slapping and punching and cursing.

“So,” said Xandra. “Do youse want the bikini, the moustache, the landing strip, the American, the Brazilian or the Hollywood?”

Ted said he wanted the Kentucky Fried Chicken but she had never heard of it before and nor had I so I said we’d just get our nails done instead.

She looked at my hands and shuddered. “Do you bite your nails?” she asked. Of course I bite my nails. How else do men keep their nails short? She said there was nothing she could do for them. Ted said he had heard there was some kind of acid that they offered clients. Xandra perked up and began telling him about the acid options that would rid his feet of callouses. He told her he was more interested in the acid options that would rid his mind of reality.

She ignored him and offered me a seaweed wrap which made us think of sushi so we headed back to the car where I changed into a little red skirt, fishnet stockings and high heels. Ted asked what I thought I was doing.

“Can’t a girl look nice on Women’s Day?” I said, pretending to scratch his eyes out without bothering with the pretending part. Screaming and clutching his eyeballs, he shouted that  I deserved everything I got if I went out looking like a low-rent whore.

“That’s the spirit,” I said, sashaying off down the road to a nearby sushi bar that didn’t sell sushi. Within the space of 100m, we were whistled at, hit on and propositioned nine times. It seemed so wrong to turn down all these offers of sex, and yet we had to. As women, it was expected of us. Inexplicable, really.

Sitting on the verandah sucking upon our aperitifs – if one can call double brandies and coke an aperitif – it soon became apparent that gentlemen were giving us the venereal eye and making remarks that fluctuated between the misogynistic and the moronic.

Ted began acting like a complete slut. He batted his stupid little man eyelashes, flashed a slab of flabby thigh and did something revolting with his tongue.

“What the hell are you doing?” I hissed. While continuing to flirt with what looked and sounded like a meeting of the Boeremag’s technical division (Krugersdorp branch), Ted explained that he was paying the ultimate homage to women on Women’s Day. Women, he said, wielded the most incredible power. He said he could feel it pumping through his veins like molten lava. I reminded him that he wasn’t actually a woman and that it was most likely the brandy and not lava at all, but he was having none of it.

He stood up, flicked his wig, smoothed his cocktail dress, puckered his lips and said, “Fuck you all, you bunch of ignorant cock-sucking losers.” Then he took my hand and we flounced right out of there.

It felt so liberating to treat men like the filth they are without any risk of getting my head kicked in that I may well have a sex change. 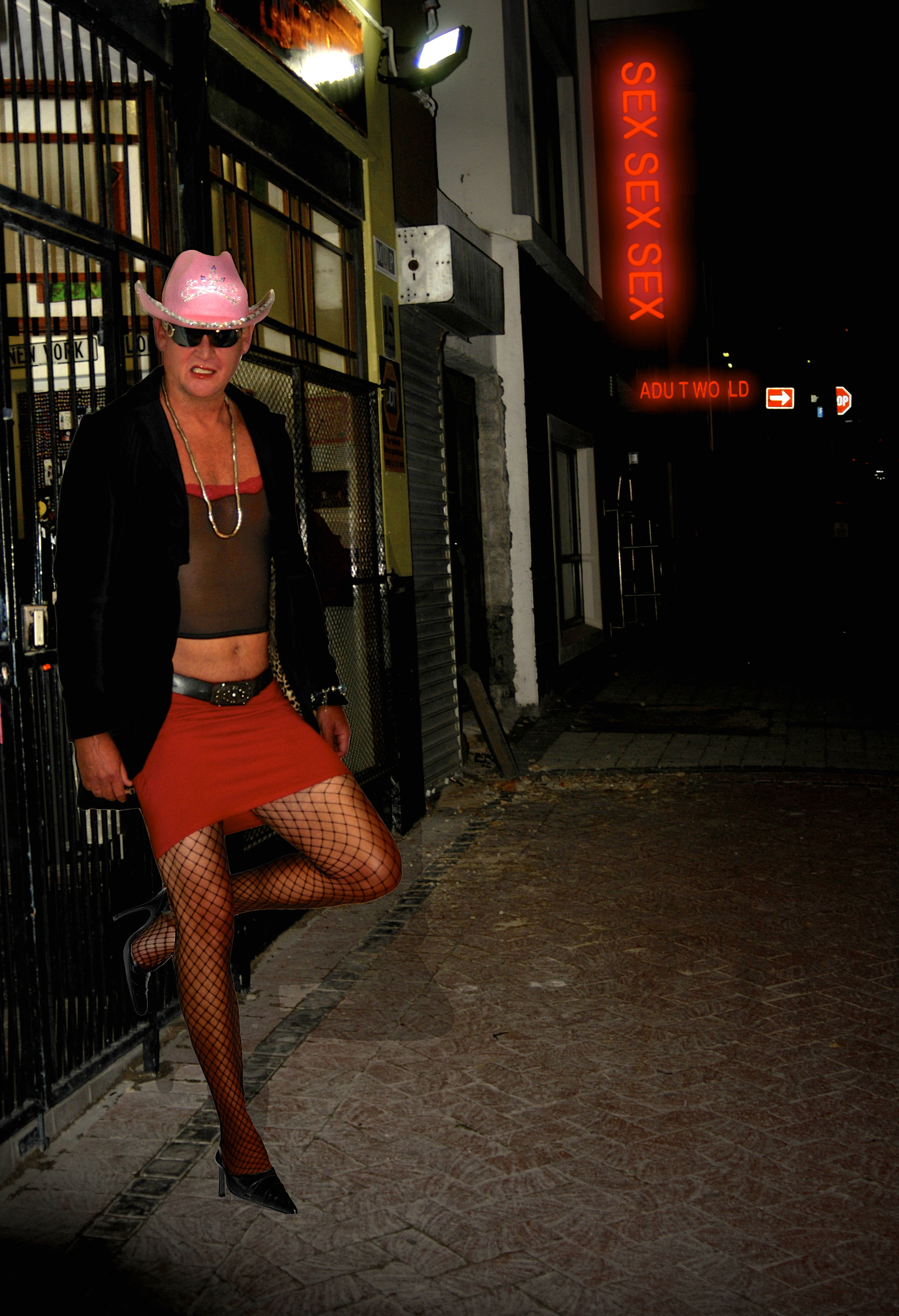