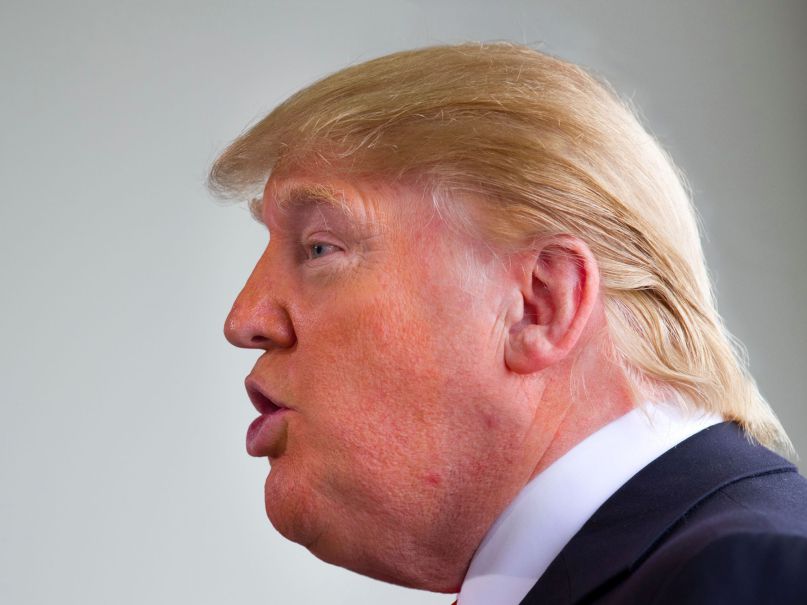 Thank you so much for your recent tweet in which you threatened to invade my country if the government didn’t stop killing all our white farmers and stealing their land. I live in a very violent country and we need all the help we can get from civilised countries like yours. Did you know that fifty people die violently every day in South Africa? Then again, none of them are farmers. Also, they are black. Forget I mentioned it.

This was your very first tweet in which you mention Africa and we are honoured that you chose to single us out among all the other covfefe countries like Nambia and Zimbopaloowop.

I fell in love with that tweet, sir. So much so that I have to reproduce it here so that even more people can be exposed to your intellectual prowess and unique insight into global foreign affairs.

“I have asked Secretary of State @SecPompeo to closely study the South Africa land and farm seizures and expropriations and the large scale killing of farmers. South African Government is now seizing land from white farmers.”

And you fired this dramatic shot across my government’s bows without even needing to consult anyone in your administration! I suppose that’s what Fox News is there for. Barack Obama would have definitely made some kind of spineless attempt to ascertain the so-called ‘facts’. I get the feeling that you might have had a bit of a chat with one of the boys, though. They’ve been out here, right? Of course they have. They killed a bunch of our animals. I think it was Eric who was photographed holding up a knife and an elephant’s tail. If anyone knows anything about South Africa, it’s Eric and the other one. The throwback. You know who I mean.

Not everyone here is thrilled about your tweet. For a start, my government is terribly upset. They say they haven’t actually seized any land from white farmers. That’s an appalling argument. Just because something hasn’t happened doesn’t mean you can’t condemn it. As a graduate of the Lewis Carroll School of Political Philosophy, you understand this better than most.

Some homeless loser called Patrick Gaspard – probably an alias – accused you of “needing political distractions to turn our gaze away from his criminal cabal”. This desperate drug fiend had the gall to claim that you have never visited Africa and have no discernible Africa policy. Fake news! Your tweet showed the world that you do have a policy on Africa. Well, Fox news host Fucker Carlson does, and that’s good enough for me. Anyway, why on earth would you need a policy longer than 280 characters for a continent that you recently described as a shithole?

Oh dear. I’ve just googled this Gaspard character. It turns out that he’s a Columbia University graduate and was the American ambassador to South Africa from 2013 to 2016. It doesn’t matter! The point is that he was born in the Congo to Haitian parents! That’s two strikes right there. Three, if you consider that the traitor is probably fluent in French. You can’t trust anyone who knows a second language.

Julius Malema (you won’t recognise the name) said his party of Economic Freedom Fighters aren’t afraid of you. He doesn’t seem to realise that he’s joining the back of a long line of people with similar sentiments and it will be decades before he gets to you. Nothing to fear there, Mr President.

A lot of other people in South Africa implied that they will fight you on the beaches. This is what happens when you allow black people onto the beaches. In the good old days, the US Marine Corps would have been able to come ashore at Addington Beach and Camps Bay without a problem. Then again, there would have been no need because back then we had a government which understood that white and right rhyme for a reason.

But you do have allies on these hostile shores, Mr President. There is a group called AfriForum mandated by none other than God to protect the rights of minorities. When I say minorities, please don’t think I am talking about the Bushmen. They had their chance and blew it. Too much time spent sitting around fires communicating with the ancestors instead of forming armies. Africa is not for pussies. You can’t just grab and kiss.

I should warn you that AfriForum is trying to claim credit for your tweet. The group’s CEO, Kallie Kriel, who would probably be the equivalent of your Imperial Wizard in the KKK, said this in a statement: “I think our lobbying has certainly had an impact because we have spoken with a lot of people who have had contact with President Trump and we have spoken with many think tanks, one of them for example the Cato Institute, which has taken a very strong stance shortly before this statement now by President Trump.”

Be careful of these people. You might think they are allies but they cannot be trusted. Their once glorious National Party folded like a pack of cards and many of their members joined something called the Democratic Alliance. As you know all too well, the very word Democratic is a scourge and a curse.

I must admit that I and many of my countrymen know very little about farming, let alone farm seizures. I had an epileptic dog called Julius Seizure once but that doesn’t really help. So when you asked Secretary Pompeo to “closely study the South Africa land and farm seizures”, my heart was filled with hope. Please ask Pompeo to share his findings with us because nobody here really knows what is going on. Also, if you do get the chance, please ask Pompeo to change his name. Out here, a Pomp is a sexual act and we find it hard to take him seriously.

Anyway, Mr President. It’s getting dark and I have to unleash the hounds, feed the crocodiles, activate the landmines and make sure the perimeter guards have enough bullets for the night. I can only imagine it’s worse for the farmers.

If our government gives you any more guff, send in the troops. They will be met by some of our finest men, including Oberstgruppenführer Steve Hofmeyr and his loyal sidekick Sturmbannführer Adam Catzavelos. If they are on holiday, we have many others to take their place.

Good luck with the impeachment. 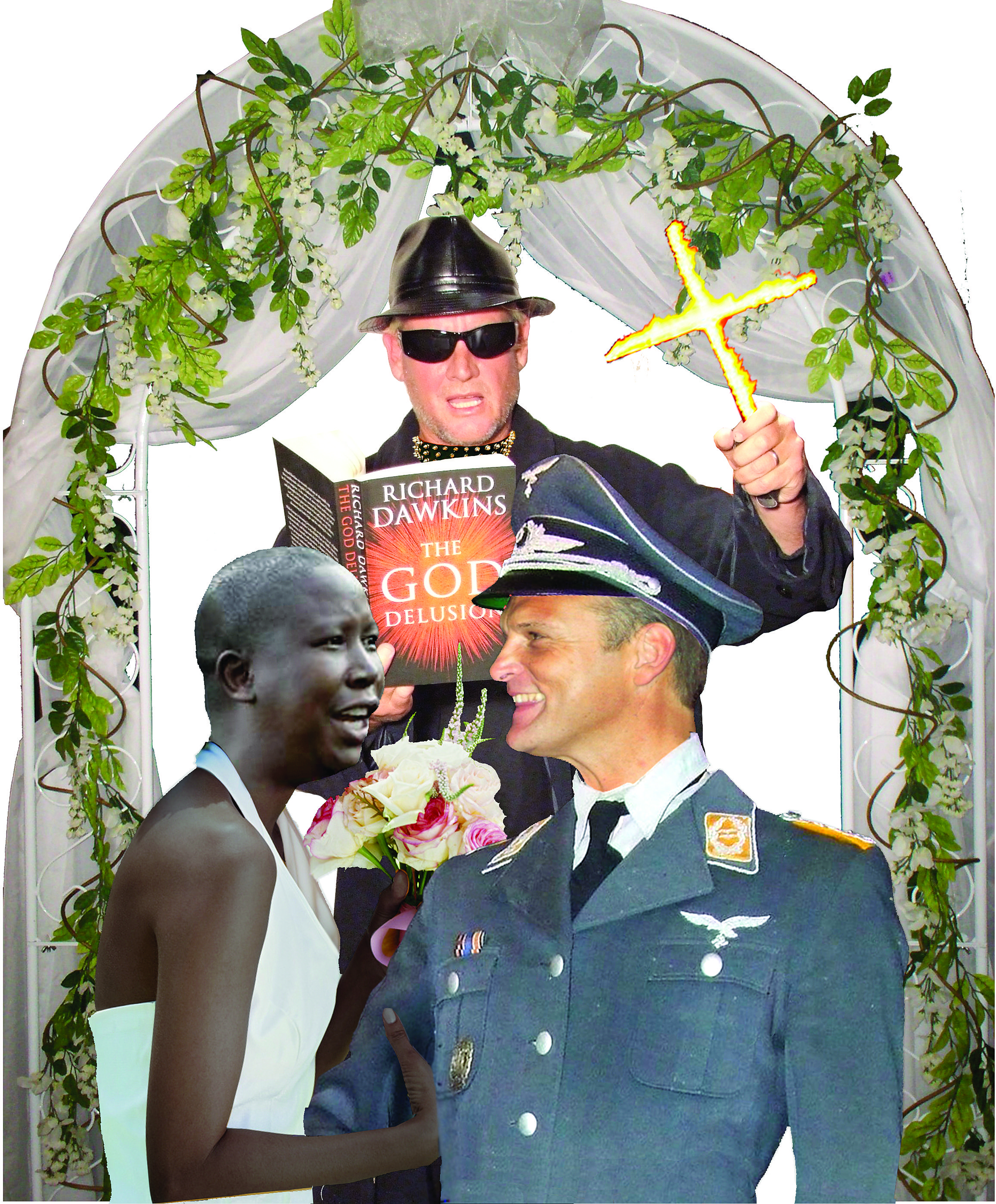