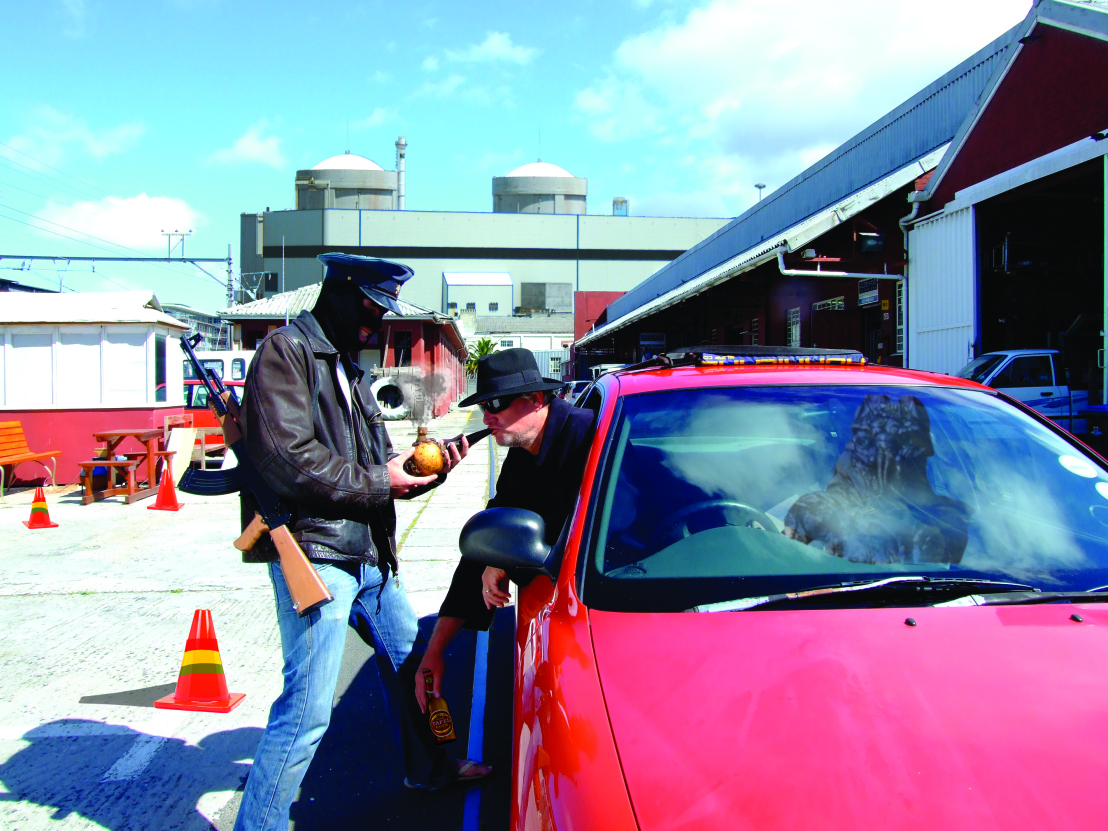 So parliament has approved yet another malevolent piece of legislation. The Aarto Amendment Bill will now be sent to the president to be signed into law. Its full catchy title is the Administrative Adjudication of Road Traffic Offences Amendment Bill. Rolls off the tongue, doesn’t it.

Eleven MPs voted against it. Well done, whoever you are. Twenty-two abstained. Spineless cockwombles. If you don’t have an opinion, get the fuck out of parliament and make way for people who do.

Amendments are meant to be good, right? We look to the glorious United States of America to set the standard here. The First Amendment guarantees freedom of religion, speech and the press. The Fourth Amendment protects people from unreasonable searches and seizures. The Eighth Amendment deals with excessive bail, fines and punishments that are forbidden. And so on. This gives the impression that amendments are good things. A tweaking of laws so the people might be better served.

Not here, buddy. When you hear the word ‘amendment’ in South Africa, you sell your house and get to the airport as quickly as possible. Leave your family. There’s no time.

And when the word ‘amendment’ appears in the same sentence as ‘road traffic offences’, you should know it’s not going to be a sensible amendment that encourages people to drive stoned because they are unable to go faster than 50km/h. Or an amendment that allows men to drink and drive if they are taller than 1.9m because we, I mean, they, can obviously hold their alcohol a lot better than a 1.5m teenage girl.

Instead of making good laws better, we’re making bad laws worse. This is in line with government thinking on pretty much everything, really. There is good news for some, though. Once the president has signed the bill, traffic police will be able to demand far bigger bribes since the stakes are so much higher. I’m happy for them. There’s no reason bribes shouldn’t keep pace with inflation.

In KwaZulu-Natal, traffic officers have already been trained “so that they can adapt to the new law”. Fair enough, although I would’ve thought it more important to train us, the general motoring public, who seem utterly unable to adapt to laws of any kind.

From what I can make out, the amendment is designed to reduce carnage on the roads in the most brutal way possible. On top of being fined, you will have points added to your licence. This sounds like a good thing. But if you go around boasting that you have 97 points on your licence, you’re doing it wrong. The higher your score, the more your chances of losing. It’s like golf, except you’re playing against Tiger Woods off his face on amphetamines.

Will the demerit system reduce the number of accidents on our roads? Of course not. I’m willing to wager that most crashes are caused by people not paying attention. The proliferation of cellphones, social media and infidelity has taken away our ability to concentrate for more than three minutes at a time. Accidents happen when our minds are elsewhere.

So the demerit system is not going to make drivers any less attention deficit. All it will do is take a vicious financial toll on motorists who activate speed traps, don’t use seatbelts and park in loading zones, all of which I do regularly without anyone getting hurt.

Here’s how it works. Do something naughty and you will receive an infringement notice ordering you to pay a fine. Ignore it and a month later you’ll get a “courtesy letter” – for which you will be charged – reminding you to pay up. Ignore that and 32 days later you’ll get an enforcement order notifying you of the number of demerit points against you and again ordering you to pay the fine plus the cost of the enforcement order. Until you pay, you won’t be able to renew your car licence disc. Ignore the enforcement order and a warrant of execution will be issued and the sheriff will come to your house and take your stuff. This is a way of getting rid of the junk in your garage. He is also allowed to confiscate your licence, immobilise your car and report you to a credit bureau, after which you may wish to emigrate.

Let me tell you about the demerit system. You start off with zero points. Skip a stop sign, fail to renew your car licence or use your cellphone while driving and it’s a R500 fine plus one demerit point. Exceeding R100km/h in a 60km/h zone – which even old mad blind people do – will get you six demerit points and a fine. Drive with more than 0.05g of alcohol in your blood – which absolutely everyone does – will also see six points added to your licence. Plus a fine. You will then be stripped naked, given a light stoning by clerks from the finance department and, once the Alsatians have finished with you, banished from your village.

When you reach 12 points, the game is over and your driving licence is suspended for three months. One point is taken off if you behave yourself for three straight months. But get three suspensions and your licence is cancelled and destroyed. If you ever want to drive legally again, you will have to undergo a “rehabilitation” programme. That’s right. You’re going to rehab. And don’t expect any yummy methadone, either.

If the tribunal decides that you have learnt from your mistakes – contrition is best shown by wearing sackcloth and lashing yourself with a cat ‘o nine tails – you will be able to apply for a learner’s licence. If you pass, you may take a driver’s test. I’m not making this up. They really think this is going to work.

Pregnant women will be applying for their unborn babies to write the K53 test in the hope that they’ll get an appointment by the time they turn 18. If you do get 12 points and lose your licence, you will be in a retirement home by the time you reach the front of the backlog.

3 thoughts on “The fast and the furious, the fucked and the feckless”