Or should I call you President Trump? It certainly has a magnificent ring to it. Magnificent, obviously, in the way that a tornado heading for a redneck trailer park in, say, Texas, is magnificent. On second thoughts, president is not a powerful enough designation for a man of your caliber. In the parlance you’re comfortable with, president is a pussy word. A lot of terrible people have been and still are presidents. Nixon, Mugabe, that North Korean lunatic, Caligula, Zuma. The list is endless.

When you win the elections, your first executive action must be to declare martial law. Impose curfews. Roll out the tanks. And forget about the White House. That’s for gay liberals like George W Bush. You need to move into the Pentagon and get fitted with a uniform made of Kevlar and lion skins. Maybe get a bandolier of solid gold bullets to string across your chest. Since you’ve never been to war, you’ll have to make some medals of your own. The centrepiece could be an Iron Cross studded with rubies. Your new title could be something like Field Marshal or, even better, Führer. You will also need to declare yourself President for Life. The sooner the proletariat know where they stand the better it will be for you. In fact, don’t let them stand at all. That just encourages the swine. Keep them on their knees.

One of the reasons I want to work for you is because you’re not an intellectual. You tweet while others read. You talk first and think later, if at all. Thinking is heavily overrated. Winners like you act purely on animal instinct. The only point of having an opposable thumb is to help you sign cheques and death warrants. And pull triggers.

Speaking of which, how are the boys? The last time I saw a picture of Donald Jr and Eric, the naughty little scamps were holding up bits they’d hacked off wild animals while hunting in my country. Does Eric still have the elephant tail? I bet he uses it to whip his boyfriend’s ass when they’re home alone. Fair play to him.

I would vote for you in a heartbeat because you are so full of brilliant ideas, among other things. Your notion that America should ban all Muslims was a stroke of genius. Are you really a genius or did you just have a stroke? I apologise. This is not the time for jokes. Not that there ever really is a time for jokes. Jokes are for losers.

I also applaud your stance on climate change. If the climate has a problem, then the climate must change, not us. We were here first, right? That’s the problem with the environment. It’s always doing something dramatic to get our attention. Worse than a needy child. When you’re in charge, I hope you punish it with loads of pollution.

Well done on winning New Hampshire, by the way. What was second prize? Vermont? In South Africa, we can’t be trusted to nominate a presidential candidate of our choice. This is done for us by others. We’re not entirely sure who they are. Some say they are extraterrestrials similar to the giant prawns in the nature documentary District 9, only less articulate.

You have much in common with our president. Well, just the one thing, really. You both lack any sense of shame. I think that’s because you both have a background in reality television, except Jacob Zuma who has no grasp on reality and doesn’t watch television. Not the news, anyway.

Big Don, you have this one in the bag. Your nearest rival in the Democratic camp is Hillary Clinton. As you know, she has strong and weak points. Her strong point is that she’s a woman. This is also her weak point. You have nothing to worry about there. Nor do you have to worry about Rubio and Cruz. Goddamn immigrants. Them rummed-up Cubans are worse than them mommy-jabbing Mexicans, I tell ya. Once you’re done bombing the shit out of ISIS, bomb the shit out of Cuba. Then turn it into a giant theme park. Like Disneyland but without all those homo cartoon characters. And have guns. Lots of guns.

Also, you need to replace your Supreme Court judges with the people who run your casinos. Justice is a gamble and you’re a five-card stud. With the law in your pocket, nothing can stop you. Scrap the states and make it one big America. Rework the pledge of allegiance. Replace the word “God” with “Donald Trump The Greatest Man Who Ever Lived”. And take out that nonsense about liberty for all. It just confuses people.

How was your Valentine’s Day, by the way? Did you give your daughter something special? I bet you did, you old rogue, you. Well done. The family that sleeps together stays together.

Looking forward to seeing you set some serious snares on the ol’ campaign trail. That ancient commie bastard Bernie Sanders is bound to stumble into one sooner or later.

And good luck for South Carolina. My advice is not to bother going after the darkie vote. They probably haven’t forgotten that slavery business even though god knows they’ve had long enough to get over it. No matter. The Evangelical Protestants are gonna lap you up. Sorry. That sounds a bit faggoty. You know what I mean.

Anyway. I’m your biggest fan. Can I have a million dollars? 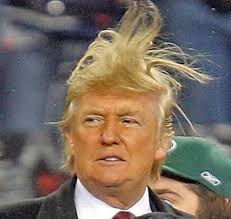 48 thoughts on “An open letter to Donald Trump”