Anyone who knows me or has read my ‘work’ will also know that if I am to be found somewhere, it’s unlikely to be in the bush shooting animals in the face for sport.

So you can imagine my surprise when I got an email this week from something called Heart of the Huntress asking if I’d be interested in sponsoring their event. I was hoping it was a reality show about women who get together and hunt rapists. It wasn’t. Heart of the Huntress is a programme where women get together and hunt animals. The ultimate game show, where there are no rules and the game dies.

The fifth series of the 13-episode show starts in October, when “the girls will meet up with Otjere Wildlife Safaris in the Omitara district in Central Namibia for an unmatched African experience with 2 special guests.” 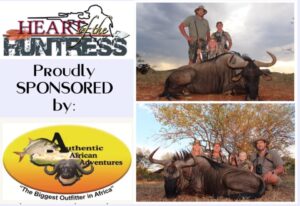 Here’s how the email starts: “Dear Potential Sponsor.” The personal touch is always a winner. It goes on to promise that, “Each girl will work very hard to represent our sponsors and expose the Heart of the Huntress in their country, including the United States, Europe, Australia and South Africa.”

I am asked to contact Hennie van der Walt from Game & Hunt or Margaret Botha, a professional hunter from eMalahleni, for any “assistants”. I have always wanted an assistant. Two might be nice. If I could get to choose them, I might consider lending my support to this delightful project.

I had been planning on having a chilled day. Nothing more taxing than lying slack-jawed and drooling on the couch. Then this happened. I felt my loins stir. My lions. It couldn’t be ignored. Further investigation was called for.

Putting on my surgical gloves, safety goggles and biohazard suit, I clicked on their Facebook page.

“The Heart of the Huntress team comprises of three strong-willed, independent women from three different continents … unified by a passion.” That passion being gunning down animals for fun.

After shooting (ha ha) in South Africa this year, the grisly production is now moving to Namibia for series 5.

The five women who will “experience the warmth and hospitality of Africa” are Christie Pisani (Australia), Donna Partridge (Australia), Margaret Botha (South Africa), Rudie de Waal (Namibia) and a “special guest” from USA/Europe. 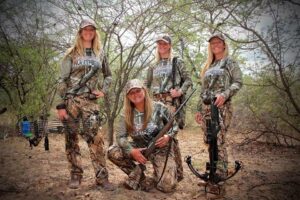 Here’s how the show works. In each episode, one of the women will hunt an antelope using a rifle or a bow. The film crew from Wild Media Productions will capture “the grit and determination, coupled by the emotions of their new experiences, and entrenching their passion for hunting”.

Once they have washed the blood off and downed a brace of gin and tonics, they will gather around the campsite at night and chat about the day’s carnage. “We will be able to see into the heart of the huntress, to see what makes them role models for women who share their passion, or are also interested to start hunting.”

They thank Canada’s Chantelle Bartsch for being their guest hunter in series 4. She showed “an eagerness to learn and immerse herself in the experience of hunting at Phillip Bronkhorst Safaris”. This seems to suggest she was something of a novice. That’s okay. Our animals are more than happy to help amateurs who need to work on their aim. Unless, of course, they meant she was eager to learn how to perform for the camera. 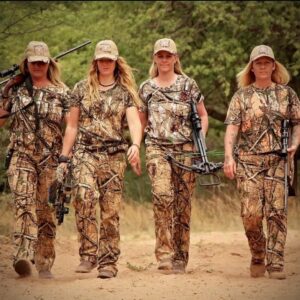 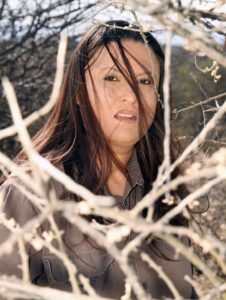 Chantelle had the “unique experience” of hunting the Heart of the Huntress Impala Slam. I don’t know if that involves wrestling moves. Shoot your impala in the leg and pin him down. If he beats his paw three times on the ground, he loses.

I learn that Aussie Donna’s impala hunt with Eli van der Walt was “her hardest hunt mentally”. I’m not sure if that’s because she had to maintain a conversation with Eli or because she had an epiphany that trophy hunting was a cowardly and barbaric thing to do.

Oh, wait. Here’s the answer. “After the other 3 girls had taken all of their colour variant impala, Donna was left with the last one: the Black Impala. This meant the opportunities were few, as she could not just shoot the first Impala she saw.” A situation fraught with mental tension, indeed. By sunset on the second day, Donna was feeling the pressure. Then, like a gift from Jesus, a black impala wandered into her sights and BAM! Game over. 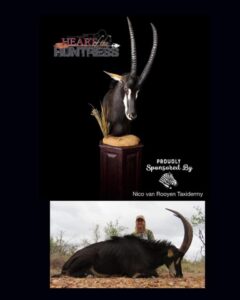 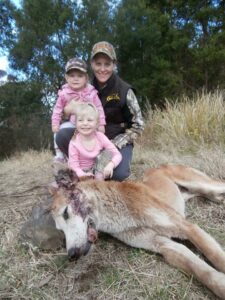 On the 9th of September, Margaret (who shot her first bird at five years old) is “assigned” the saddle-back impala. But Christie, who lives in Goondiwindi in the dust-bowl of Central Queensland, almost fucked it up for everyone by taking the entire day to kill her common impala. But then, at the last moment, one came along. The bullet hit the buck in the middle of the chest, went through the heart and exited behind the back of the shoulder blade, dropping him where he stood. “It was perfect.”

Marginally less than perfect for the impala, perhaps. But, as we all know, if you shoot and miss one of these common thugs, he will come after you and do you a serious mischief.

Thanks to the mad skills of the taxidermist, “everything from the posture and head position was specially designed to put the animals best qualities right into the eye of the viewer, making for a truly exceptional piece of art”. Some might argue that the animal’s best qualities were exhibited while it was still alive, but who cares what them bunny-huggers think, right? Art is in the eye of the rifle-holder.

Later, Margaret found a wildebeest standing under a shady tree. Here’s the official version: “She loves a good close stalk but when she ran out of cover, this was close enough and she dropped him on the spot with a perfect heart shot.” The wildebeest was 100m away. Tricky, even with a tripod and high-powered scope. The taxidermist “recreated this lovely pairing with Margaret’s blue wildebeest and this magnificent Golden blue wildebeest together on a pedestal mount.” Mooi skoot, Margaret. Not everyone gets to live in a house full of dead wildebeest. 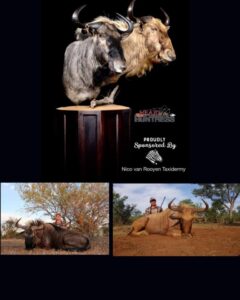 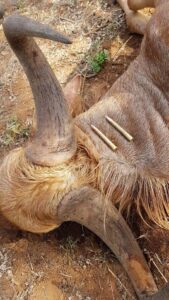 “One doesn’t realize how beautiful a Golden wildebeest really is until you kneel beside him.” If he’s dead, obviously. Try kneeling next to a golden wildebeest when he’s alive. Not so beautiful. 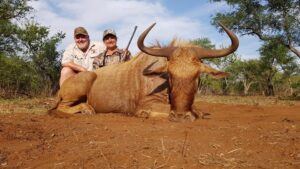 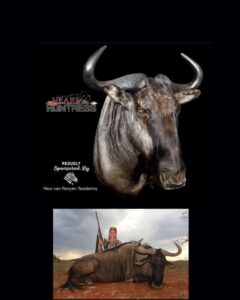 Chantelle, from Campbell River in Canada, had a lifelong dream to hunt in Africa. Fair enough. Some women dream of visiting Africa without killing anything, but each to her own. When she turned 40, her dream came true. 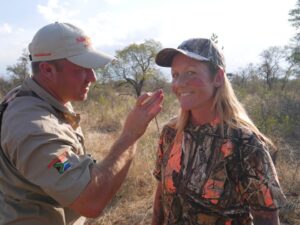 “The sun beetles sang as the haze on the horizon was building with the afternoon heat, just as a gemsbok walked in-between some brush. She aimed for the shoulder as her PH instructed and took the shot. Chantelle felt a strong sense of pride and respect for this life that she took.” There can be no doubt that the gemsbok felt the same. I feel such respect for my asshole neighbour that I shall kill him later tonight.

“Chantelle cannot wait to add this beautiful artwork to her collection to treasure forever. Every detail down to the smallest of neck muscles and angle of the eyes has been captured, making it look ready to jump out from the wall.” I don’t know, Chantelle. That’s some scary shit right there. If I were you, I’d shoot it again and send it to a less psychotic taxidermist.

Then there’s a post about Christie hunting her zebra. “Surprisingly the zebras contrasting stripes help them to blend quite well into the bush. And even when they are seen, they always seem to be in a hurry, galloping off through the trees at the slightest movement.” It’s almost as if zebras know they are easy targets. Quite smart for dumb animals.

This one stood apart from the herd 100 metres away, watching her “in typical curious zebra fashion”. He was probably wondering why she dressed so badly. The .270 disabused him of his critical notions. “There is no running away nor blending in for this zebra now,” gloated the writer. Curiosity killed the zebra. You basically shot a horse, Christie. A horse in pyjamas. 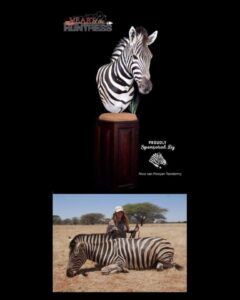 Donna Partridge, who hails from the back of beyond in New South Wales, had a rare opportunity to kill something with a crossbow “which is illegal to use in her area of Australia”. What? There are loads of things that will kill you in Australia. I had no idea that you weren’t allowed to kill them back. Perhaps you can’t use crossbows on refugees.

Here’s how it went down. “When this beautiful waterbuck walked up to the blind at 27 metres, she could not stop shaking with excitement, but held steady for long enough to take a perfect shot which dropped the animal within 60 metres.” Well done, Donna. You could’ve save a bullet, though. He was close enough for you to amble over and strangle him with your bare hands. 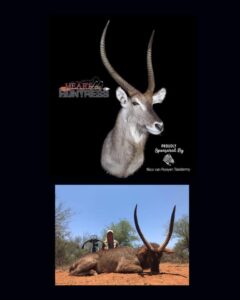 Next month, the girls are off to Namibia for series 5 and they are looking for a Special Guest Huntress. The tantalising copy reads, “Have you ever hunted with other women or wondered how awesome it would be to do so ? Are you a strong independent woman who loves to hunt with like-minded people?”

6 thoughts on “Coming soon to a scream near you”