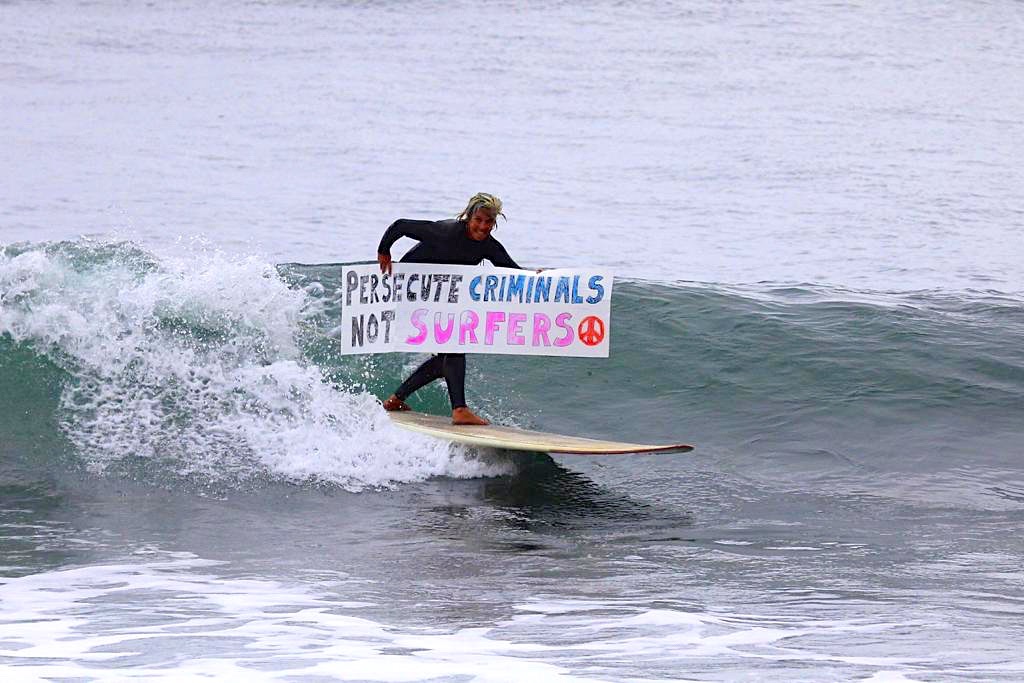 Dear Comrade President Ramaphosa, Defender of the Lockdown, Punisher of the Pandemic, Destroyer of the Economy, Nemesis of Smokers and Drinkers.

May I call you Cyril? I don’t mean to be overfamiliar but you have had such an impact on my life that you feel like you are a close friend or maybe a distant relative. You’ve been a good parent to us. You might even have saved some of our lives, although from what I’ve heard, dying of the coronavirus is about as rare as getting morning fellatio after ten years of marriage. That was crude. I apologise. We are all descending to the level of savage beasts. I don’t mean you, obviously. You have a support system to prevent that from happening. I only have myself and a cat who goes out of her way to avoid me.

I wish I could have seen the look on your face on, like, day 20 of the lockdown, when it dawned on you that people were still obeying your order to stay at home. We both know South Africans aren’t the most obedient people. You tell them not to rape, pillage and steal and the next thing you know, there they are, raping, pillaging and stealing. You tell them to stay indoors, and they do. It’s inexplicable. How did you manage that? Did you have our water supply spiked with Rohypnol?

I imagine you must have suspected a trap. Is this why you mobilised the army? You anticipated some kind of Dingane/Piet Retief ambush situation, right? As it turns out, we are exactly what we seem. Just millions of compliant, docile worker ants and drones paying obeisance to their queen.

It’s like some kind of Jedi mind trick you pulled. Speaking of which, I currently look like a cross between Jabba the Hutt and Chewbacca and talk like Yoda because I live alone and have lost the ability to communicate.

Also, you don’t want to see the state of my sheets. I am filled with self-loathing every time I get into my petri dish of a bed. Please open the laundromats. Covid-19 hates washing machines. Tell the hawks in the Coronavirus Command Council that social distancing isn’t a problem in laundromats. Nobody goes there to hook up or party. You drop your clothes and leave. If you like to hang around laundromats, there’s something wrong with you.

I’m surprised it has taken this long for people to start pushing back. South Africans are born fighters. We don’t take shit from anyone. We have fought the British, the Boers, the Zulus and each other and yet here we are, as disunited as ever, still obeying your command to stay inside even if it does mean losing our jobs, sanity and will to live. It’s wearing a bit thin, though. You might have noticed.

People started turning against you after that disaster with the fags. No, I don’t mean … I’m talking about cigarettes. The nation erupted in a happy chorus of hacking coughs when you unequivocally said that the sale of ciggies would be allowed when the country goes to Level 4 on 1 May.

Nkosazana Dlamini Zuma angrily stamped her small but perfectly formed foot and said there’d be none of that. Who the hell is in charge over there? This is not the time for flip-floppery or jellyfishing, collective or no collective. You’re the president. You have a massive amount of power. You’re just a bit shy to use it.

It doesn’t matter. You are rich enough to pay other people to change your mind for you. I have to do that kind of dirty work myself. For instance, I often say, “I am never drinking again” but then, two days later, there I am, chucking the filth down my neck like there’s no tomorrow. That was before I ran out, obviously.

We were all very grateful when the Collective decided to let us out of our cages for three hours every morning on condition that we didn’t stray further than five kilometres. Things is, I can only walk for 800m or so before having to lie down for a bit. It’s very triggering to see people running past and getting their full quota of 5kms. If I can’t do it, nobody should be allowed to do it. Please ask your prime minister to reduce it to one kilometre.

It should also be said that I am a special needs case. I have no children who need schooling, nor do I have a dog that requires walking. I don’t recall ever having run anywhere unless being pursued by the law and I think bicycles are for children. All I ask, really, is that you allow me to get into the ocean and do a bit of surfing now and again. I had a rather poorly timed birthday recently and I don’t have many good years left.

Living, as you do, in the hinterland, you might not be familiar with surfing. I’m fairly sure your sports minister is unaware of it. For a start, it’s not a blood sport like rugby, which should absolutely be banned even when there’s not a pandemic. Generally surfers are a peaceful lot who want nothing more than to be given access to the ocean. And maybe some beers for after. Anyway, see what you can do. Next to laundromats, Covid-19 hates sea water the most.

I’m still enjoying the Command Council briefings. However, like the lockdown regulations, they can be quite hard to follow in terms of coherence and logic so I’ve started watching the sign-language interpreter instead. I’m happy to say that, thanks to Nkosazana Dlamini Zuma, I now know how to tell a deaf person, “It’s your turn to roll a joint.”

The compulsory masks have made things interesting. In the old days, a smile would tell us everything we needed to know. But with our mouths covered, we need to learn how to use our eyes to convey emotions. My first wife’s eyebrows spoke a language of their own. Man, those things could express whatever she was feeling. It was mostly disappointment and anger, but still. There were nuances. This one time, I thought she was giving me the bedroom eyebrows and I whipped off my trousers and rolled onto my back but she was, in fact, giving me the I-want-a-divorce eyebrows. Reading eyes and eyebrows is not an exact science and misunderstandings are to be expected.

People are complaining that we are becoming a police state. What absolute rubbish. There is still a long way to go. Right now, we fall squarely between a nanny state and a police state. I do, however, feel the nanny could be more like Julie Andrews and less like a cross between Margaret Thatcher and Imelda Marcos. It would also be nice if Field Marshall Bheki Cele stopped carrying on as if he’s from the Papa Doc Duvalier School of Policing. More lovey, less Haiti. Know what I’m saying?

Anyway, you must think we’re quite cute, with our petitions and campaigns, waving our little fists and making high-pitched mewling sounds, all the while under the impression that the government is paying us heed. I wouldn’t listen to us either if I were you. We’re all over the place. One day we want food, the next it’s jobs. There’s just no end to it.