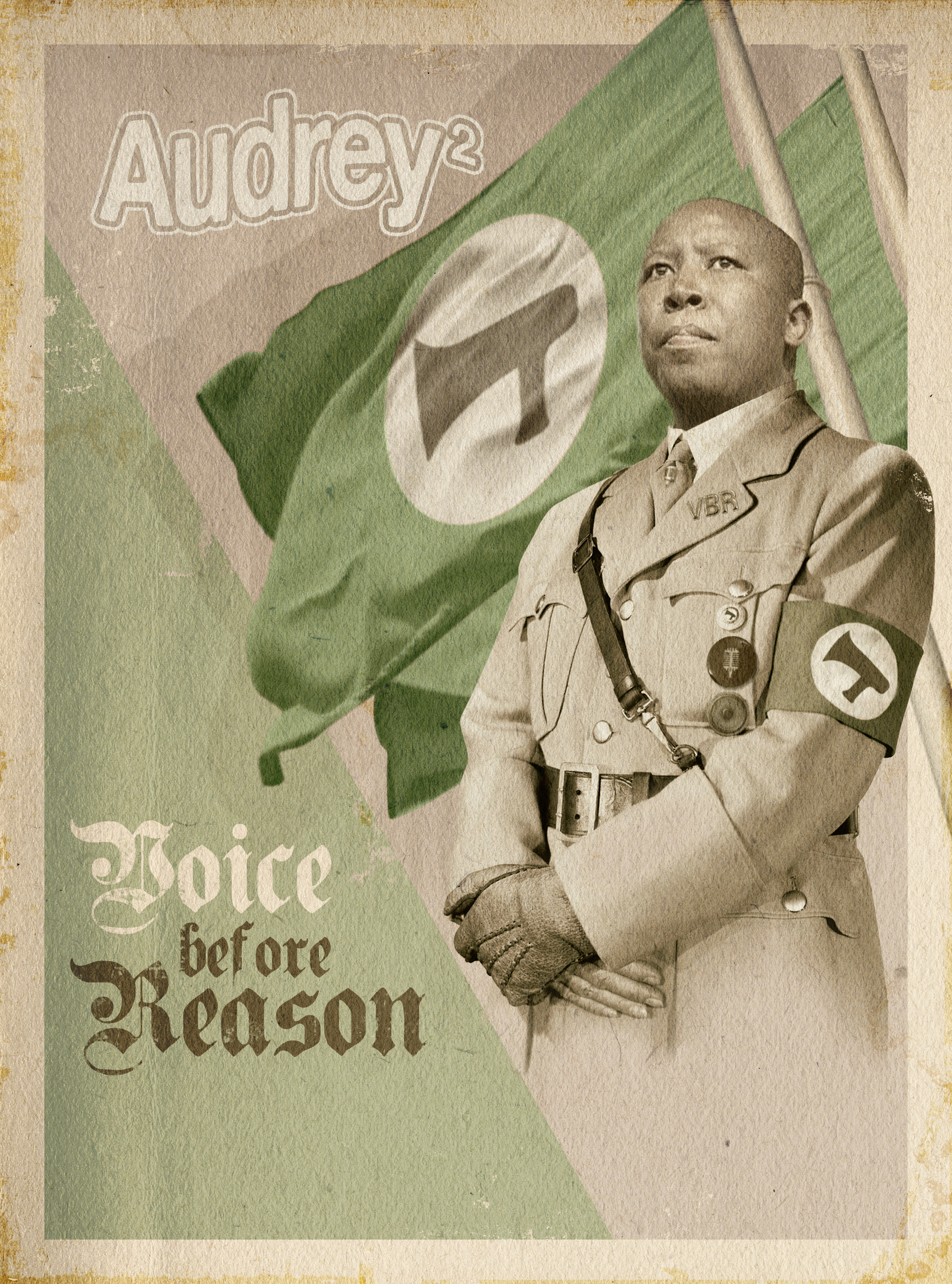 News that Julius Malema had banned certain media from attending EFF events reminded me of a letter I wrote to him a few months ago. I’m still waiting for a reply.

Dear Comrade Julius Malema the First, Commander-in-Chief of the Economic Freedom Fighters, Hero of the Poor, Prince of Pedis and Creator of the Revolutionary Onesie.

I see you have been having a spot of bother with reporters of the female variety. Join the club. Both my ex-wives were journalists and it was only the realisation that I would never again have another beer that stopped me from killing myself. That’s right. Alcohol saved my life.

I understand from the running dogs of the counter-revolutionary quasi-colonialist reactionary mainstream media that your most recent nemesis is a certain Karima Brown. To be honest, I can’t remember the reason you decided to broadcast her cellphone number to the ravening underclass, but I have no doubt she deserved it. How very dare she.

It must be said, though, that your strategy needs work. As a married man, you should know better than to make an angry woman even angrier. All women are angry all the time. Some simply disguise it better than others. This is something we have learnt to live with and it is a rookie mistake to deliberately infuriate them even more.

The Brown woman is now properly furious and would like nothing better than to see you sent to the Hague to spend the rest of your natural life in a tiny cell having your bottom interfered with by Charles Taylor.

Failing that, she wants to see the EFF removed from the ballot paper altogether. This takes the fight to a whole new level. It’s an old Cuban tactic perfected by Batista. This is a mistake. You are not a man who plays second Fidel to anyone.

If you really wanted to upset Ms Brown, you wouldn’t have tweeted her phone number to your shadow army. You would have ignored her. Women hate being ignored even more than they hate getting death threats.

By the way, are you aware that your second-in-command, Oberstfuhrer Shivambu, has only 783 000 followers on Twitter? This is a perilous situation, my friend. Don’t for one minute think he doesn’t envy your tally of 2.5 million. I’d keep a close eye on him. Not too close, though. He admits in his Twitter profile to being a heterodox. Quite frankly, I don’t care what he does behind closed doors but you might want to make sure you are fully dressed when he visits. You are an attractive man, Julius, and the sight of you with your shirt off might easily drive the most restrained heterodox to do something he will regret.

A heterodox is someone who doesn’t conform with accepted standards or beliefs. I suppose he means it in the political renegade sense, although given the definition, a man with a fetish for clean-shaven sheep could just as easily call himself a heterodox.

Funnily enough, the word dox means “to publish private or identifying information about an individual on the internet, typically with malicious intent”.

While I am unfamiliar with Ms Brown’s sexual orientation, there is a good chance that what you did was dox a hetero. Small wonder that you and Floyd are so tight.

Your generously upholstered Oberstfuhrer also says in his bio that he is “blessed”. You might want to check this out. If he has been blessed by Pastor Lukau, it’s quite possible that your man is a zombie. Between you and me, I’ve always had my suspicions. There is something supernatural about his lumbering gait and hollow eyes. Then again, that’s me after a bottle of gin.

His bio ends with the words, “Todo por la revolución!” Does this mean Spanish will become the lingua franca when you are president? I hope so. I love the whole tapas concept and the peasants would soon enough get their tongues around the neo-Falangist slogans.

I see on your bio you proudly state that you have no Facebook account. Good for you. No real revolutionary would want to be associated with that digital despot Mark Zuckerberg. Other great leaders who feel the same way include Donald Trump and … er, that’s it. I don’t want to be an impimpi, but I couldn’t help noticing Floyd has a Facebook page. Just saying.

Condolences on not getting your way in having Cape Town International Airport renamed after Winnie Mandela. Maybe it’s for the best. It’s a dreadful airport. There are better restaurants and bars in downtown Lagos and as far as parking goes, you have more chance finding a spot outside Taboo on a Saturday night. Perhaps you should lower your sights a little. Would you settle for Brandfort Airport? It could do with a facelift. Then again, so could I.

I hope you have sorted out your issues with our minister of public enterprises. Pravin Gordhan might not be the kind of person you’d want over for dinner, largely because he’d do a mental lifestyle audit and the Hawks would be breaking down your door before the dishes were done, but he does seem to be freakishly ethical and honest. You’re not the only one who finds this unsettling. In South African politics, a man with nothing to hide is an aberration. Did he learn zilch from Jacob Zuma?

Maybe you can sic your mate Tom Moyane on him. Uncle Tom is a valuable asset in your struggle to turn South Africa into another Venezuela. He is, after all, an engineer with an impressive record. For instance, not everyone could engineer the collapse of the SA Revenue Service. Sure, the Nugent Commission found him unfit to hold office but so what? I’m unfit to hold a baby. You might be unfit to hold, I don’t know, public meetings or something else.

Hey, why are you so quiet about that explosive report revealing how the State Security Agency was manipulated and abused by the likes of Zuma, Siyabonga “My Wife Is Innocent” Cwele, David “Happy Endings” Mahlobo and Arthur “Fuck You Jacques Pauw” Fraser?

I don’t want to tell you your business and I know your raison d’être is to disrupt, oppose and get fabulously wealthy, but I do think it might be a mistake to only show support to the flawed and the faulty.

Have you thought about throwing your weight behind people who are trying to turn SAS South Africa away from the rocks rather than the pirates who are driving it onto the reef in the hope that the captain and his crew will drown, allowing them to cobble something together from the wreckage and flounder off to the glorious land of black monopoly capital and free everything for all?

Then again, you could just keep doing whatever it is you’re doing. All the best parties involve shouting, drinking and fighting and there is no reason yours should be any different.

Anyway, boss. Keep attacking those meddling newshounds. You don’t need them on your side. They only have access to dozens of daily and weekly newspapers, social media, television and radio stations and online news sites read by millions. You have Twitter.