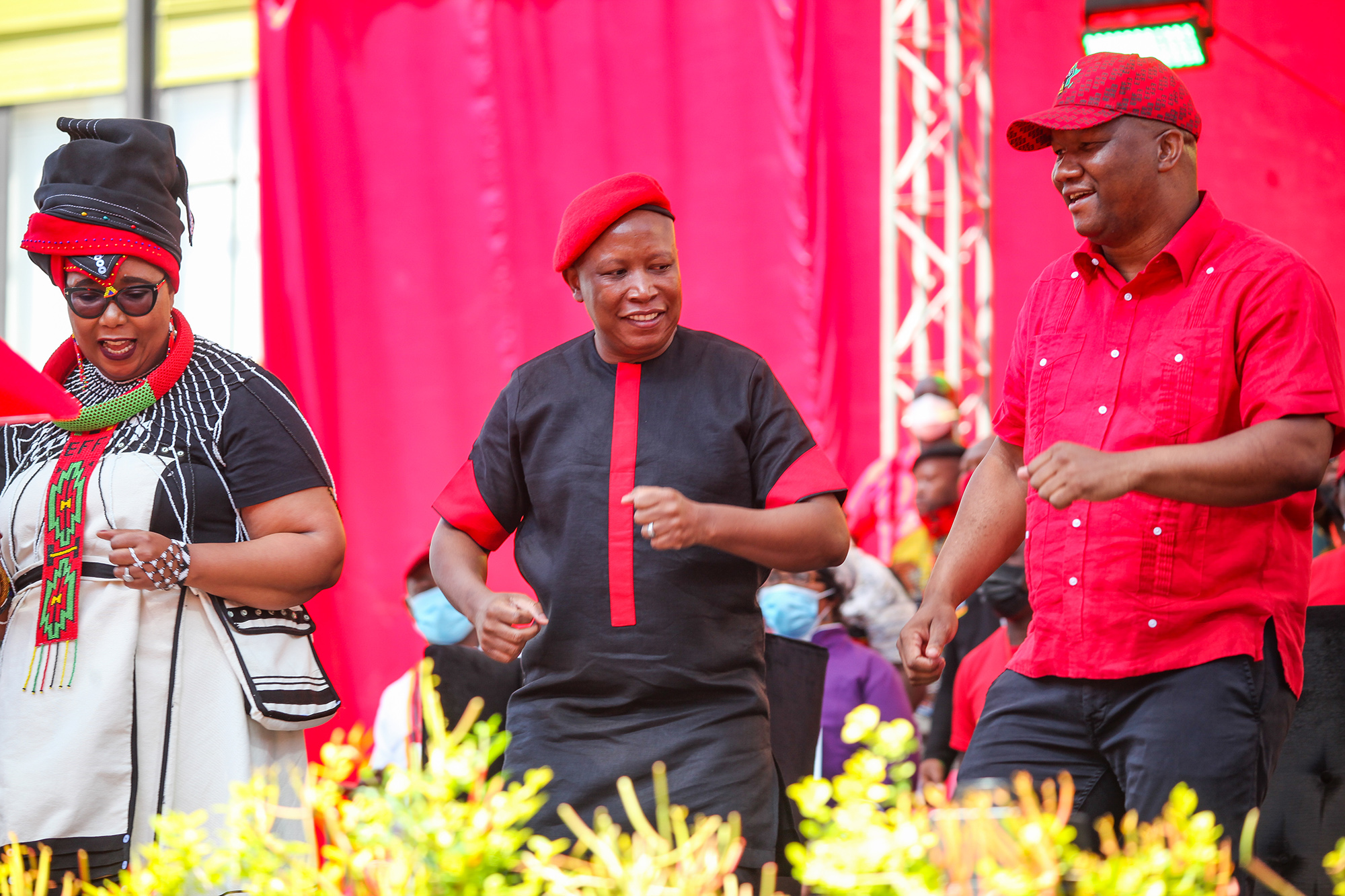 Did you know the word “manifesto” comes from the Greek ‘mani’ meaning ‘shameless’ and ‘festo’ meaning ‘lies’? Of course you did. The word has featured a lot over the last few days and we haven’t heard the last of it.

I tried watching the news but it wasn’t easy. The SABC reminded me it was Day 549 of the lockdown, which caused me to start drinking earlier than necessary. eNCA’s Election 2021 logo had the strap-line, “The moment of truth.” Ha ha, good one.

The ANC went knocking on doors like disgraced Jehovah’s Witnesses begging for absolution in exchange for a cheap T-shirt, only to be confronted by the great unwashed demanding luxuries like electricity and water. How dare they. Damn their selfish eyes. The party’s manifesto launch on Monday night, under the disapproving gaze of Paul Kruger, was like a Shakespearian tragedy without the clever plot devices or any kind of redemptive arc whatsoever.

As for the DA’s launch, I laughed at the poppies in tight jeans gyrating to Kurt Darren belting out Kaptein Span Die Seile but then I started crying and had to neck a Xanax.

On Sunday it was over to the EFF at Gandhi Square. They were having a three-for-one. Manifesto launch, superspreader event and the unveiling of their new building, which has been named in honour of the ex-wife of an icon from a rival political party. Unusual, especially when it’s the party that booted your leader out. Then again, nothing is particularly odd when it comes to local politics. It’s all a filthy mess of opportunism, treachery and greed. The only way to get a vague idea of what might possibly be true is by reversing everything that comes out of our politicians’ mouths. It’s a depressing exercise and I wouldn’t recommend it.

“The EFF is not a paper tiger, but a roaring lion!” shouted Julius Malema. He had obviously been shouting for some time, because his voice chose that very moment to crack and the roaring lion bit came out as more of a squeak.

He was wearing a smock with a vibrant red stripe down the front. Not something Che Guevara would have chosen, but quite fetching, nevertheless. Smocks were worn by workers in parts of rural England in the 18th century, so there was a distant connection to the proletariat.

After more shouting and calls for long leave, the MC said it was time for the “cutting of the cake”. I assumed this was a euphemism and expected to see a goat representing colonialism led onto the stage to have its throat slit. Disappointingly, a real cake was cut. A cake that Juju pointed out would be donated to a charity in Soweto. He didn’t say which one. Nor did we get to see the cake. It was hidden behind a miniature cardboard cutout of the facade of the new building. I suppose it could’ve been hiding a very small goat. More likely a sponge cake from Checkers, though.

I had intended to listen to the commander-in-chief read his party’s manifesto but, on closer reflection, it turned out that I was lying to myself and had different intentions altogether. Later, I tried to check it out on the EFF website and got this message, “Forbidden. You don’t have permission to access this resource.” I’ve been sent to Facebook jail before, but getting blacklisted by a website was something new.

Much like Floyd Shivambu’s appreciation for the finer things in life, the party’s “seven cardinal pillars” haven’t changed in years. Pillar 3 is, “Building state and government capacity, which will lead to abolishment of tenders.” This is brilliant. With universal insourcing, nobody need rely on government tenders because everyone will already be on the payroll. Lunch breaks, sick days and offline systems notwithstanding, 30 million civil servants should fix this country in no time at all.

I love all the free stuff in the fourth pillar. Education, healthcare, houses, sanitation. There’s no mention of who will pay for this massive bonsella. Perhaps they plan on doing away with the concept of currency and will use stones instead. The Karoo could be the new Treasury. People could simply drive out there, fill their boot and be rich right away. Pebbles could buy takeaways and beer while rocks could be exchanged for shinier things like tumble dryers and plasma televisions. A Mercedes would cost a small boulder, of which we have plenty.

Juju once warned that the EFF’s policies might cause an “imperial backlash”. I wouldn’t worry about that, comrade. When the Mau Mau did their thing in Kenya, the backlash entailed the madams of Happy Valley firing the servants and pouring their own gin and tonics. I expect our imperialists would do the same – right after they’ve shut down their companies and repatriated the profits.

And I imagine the rampant expropriation of land and the nationalisation of mines and banks without compensation would ensure that white monopoly capital was on the last flight out.

3 thoughts on “Smocks cocked with Kurt Darren and Cardinal Pillar”