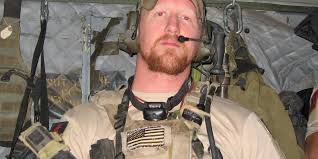 Hey Bobby!
When I saw a headline this week saying, “The Seal who killed Osama”, my first thought was that the true story had finally been told.
Osama had been captured alive and then, on the way back to the States on board the USS Carl Vinson, the rum came out, Osama started cheating in a game of deck quoits and someone threw him overboard as a joke, upon which an elephant seal bit him in half.
You, my friend, are no elephant seal. You are a Navy Seal. Well done.
I am delighted that you have finally admitted to being the one who killed Osama. For some time, a lot of people believed I had done it. Sure, I claimed the credit initially, but who didn’t? I’m glad the pressure is off me and on you.
Pressure, I am sure, is nothing new to you. Jumping out of a chopper in the middle of the night into Osama’s back yard isn’t for the faint-hearted. Especially when the idiot flying the back-up chopper lands it upside down.
I loved Zero Dark Thirty, the movie of the murder. I don’t know how you did it. It couldn’t have been easy to run up three flights of stairs dressed like a cross between an astronaut and Iron Man, and then still manage to put three bullets into Osama’s forehead. I would have had to sit down on the top step and catch my breath.
You were also portrayed in the movie Captain Phillips where you apparently killed Tom Hanks after he took a boatload of Somali fishermen hostage. Nice work. That smarmy bastard had it coming for years. You da captain now.
No, you’re not. You’re a senior chief petty officer. I don’t mean to sound disparaging, but anyone who shot Osama bin Laden shouldn’t be called a petty anything. No wonder you resigned.
I also think it’s shocking that you haven’t been awarded the Purple Heart simply because you were never in action where a colleague was killed or injured. Why the hell didn’t you just shoot one of your buddies in the leg when nobody was looking? You were in Iraq and Afghanistan, for heaven’s sake. You could’ve blamed it on any passing Arab. 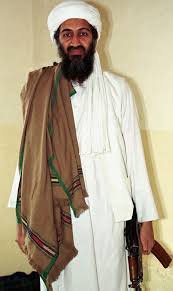 I don’t blame you for wanting some of the limelight. The way Hillary Clinton carried on after the mission, you’d swear she was the one in Abbottabad that night. Flown in, no less, on a chopper piloted by Barack Obama.
So you grew up in Butte, Montana? I knew someone from Butte once. I used to call him Buttehead. Did anyone ever call you that? If they did, I bet their body was never found.
I see your daddy still lives there in a house stuffed with all the animals you guys have shot, including a bear. I bet you blew his head off and had it replaced with a hippo’s head. I imagine that’s the kinda thing a couple of fun-lovin’ good ol’ boys like you and yer paw would do.
I guess it makes sense that you’d outgrow animals and want to start killing people. Who wouldn’t? A dumb ol’ grizzly looks great standing in the corner of the lounge, but he ain’t that smart, right? A human, on the other hand, can think on his feet and sometimes even fight back. Makes killing so much more of a sport.
On the other hand, boet, you did sign up to become a sniper. I’m not judging you here, but aren’t those the people who sit in a tree and do their killing from a couple of clicks away? Can’t get safer than that. Unless you fall out of the tree.
It’s real dumb of me to make fun of snipers. For all I know, you’ve got sights and a gun powerful enough for you to climb up on your daddy’s roof and put a bullet through my head as I sit here at my desk in … I’m not telling you where I am.
It’s shocking that your comrades dispute your version of events. Some dude, probably from Seal Team Five, said you shot Osama once in the head, not three times, and that your mates then added the finishing touches with shots to the chest, stomach, arms, hands, legs and feet. What a bunch of credit junkies. You killed him, fair and square. If anyone tries to argue, kill them, too.
So now you have all this attention on you, aren’t you afraid? I’m sure those whackjobs from Isis wouldn’t mind a quiet chat with you. Also, the US Navy isn’t exactly happy with you for blabbing about your exploits. Your former unit apparently has a strict code of silence. Who’d have thought the Seals and the Mafia would have something in common?
Your daddy nailed it when he said, “I’ll paint a big target on my front door and say ‘Come and get us’.” That’s the spirit that made America great. Okay, it didn’t work so well with the World Trade Centre, but still.
I believe you’re making a living as a motivational speaker? Good for you. Better than working at Walmart, right? You get to sow a bunch of damn wild seeds in some pretty young minds. Tell them the important thing is to always wear camouflage. Take no prisoners. If you’re alone, use a drone. If you’re afraid, invade. If you’re in doubt, scream and shout.
Hang tight, comrade. In two years’ time, America will once again be ruled by the righteous. With the Republicans back in the White House, you’ll get what you deserve.