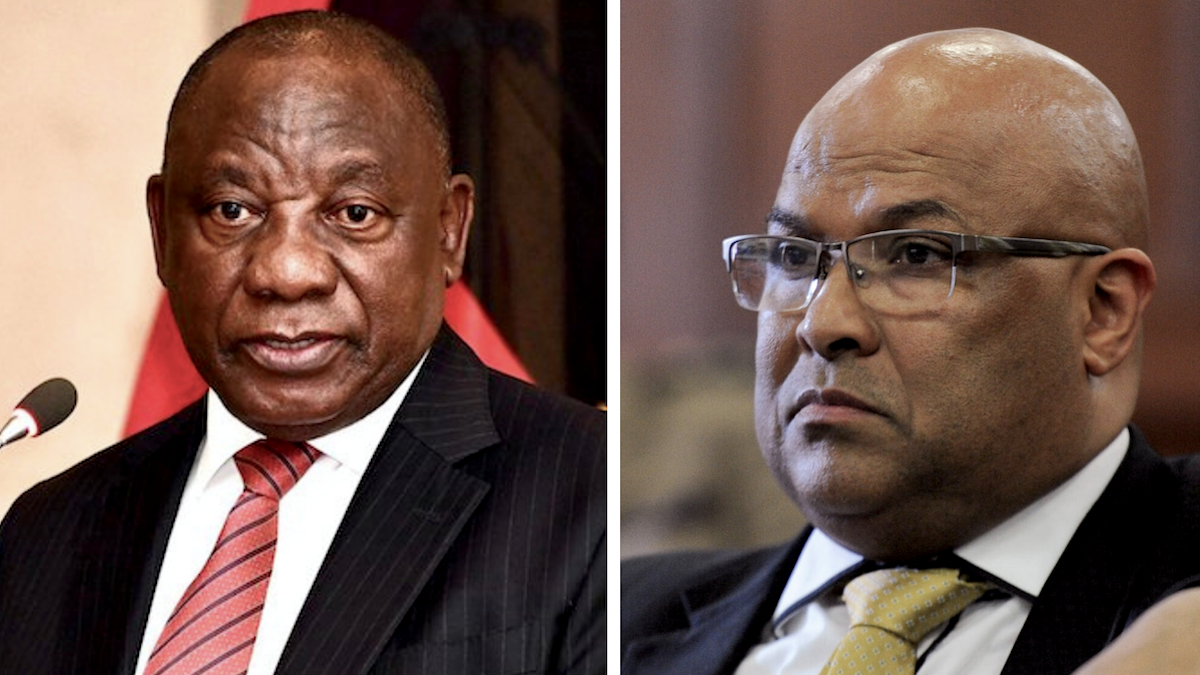 I wanted to write about the last nail being hammered into Cyril Ramaphosa’s political coffin. Or about a fat, repulsive ex-spook stabbing South Africa in the back, not to put it out of its misery, but so that the vultures and hyenas might have one last, glorious feed on its festering carcass.

I really wanted to. But I don’t think I can. There’s nothing I can say that hasn’t been said in a thousand different ways, all reaching the same conclusions – that the ANC is broken beyond repair and that the president is a moron. The reason everyone comes to the same conclusions is that it’s true.

I mean, you’d have to be an idiot to leave that much cash loosely hidden in your house, wouldn’t you? You needn’t even necessarily be up to no good. You might just be your basic, bog-standard idiot. It remains to be seen whether Cyril is both an idiot and a criminal. Thing is, though, most straight-up idiot criminals aren’t usually worth $450 million. You’d think if someone was able to accumulate that much money, they’d have to be pretty smart, right? Well, the president disproves that theory once and for all.

To be fair, there is a chance that he simply reckoned it was too much hassle to go round the back of Checkers and get some empty tomato boxes, spend hours packing them with $100 bills and then hang about in a stripped-down branch of Standard Bank waiting for the system to come back online.

Can’t blame him, really. I’d also rather go to prison than visit a bank. At least you’re guaranteed attention.

The only advice everyone is giving our boneheaded eunuch of a leader is to come clean. Tell the truth. Oh, please. Even I know this is appalling advice. And yet journalists, analysts and quite possibly the missus herself are suggesting he does something utterly unfamiliar to politicians the world over. I hear their cries now: “What is this truth thing of which you speak?”

Why would anyone risk implicating themselves when there are still processes to be finagled, palms to be greased and threats to be issued? And that’s just putting the legal team together.

Being open and honest when in a tight spot is heavily overrated. I know because I have tried it and consequently have two ex-wives and not many friends.

President Ramadingdong needs to double down. He is in this position because he bought into the myth that it’s better to keep your enemies close and pissing out of the tent, or something. Instead, his enemies stole the tent and are now pissing all over him. Unless you’re Donald Trump, this is not a good look for a head of state.

He needs to unleash the hounds. Get Zimbabwean on his critics’ asses. Declare martial law and round up everyone who has ever said anything nasty about him, and that includes me. With winter bearing down, I could do with a cozy cell and three meals a day. Can’t afford the petrol to go anywhere anyway. Might as well be living with Oscar Pistorius. At least he could teach me how to get fit. Or how not to react if I have an argument with my girlfriend in the middle of the night.

Cyril’s mistake wasn’t to stash all that cash inside his Stealy Posturepedic. Where he screwed up was trying to get his greenbacks back. It was in dogged pursuit of this filthy lucre that he tripped on his own cupidity (a cousin to stupidity) and fell headlong into the worst mess of his life.

Were it me, I would have kept dead quiet about it and somehow come to terms with the fact that I was suddenly worth only $446 million. Not easy, but with a bit of chanting, some ashtanga yoga and the right drugs, he would have eventually made peace with his loss and carried on with life.

Also, any African leader worth his bloodstained steel-capped boots wouldn’t have paid the robbers to keep quiet. He would, like the mafia, have sent them to sleep with the fishes. I can’t see any other way of enforcing a code of silence in the ANC, an organisation filled with people who cannot keep their mouths shut, no matter how much you pay them.

If Cyril were a Buddhist instead of a capitalist, he would have known that we must let go of attachment and desires if we are to experience happiness. Now, instead of cutting his losses and burying the rest of his loot in steel trunks at the bottom of his garden, there’s a good chance he won’t be experiencing very much happiness any time soon.

Then again, he does still have R7 billion to fall back on. It’s hard to feel too sorry for him.