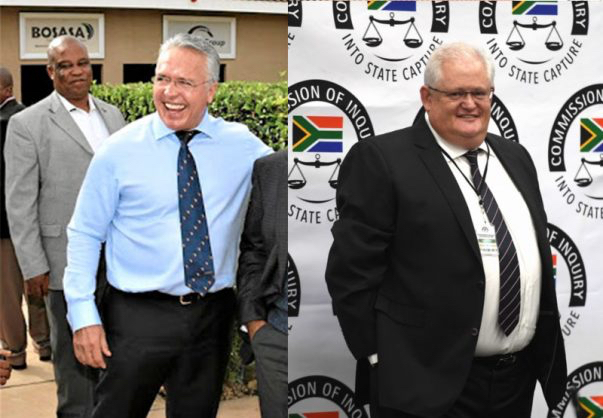 The news that one of South Africa’s best loved white-collar criminals has died in a car crash reminded me of a letter I wrote to him and his brothers earlier this year.

This is mainly a letter to Gavin, but I didn’t want any of you feeling left out.

Is it true that your father was a lay preacher? Given the size of the Watson family, he almost certainly got laid more than most men of the cloth. Maybe it’s a Port Elizabeth thing. Anyway, the world needs fathers who understand the importance of instilling solid Christian values in their children.

I believe congratulations and condolences are in order. Congratulations on proving that whities can be just as innovative as darkies when it comes to tapping into arteries of untold wealth using nothing more than a wink, a nod and a bag full of cash. Some of us were beginning to wonder whether white people could even get it together to plunder on a governmental scale. We were brilliant at doing apartheid, but then democracy happened and we all became a bit pathetic. Thanks to Bosasa and the ANC’s flooding of the civil service with an army of conscience-free cadres, our race can once again take it’s rightful place in the pantheon of villains.

Condolences, however, on getting caught. What the hell were you thinking when you hired an Italian? Couldn’t you find anyone more trustworthy? Was Glenn Agliotti busy? On the other hand, Italians do make the best mafioso. Also pasta. But when they squeal, and so many of them do, the reverberations are felt far and wide.

Angelo Agrizzi looks like a man made entirely out of Play-Doh who was once pushed off a table by a cat and landed face-first on the floor. He claims to have suffered a crisis of conscience and that’s why he decided to rat you out at the Zondo Commission. We now know that’s not true and he in fact suffered a crisis of being fired for stealing company money. He could hardly go to the CCMA so he reckoned the best way to get rehired would be to threaten you, Gavin. He didn’t just want his job back, though. He wanted the entire company for himself. He said unless you complied, he would tell everything and destroy you. And, in the process, himself. Like a bee. Or a horny male praying mantis. I’ve been married twice and I never came close to being as hated as much as Angelo hated you.

Did you think he was bluffing? Did you think that because you played rugby with black people in the 1970s you were untouchable? Struggle credentials can only be stretched so far before they snap. No, of course that wasn’t it. You thought you were untouchable because your pockets were bulging with politicians and prosecutors. My first wife once described me as untouchable but I couldn’t fathom out how to monetise it.

When you consider the full frontal horror show unfolding at the State Capture inquiry, I bet you wish you had never given Mr Potato Head the boot in the first place. Seems a bit odd that you fired him in 2016 for stealing. After all, corruption formed the very foundation of your business. I’m not judging you. I did a bit of shoplifting myself when I was younger. Perhaps, as a born-again Christian, you interpret the eighth commandment to mean that you shouldn’t steal from your employer. Everyone else is fair game.

You must surely be regretting not having taken the duplicitous deep throat’s “offer” (the things that throat must have seen). As far as offers go, it was a pretty good one. This wasn’t your run-of-the-mill blackmail job. He was offering you ten million rand a month to never come in to the office again. You turned it down. There’s your insanity plea right there.

Mr Fatty Goombah told the commission that Nomvula Mokonyane, one of our favourite Teflon-coated ministers, was among the multitudes who lined up for their monthly benediction of the unholy sacrament. I understand that her blessing came in the form of R50 000. And she never even had to pick up the rand because it was delivered by you, Gavin. I like that. The personal touch is so often lacking in today’s corporate culture.

You also generously gave her a complimentary Christmas hamper every year that included four cases of whisky, eight lambs, forty cases of beer and 200kg of beef. She probably ordered extra if she had guests over.

When the Italian Rapscallion complained that Bosasa wasn’t getting much value for money from Mokonyane, you pointed out that she had a lot of clout and the company would find itself in trouble if it stopped the payments. That’s why I love this country. Bribe, by all means, but there will be hell to pay if you stop. Malice in Wonderland.

I laughed out loud when il ratto, a man weirdly unfamiliar with the noble concept of Omertà, told the commission that the bribe to correctional services went up from half a mil to R750k when Tom Moyane was appointed commissioner. Fair enough. Quality costs extra. Someone by the name of Sesinyi Seopela apparently distributed the cash among the more ethically challenged members of his and other departments.

Bosasa captured the prisons, man. That’s so cool. Big up to you. If there was a glossy magazine for criminals, you’d be a regular in the style section.

So, Gav. I understand you’re still open for business as African Global Group. Bosasa’s evil twin, basically. And you’re still leading the staff in daily prayers? That’s impressive. Even more so since your only defence, apart from insanity, is that the devil made you do it.

One thing I’m a bit curious about, boet. Did you or your corpulent whistle-blowing weasel ever encounter anyone in the public sector who refused one of your, er, incentives? Must’ve happened. There’s always one who wants to spoil the party for the rest of us. I think you should name and shame him. Or her. We don’t need their kind in this country. They can take their non-profit integrity and tedious moral rectitude and stick it up their permanently struggling fundamentals.

Funny thing is, the testimony of this double-crossing blabbermouth ratfink snitch bastard would be enough to bring down most democratic governments, let alone the god-fearing Watson dynasty. Luckily for you, Gav, our handful of incorruptible prosecutors will spend forever sloshing about waist-deep in denials and deviations and anything that does make it to court will be bogged down for all eternity in the mires and marshlands of the law.

Imagine if, at the end of it all, you and this backstabbing bean-spilling tattletale narc were allocated the same cell. Nah. Wouldn’t happen. There’s still too much Bosasa baksheesh floating about the system for that to happen.

Anyway, comrade. I’m missing happy hour. You might be a terrible Christian but you’re not a bad person. Maybe you are. I really don’t know. I’ve been married twice. I’m not the best judge of character. For that, you’d need a real judge. With any luck you’ll get one who’s on the payroll. 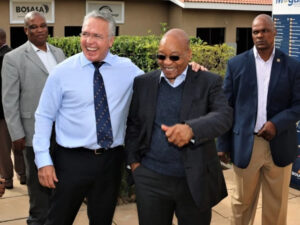 20 thoughts on “A requiem for Gavin Watson”