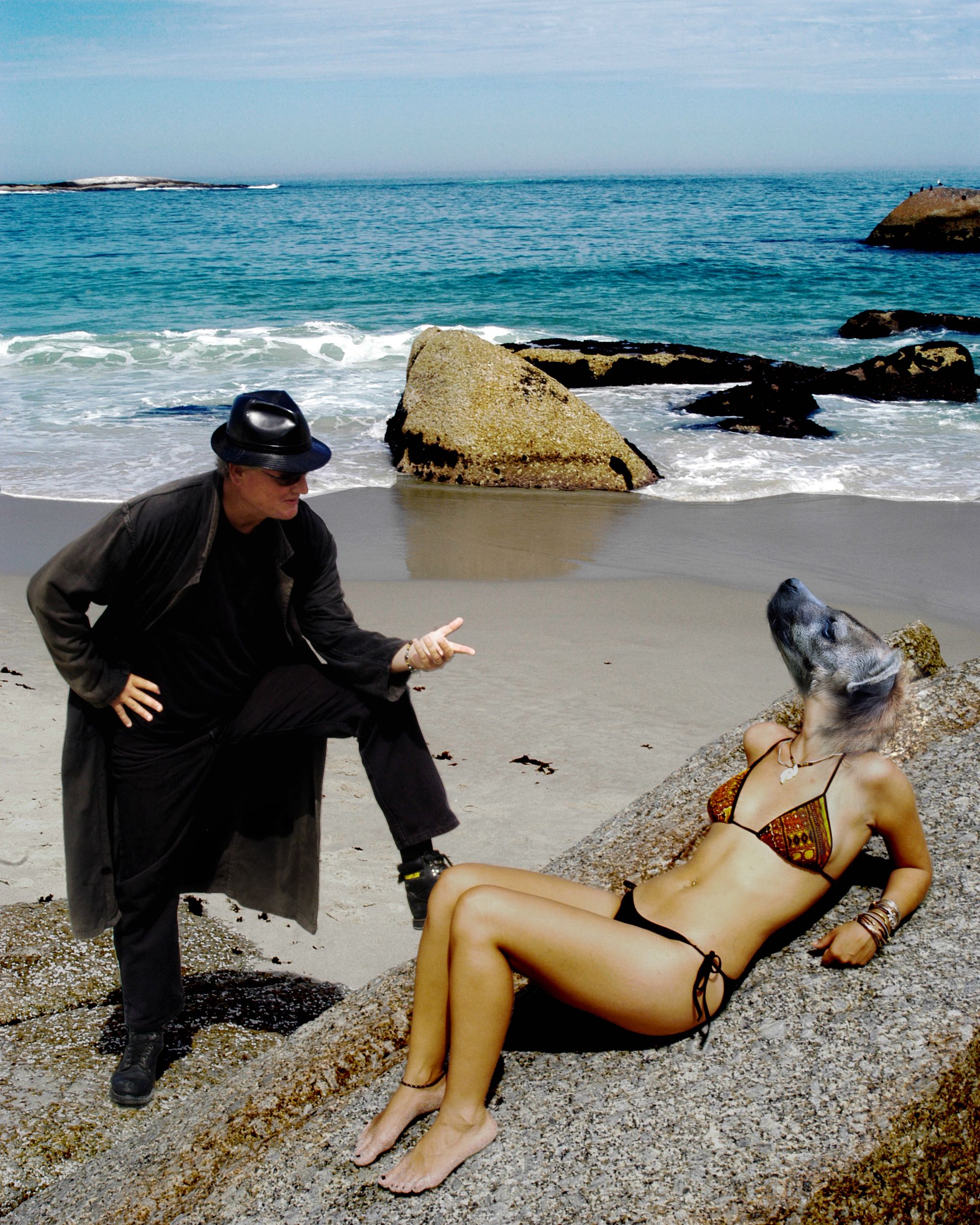 Today, 180 years ago, the Voortrekkers defeated the Zulus at the Battle of Blood River.

And in 180 minutes from now, the Boers and the Zulus will join forces to defeat me at the Battle of Gateway Shopping Mall. The Zulus will stream in through strategic entrances to isolate me in a pincer movement that would have made King Shaka proud. The Boers will use their traditional tactics of walking eight-abreast, scoffing ice-creams and knocking me out of the way with their meaty hips and big asses. I don’t stand a chance.

William Butler Yeats wrote, “And what rough beast, its hour come round at last, slouches towards Bethlehem to be born?” Here, they’re slouching out of Bethlehem (there by the Free State) and into Durban. Quite frankly these people scare me. If I had the space I would explain how one can tell the difference between trolls, homunculi and troglodytes.

I did a recce at Gateway earlier in the week to check out the exits and locate the shops that sell weapons. If it was going to turn ugly, I wasn’t going down without a fight. To hell with reconciliation. At this time of year it’s every man for himself.

The first thing I noticed was that Christmas decorations aren’t as Christian as they used to be. In the old days you could barely walk through a mall without smacking your head into a simpering polystyrene angel swinging from the rafters. These days it’s all disco balls and plastic dross swaddled in fairy lights. It’s not so much Santa’s grotto as it is Hugh Hefner’s, although in Game you do have a slightly smaller risk of contracting Legionnaires’ disease.

Orphans are big this year. I saw several shops offering to donate a percentage of purchases over R100 to those lucky enough not to have parents. They never say how much goes to the orphans, though. It could be 0000.2% of each purchase. This means that by the end of the holidays, three children in a village north of the Tugela will each get a tin of soup. Next year, if they’re really lucky, they might get a tin opener.

The war for drugs escalates at this time of year. Too many family reunions, dinners and parties mean that young and old alike are desperate for fresh meds. If you’re new at this, I recommend something from the benzodiazepine family. Ativan or Librium will do nicely if all you need to do is get through Christmas lunch without slashing a sibling’s throat.

However, if you’re worried about getting drunk and exposing Uncle Pervy for the kiddie-fiddler that he is, you might need one of the neuroleptics. Thorazine works well, but get your timing right. You don’t want to be slack-jawed and drooling into the turkey with your paper hat over one eye while everyone else is pulling crackers.

I saw a sign saying, “Add more sparkle to your festive season – shop with American Express!” Yeah, sure. It’s all fun and sparkles now, but what happens next year? It’s bad enough what the local banks will to do to you, but you fuck with the Americans at your peril. I’ve heard that Guantanamo Bay isn’t a prison for political detainees at all. It’s for people – Muslims, mainly – who have maxed out their American Express cards and are late with their repayments.

A 10-piece nativity set caught my eye. It was rather nicely done, if a bit outdated. If it were today, the three wise men would be unemployed academics with substance abuse problems, Joseph would be out working overtime to pay for the new baby and the shepherds would be on strike.

I saw television sets so big you would have to sell your house, buy a piece of land and build a new house around the telly. Where will it end, this race for the biggest television? Will new homes eventually offer plasma screens instead of walls? I hope so. I already spend hours staring at the wall. I may as well be watching something.

And lava lamps are making a big comeback after weed was essentially decriminalised. You have to be on drugs to fully appreciate a lava lamp. I’m surprised that each purchase doesn’t come with a bankie of Durban Poison.

In the toy section, there’s a doll that speaks six lines. Or does six lines. I can’t remember. Cocaine Barbie, perhaps.

For the boys, there are millions of heavily armed action figures that don’t look so macho as they do gay. This is a good thing. If you want your son to grow up believing he can kill with impunity, rather he does it wearing nothing but cropped hair, a moustache and a pair of tight red shorts. At least that way we’ll see him coming.

I found a paramedic’s kit but it lacked a plastic handgun for when the ambulance has to go into the townships on a Friday night.

Then I came across a whole series of things you can do in the tub. “Shaving in the tub” was one. This is a filthy habit and you should only get this for your child if you have someone other than yourself who cleans the bath. Everything on the box is in French, which makes sense when you consider what these people regard as acceptable behaviour. What next? Wine in the Jacuzzi? Frog’s legs in the bed? Pissing in the pool?

There’s also a talking octopus. I once met an octopus while snorkelling and in the brief moment our eyes met, we both knew there was nothing we had to say to each other. If octopi could talk, though, I expect they would say, “Please take that pointy stick out of my head and return me to the rock pool from whence I came.” Well, the educated ones would. The more common octopi would probably squirt ink everywhere and try to strangle you with a tentacle.

A shop assistant has just caught me looking up a doll’s skirt. Awkward. I simply wanted to ascertain whether it was anatomically correct. With the education system as it is, I wouldn’t want my nephew growing up thinking that all girls have a piece of hard plastic between their legs. Not that I have a nephew. Or can even remember what’s between … never mind.

With my blood-alcohol levels dangerously low, I repaired to the restaurant area where several companies appeared to be having their get-togethers. Christmas parties used to be held at night. There would be carousing and fornicating and the company would happily pay your bail the next day. Now, the grinches offer their employees a free lunch.

As if there’s such a thing.

One thought on “Mall makes Blood River look like a picnic”