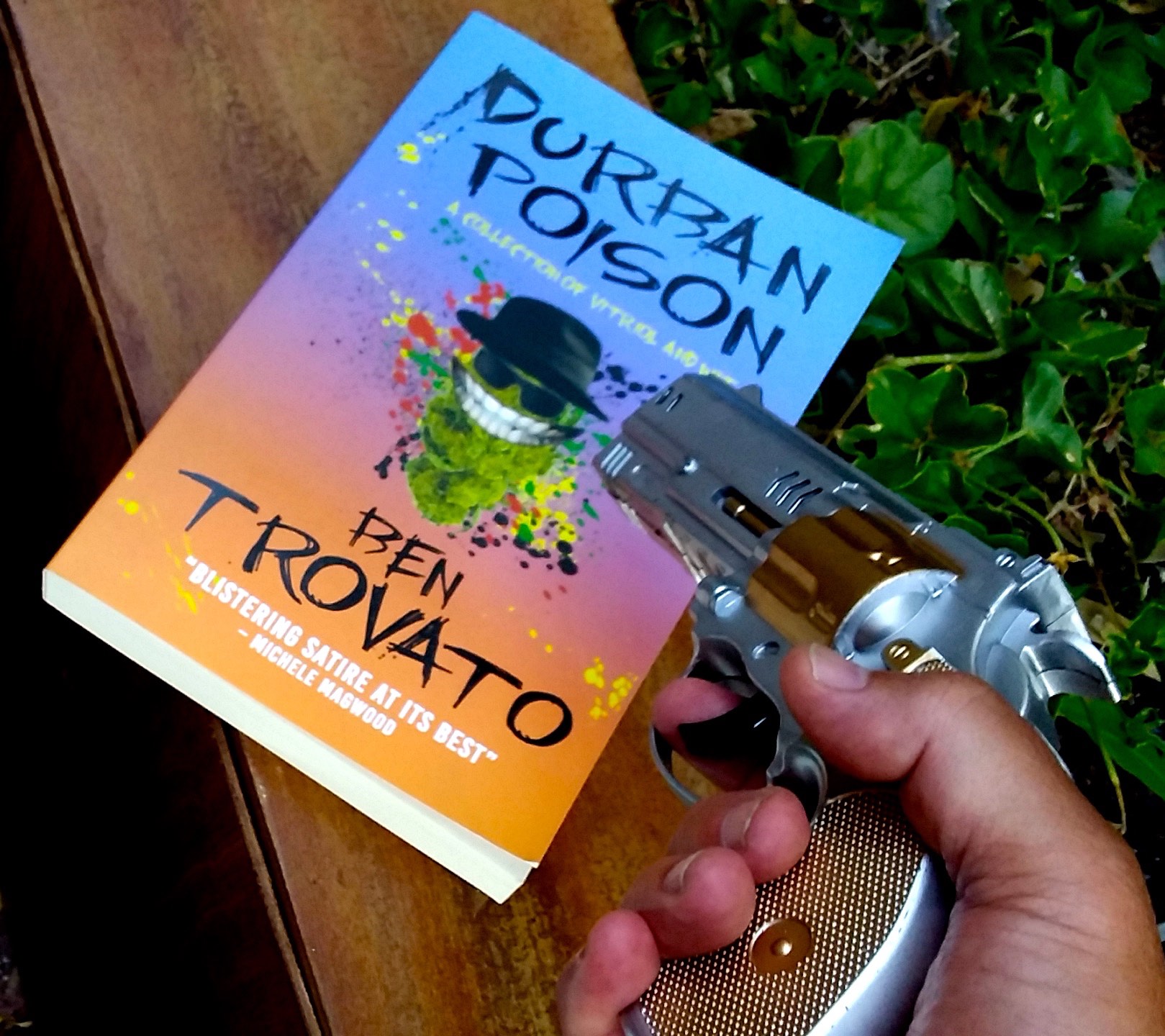 In the perilous world of publishing, there is something called ‘sales or return’. It works like this. Bookshops will order so many copies of a new title. If those get sold, they might order more.

Unsold copies are eventually returned to the publisher who, in turn, gives the author the opportunity to buy the stock at a discount. The author declines the offer because he believes there is still life in his book and also because he is broke and he vows to never write again. The result is that hundreds, sometimes thousands, of copies get destroyed. Pulped is the term they use.

My new book, Durban Poison, was released in November. Normally, bookshops will return unsold stock over a period of months. However, a non-normal situation has arisen. My publisher, MFBooksJHB, is dissolving her imprint and ending her contract with Jacana Media on 31st January.

“In order to manage the inventory, we will need to have all the below-listed titles returned to (the distributors) Booksite by no later than 25 February 2020. No returns will be accepted thereafter.”

At the end of the list of forty books, the killer. “No orders for these titles will be processed after 31 January 2020.”

So. Quite a few anxious authors out there. Melinda has indicated that she will consider buying some – but not all – of the remaining stock of Durban Poison in the hope of selling it on.

After 25 February, hundreds of copies of Durban Poison will be loaded into a van and taken off to the knacker’s yard. This doesn’t have to happen. It’s in your hands.

Books that make people laugh shouldn’t have to die.