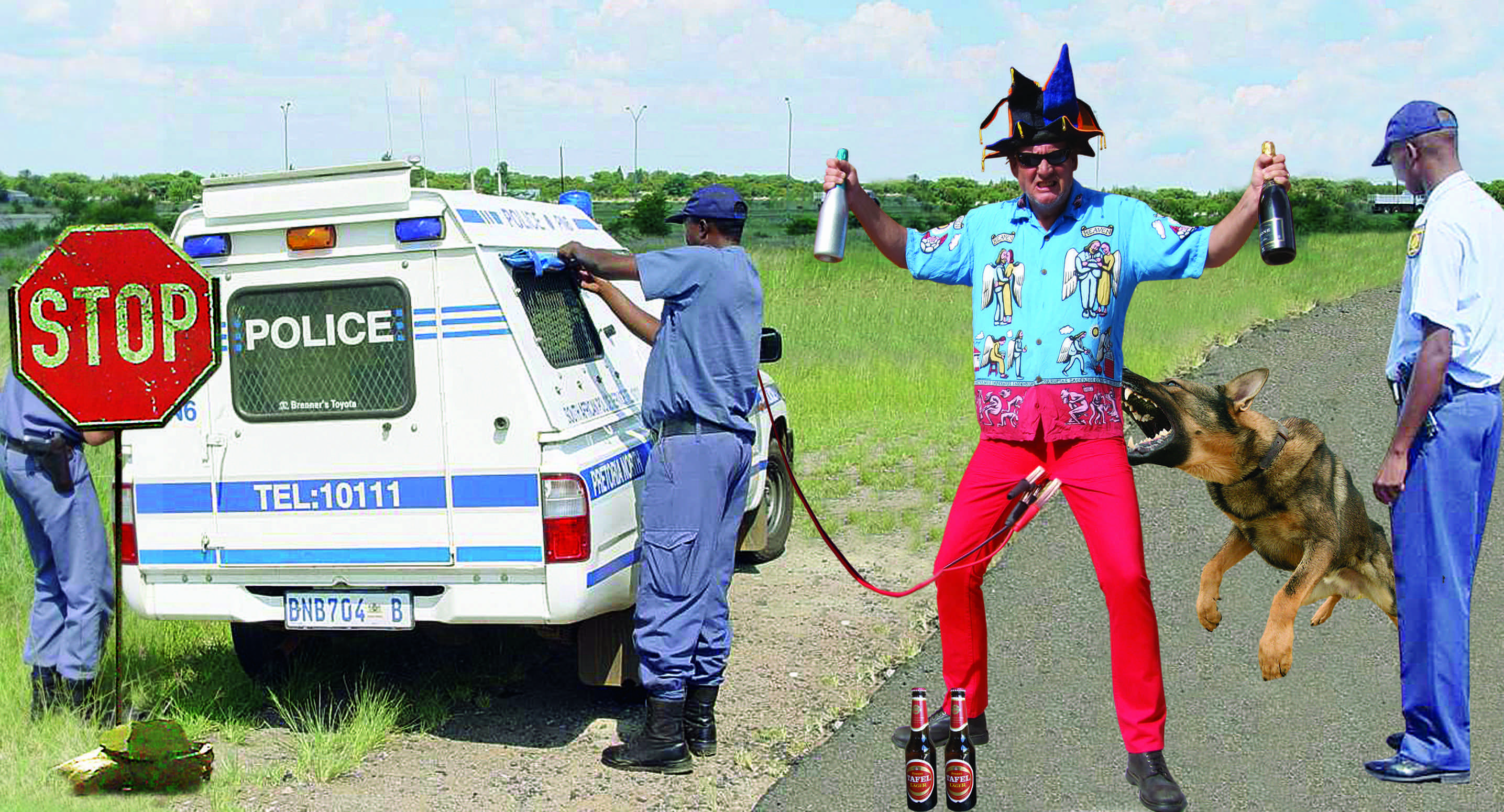 ’Tis almost the season to be jolly. Jolly careful. There are people out there determined to get us locked up over the festive season. Family, for a start. There’s always one asshole relative who insists on pushing our buttons until we lunge across the dinner table and club him to death with a chicken drumstick.

Should you be driven to this point, it’s likely that you will be filled with spirits stronger than the Christmas one. Even an attempted homicide generally requires a liberal application of the old social lubricant. If it weren’t for alcohol, we would all meekly go along with tradition and kiss rather than stab our racist cousins under the mistletoe.

In South Africa, as in most parts of the Christian world, we drink to celebrate Christmas. It’s what Jesus would have wanted. He did, after all, turn water into wine when the liquor ran out at a wedding in Galilee. This was his first public miracle and, quite frankly, I don’t know why he even bothered with the other six. You turn water into wine, you’ll have to get a restraining order to stop me from following you. I suppose it was also a nice gesture to heal the paralytic at Bethesda. Did he do the wine trick there, too? Quite possibly. I get very paralytic on wine but then have to heal myself. Jesus is never there when I need him.

Today there is always plenty of wine at weddings and everyone gets thoroughly trashed to commemorate his miracle on that hot summer’s day in the unoccupied territories. The heathens don’t care much for miracles and only join in because the liquor is free. In the end it all works out and everyone goes home happy.

Oh, wait. Not in Cape Town, they don’t. This is a city that goes the extra mile to ensure we spend a night or three on a horsehair mattress in a filthy cell rather than our own bedroom.

There is no mention in the Bible of a single wedding guest getting bust at a roadblock in Galilee, even though the cops must have got wind that someone was turning water into wine. If the DA had been in charge of the city, Jesus himself might have spent the night behind bars.

I have never been done for DUI. Have I driven over the legal limit? Of course I have. I don’t know anyone who hasn’t. Virtually every car you see parked outside a bar, restaurant or club will later that evening be driven by someone over the limit. Sure, there might be one or two designated drivers among the crowd, but these are like unicorns.

It is the job of the barman to keep serving you alcohol even as it leaks from every orifice in your body, which makes no sense when you consider that it takes just two beers to put you over the limit. I need two beers just to get out of bed in the afternoon. Not really. My point is that the city of Cape Town’s obsession with roadblocks is ruining our social lives. Everyone is too terrified to go out at night for fear of ending up with a criminal record or having their bottom interfered with by a fighting general in the 28s.

Thanks to the police, it’s just not safe to be on the roads at night.

99.9% of people who regularly drive after a few social drinks manage to do so without veering into oncoming traffic or slamming into a lamppost. They might be breaking the law, but they get home quite safely without endangering their or anyone else’s life. And they have been doing it for years.

In Britain and America, police generally need a reasonable suspicion to suspect a driver is intoxicated before requesting a breath test. In many countries you’re given three tests, including standing on one leg and walking heel to toe in a straight line. If you fail all three, you get breathalysed. Fair enough. We don’t get that option here. I might be marginally over the limit, but if I can close my eyes and touch my nose or the cop’s nose or any other body part of his choosing, followed by an arabesque and two grand jetés on the white line, I should be allowed to proceed unhindered.

In the US, thirteen states currently disallow sobriety checkpoints while others require police to provide advance warning of any checkpoints that are planned. That’s right. They have to take out notices in local newspapers notifying people where and when the roadblocks will happen.

Look, I’m not endorsing drunk driving, but I am asking the law to be a little more flexible when it comes to ever-so-slightly-tipsy driving. Nail the heavily wasted, by all means, but stop ruining the lives of the lightly euphoric.

If things carry on as they are, we might as well move to Saudi Arabia.

One thought on “Relax, officer”