The lights were turned down low. I was nervous. This was my first time. He smiled when I walked in. Gently took my hand in his. I recoiled as he began stroking my arms. “Just relax,” he murmured, running his fingers over my face.

“Take your shirt off,” he said. He turned me around and stroked my back. It felt good. Then he asked me to move to the bed. “Take off your pants,” he said. I hesitated. I had never been touched by another man in this way. Hesitantly, I unbuttoned my camo shorts and let them fall to the floor. He sank to his knees and ran his hands over my thighs, making soft appreciative sounds. Then he asked me to lie down. I knew this was going to cost me. Dearly.

I grew up surfing in Durban at a time when cigarettes were good for you and brandy improved your looks. I remember my mother shouting, “Put some bloody suntan lotion on!” before I went surfing. In those days, boys weren’t interested in applying oil or cream to anything that didn’t involve their genitals. I doubt much has changed.

I had years, if not decades, of unprotected exposure to the sun. You’d think my face would look like a cross between a raisin and a piece of biltong by now, but you’d be wrong. Mmmm. Biltong. Thanks to good genes and beer, my face is silky smooth and completely hairless. No, wait. That’s my bum.

If I were to be honest, and, to be honest, I rarely am, the main reason I was there was because I had begun growing a second willy and wanted some advice. Should I keep it? My gut told me there were untold benefits to having a back-up, but my gut has been wrong in the past. I needed a professional opinion.

The doctor’s fondlings trailed off as he failed to discover any melanomas or carcinomas, malignant, benign, squamous or otherwise. I could see in his eyes that he was wondering whether I simply enjoyed being felt up by older men. I had to bring out the second willy before things turned weird.

Not wanting to drop my shorts again, I instead pulled the pant leg up. And there it was. My second willy. I apologised and turned my head away so the doctor wouldn’t see the shame in my eyes.

“Ah,” he said. “A polyp.” Oh god. It has a name. Polyp shall be thy name. Polyp, meet Doctor … I couldn’t remember his name. Apparently it wasn’t a second willy at all. I was crushed and elated at the same time. I looked like I was having a stroke.

“A lot of women have them.” Confused, I thought he had asked if I have a lot of women. “Not as many as I’d like,” I said. He looked at me for a couple of seconds, then moved away to load up a syringe. This wasn’t what I had in mind.

“If you’re going to be operating, shouldn’t I have a general anaesthetic?” He smiled. There are only three times a doctor smiles. When he’s about to tell you that you have two months to live; when he gets the keys to his new Mercedes; and when his work permit arrives from the Australian embassy.

He plunged the syringe into my thigh. I screamed but quickly stopped when I realised that I had barely felt it at all. Then he picked up a pair of scissors and that was that. No more second willy. But that wasn’t the end of it. He grabbed what looked like a can of spraypaint and began inspecting my body like a delinquent tagger would inspect a naked wall. He was looking for dark patches. I had a few. Not enough to get a tender, but enough to mar my otherwise perfect skin.

I thought he was about to touch me up with Neutrogena Blemish Concealer, so you can imagine my surprise when the can turned out to contain higly pressurised liquid nitrogen colder than a polar bear’s ass.

The doc walked around me spraying this, that and the other thing. Every burst felt like a thousand poison darts. The British explorer Sir Ranulph Fiennes lost some of his fingers after being caught out in -20C. Please. That’s like a week on the Costa do Sol compared to what I went through. Try -200C, Sir Ranulph. Then you can complain.

I didn’t want to ask if this was a life-saving procedure or a purely cosmetic endeavour. Twenty minutes and R1 200 later, I repaired to the nearest saloon for a cheaper anaesthetic.

What were once slightly discoloured spots barely visible to the naked eye slowly began turning into angry red lesions. By my third beer, the lesions had become blisters. Big, puffy ones. It looked as if some hideous tropical disease was erupting from my body right there in the bar.

I ordered another beer. An attractive woman sitting nearby on her own smiled at me. I gave a shy wave with my festering hand. She looked away, then got up and went to the bathroom. To throw up, I expect.

It’s going to be a long, lonely winter. 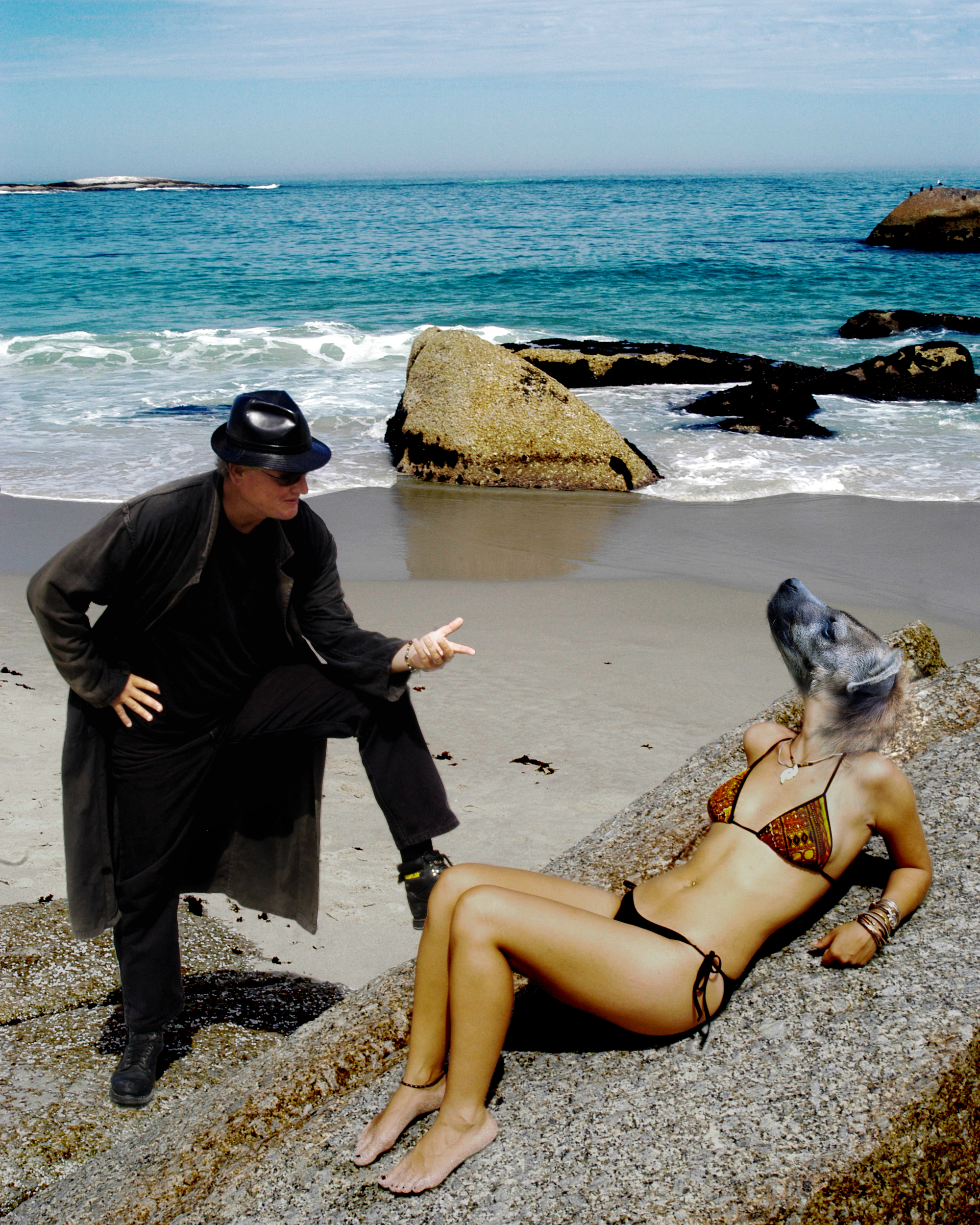 WARNING: Tanning without protection could change your looks forever

3 thoughts on “Unprotected and exposed”