The reason for the season. Happy birthday, dude. You’re looking pretty damn good for a 2000-year-old white hippy with a Mexican name. There aren’t too many kids born in a stable environment in that part of the world these days, let me tell you.

You are probably unaware of this, what with being on Sabbatical and all, but your name is taken in vain more at this time of year than at any other. The streets and shops are jammed with people muttering, “Jesus Christ!” beneath their breath. Some shout openly. Few, if any, show signs of being in a state of religious rapture at the time.

Right. That’s enough about Jesus. This is my story. His story has been out for a while and still outsells my memoir by, like, three to one. I should have gone with his publisher.

A powerful combination of poor genes and even worse judgement saw me pass through the apocalyptic portals of one of Hell’s more commercial outlets this week. First, though, I had to progress from level one of Dante’s Christmas Inferno – the parking lot. Car guards are hopelessly under-equipped to deal with motorists in December. What they need is paramilitary training. They need pepper spray and cattle prods to keep people from leaping out of their cars and strangling one another. And that’s just the children.

This particular incubus-infested horror show had a hairdresser’s right at the entrance. The sight of women of every grimace and girth in various stages of lassitude and bedragglement hardly encourages one to move deeper into the belly of the beast.

Next to the hairdresser, possibly deliberately, was a shop called Outdoor and Velocity. It had an impressive range of paintball and pellet guns, including one shaped like an AK-47. The perfect gift for the man whose criminal record prevents him from owning a real gun. There was also a selection of knives that would’ve made the executioners of Islamic State envious.

Health shops were occupied only by their lentil-faced staff while bottle stores made the fall of Saigon seem calm and orderly.

Shopping malls are acoustically designed to enhance the high frequency sound produced by children hysterical on sugar and lies. It’s like psychological warfare; a way of rattling your synapses so you spend more money than you might otherwise have done.

I doubted I could single-handedly contend with this bloated river of humanity and its ungodly stink of anger and fear and money, so I ducked into a pet shop and asked for a medium-sized attack dog. They asked if I was blind. Absolutely, I said. Blind drunk. That’s a lot better than being barking mad, which they clearly were for charging R1 295 for a silly plastic ramp that allows one’s golden retriever to take a leisurely stroll from or into the back of one’s Range Rover.

“Protect the joints of the pet,” said the box. Nonsense. It’s our joints that need protecting from the ravening narcophobics in the police force. Point is, if you can’t lift your dog into your car then he’s either criminally big or you shouldn’t be driving.

I no longer even glance into the windows of jewellery shops because every time I have put a ring on someone’s finger it has ended in tears. “Here, darling, have this fabulously exorbitant bauble. It’s guaranteed to ruin your life or mine. Maybe both.”

Verimark’s Maxxus V-Trainer caught my eye. It’s a vibrating pad you stand on. “Get the body you have always wanted in just 10 minutes a day!” Watching a fat kid wobbling on the pad, I’d estimate it would take me 25 550 days to reach my ideal weight. And that’s only because I would have been dead for the final two years.

Buying gifts for people you loathe is never easy. What, for instance, do you get for the man who

has everything? Here’s an idea. You get him audited by the Revenue Service.

I heard the hideous sound of children screaming as if they were being murdered and rushed over to see if I could help but they were alive and, since I couldn’t kill them all on my own, I had a look around the toy department. The men who work in this section have nervous facial tics and their names are down for emergency vasectomies. The women don’t respond. To anything.

I found a radio-controlled king cobra snake with glowing eyes and a flickering tongue and it seemed more like something Satan rather than Santa would drop down your chimney. It “looks so real that may scare your friends”. What’s more frightening is that there’s a word missing from that sentence. That’s the Chinese for you. Always looking to cut corners. Save a word here and there and soon enough there’s a secret stockpile of surplus words they can use to build an entirely new piece of junk around.

There are shelves of model cars for boys although they could just as easily be for girls because men rarely drive any more thanks to the heavily armed extremists found at roadblocks. Four beers and you risk spending the evening having your bottom interfered with by a fighting general in the 28s. Not worth it. Sell the car and buy beer. Lock yourself in your room.

There’s a kitchen set with a boy pretending to cook. He looks about 19. Then again, I’ve never been a very good judge of age. It’s astounding that I’m not in jail. “Let the children play happily and feel assured,” lisps the box. So you see, laddie, you can rest assured that it’s quite normal for you to be pottering about in a frilly apron packing the tiny dishwasher and making imaginary vol-au-vents in your tiny oven.

There are little plastic prams and pushchairs, all of which are being controlled by little plastic girls. This isn’t so much gender stereotyping as it is a reflection of reality. All the boys are clearly in court fighting for custody or getting nailed for child support.

“Anything is possible with Barbie” just doesn’t sound right. I’ve known girls who have embodied this ethos but, while initially fun to be with, stick around for too long and you’ll end up in a mental hospital.

With one exception, the doll section looks like a picnic organised by The Young Mothers of the Ku Klux Klan. Talking Tip has an anxious yet determined look on her swarthy synthetic face. Her box says, “Try me!” but there are no buttons to push. It’s probably a challenge. A warning. She probably says things like, “Don’t be tryin’ none of that white shit or I’ll bust yo cracker ass.” She comes with a spare outfit and removable shoes, which I imagine would be useful when she’s hiding out from her parole officer.

There are also boxes of twins, all of whom look like an experiment by Dr Josef Mengele gone horribly right.

Toy department staff aren’t trained to deal with hulking unshaven brutes clearly unsuited for fatherhood loitering around the dolls, and I could see them becoming visibly anxious. I stepped out into the fetid, roiling swamp of humankind and was almost immediately possessed by the festive spirit.

All I need now is an exorcist. 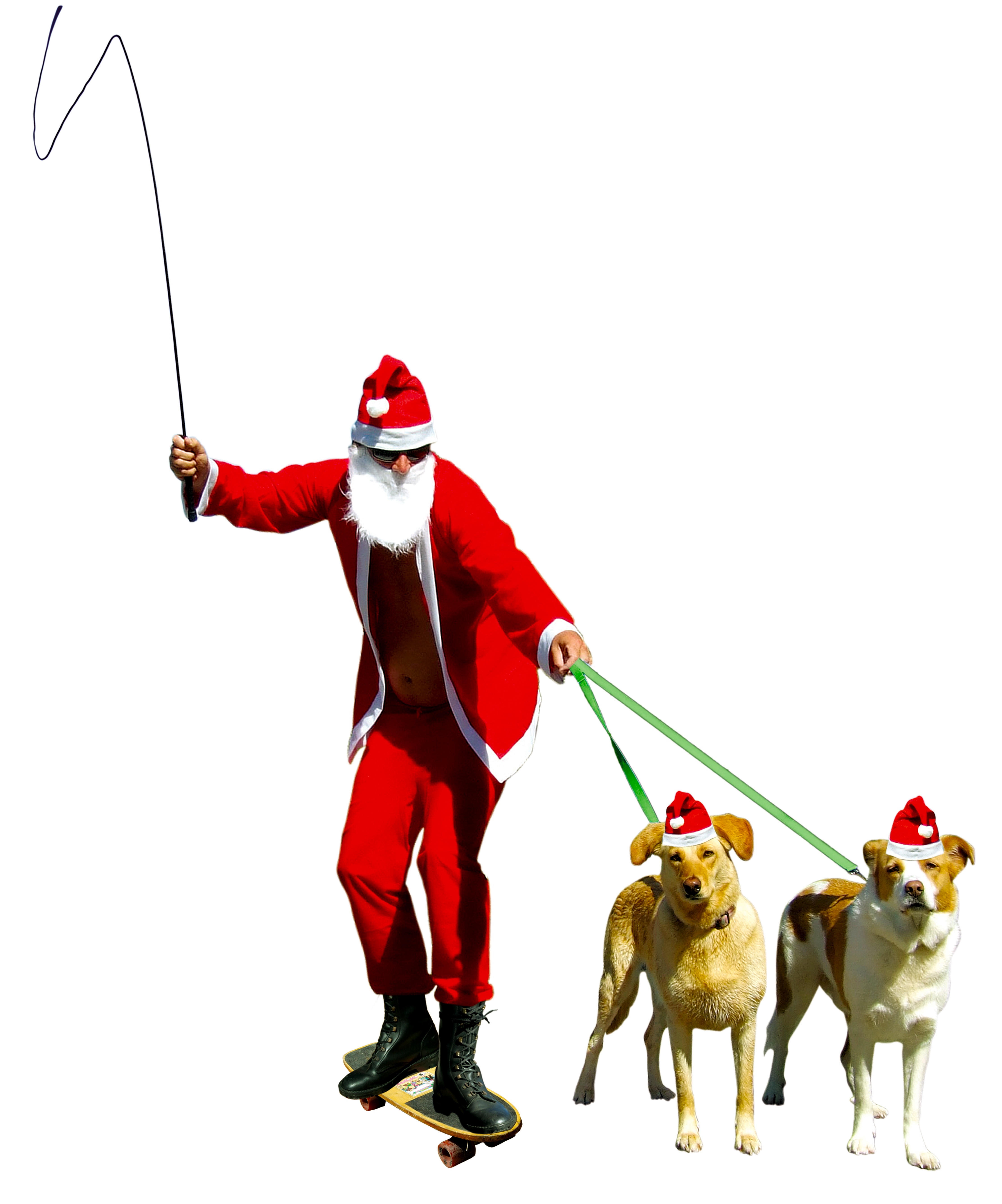