After flying halfway around the world I arrived in Joburg hung over, hysterical with sleep deprivation and barely able to walk upright on my mangled economy class legs. It was freezing cold and I was still dressed for Bali. Everyone else was dressed as if they were going to business meetings. Poor bastards.

Changing planes for Durban, we waited half an hour before the pilot decided to say something. “Guys,” he said, “you’re not going to believe this.” What? There’s no beer on the plane? Jacob Zuma has agreed to pay back the money? God is a woman?

“Our battery isn’t charging.” I summoned a stewardess and offered to round up a dozen guys to give it a push-start. She said it wouldn’t work. I looked around. She was right. There were only four or five darkies on the flight. They’d never be able to do it.

Someone must have come along with jumper cables because an hour later we were landing in Durban where I blended in with everyone else yawning and scratching and slouching about in baggies, T-shirts and slops.

I got home and did what most people do when they’ve been away for some time – read the papers. Catch up on the news. Sigh heavily. Start drinking. Plan to emigrate.

I hadn’t unpacked. I could call a taxi and be back at the airport in an hour. Get the last plane out. It doesn’t matter where. Just away. Away from the tyranny of democracy.

Whoops. That was the jetlag talking. I have since discovered half a bottle of Jose Cuervo beneath the sink and feel much better, thank you. I suspect comrade domestic worker has been using it as a household cleaner, which would explain why my place always smells faintly of tequila. I thought it was me.

Skipping past the stories about politics and crime – it’s increasingly difficult to separate the two – I finally found something to read without risking an aneurysm. The London-based Economist Intelligence Unit has released its latest list of the world’s most liveable cities.

My bags are still packed. There they are. Right next to the front door. My passport is in my pocket. I have a taxi on speed dial. It’s not too late. No, wait. That’s the tequila talking.

Top of the list is Damascus, the capital of Syria. That can’t be right. Ah, wrong list. Damascus is the least liveable city. Africa puts in a good showing, though, with Lagos and Tripoli romping home in fourth and fifth place, sadly nudged out of the medals by Dhaka and Port Moresby. Oh, well. There’s always next year. Looking at the cities, it might be more accurate to describe this as a list of the least liveable cities for white people.

Top of the list of the most liveable countries is bloody Melbourne, mate. And if you think that’s outrageous, let me tell you that Australia takes another three spots in the top ten with Adelaide, Sydney and Perth, leaving Helsinki, Auckland, Toronto, Calgary, Vancouver and Vienna squabbling over the scraps. It won’t have escaped your notice that this is also a list of the most liveable cities for white people. Who mostly speak English.

Cape Town, incidentally, our only reasonable facsimile of a well-behaved city, never even made it into the top 50 most liveable. Thanks, Cape Flats. Thanks a lot.

So. Europe and Canada are out of the question. Too many people, too cold, too alien. That leaves Melbourne, Adelaide, Perth or Sydney. Tough choice. I have family in Perth, so I can’t go there. Just kidding, uncle. Uncles. And cousins. That’s my father’s mob. My great-granny on my mother’s side was a true blue Aussie and is almost certainly the reason I am genetically predisposed to petty crime.

A lot of mainly white South Africans choose to emigrate to Australia because there is plenty of sunshine and alcohol. And also because … well, as Queensland author Stephen Hagan puts it, “Australians are the most racist people in the developed world for their treatment of the First Australians and I make this claim comfortable in the knowledge that I am sufficiently supported by incontestable statistical data.”

Australia is also an option if, like Adolf Hitler, you prefer dogs. The government announced last month that it would destroy two million feral cats by 2020 in an effort to protect indigenous wildlife. They will use poison traps and attack dogs to kill the kitties. You can’t get more humane than that, Bruce.

Hundreds, if not thousands, of South Africans emigrate to Australia every month. I doubt I will be among them any time soon. I’m not smart or mad enough to understand the visa process, which appears to have been formulated by a statistician incarcerated in an institute for the criminally insane.

If you go over on a 189 visa but don’t have your OTSR because your job is on the CSOL list and you’re still on a 186 but haven’t submitted your EOI for a 489 you’ll need a 457 sponsor and the DIPB will want the IELTS.

I thought I’d get in touch with one of them for an assessment of whether or not I stood a hope in hell. I knew the answer before I even filled in her questionnaire. Age, skills, academic qualifications and financial means are apparently important to the Australians, and unless there’s a critical shortage of borderline indigent middle-aged columnists who make a living out of shaming and ridiculing the rich and powerful, then I’m probably staying right here.

My “migration agent” said she had taken the liberty of stalking me on the Internet. “It is quite evident you have a very successful career,” she wrote. It’s not quite how I would describe it, but it seemed a promising start. Then it went downhill, fast. My occupation – her word, not mine – is on some kind of red list and, because I’m not a teenage virgin, I would need to be sponsored by a state or an employer and work for them for four years at an annual salary of at least R1.2-million. If my current remuneration is anything to go by, I am not worthy of sweeping Sydney’s streets.

Perhaps sensing that my special skills would do little to enhance Australia’s reputation in the eyes of the world, she offered me another option. Something called the 457 visa stream allows an offshore company to become a sponsor, which can then sponsor the employee to work in Australia. In a suggestion that smelled strongly of loophole, she said, “If we can get your current business to qualify as a sponsor, we may be able to get you the 457 visa.” With a masterful use of understatement, she described this as “a long shot”. She clearly sensed that my current business operated largely on cold beer, loud music and long absences from the “office”.

If my personal human trafficker were to handle the visa application, she would require the modest sum of R30 000. The loophole option would cost me another R40 000. And the Department of Immigration would want R18 000 for both. So, that’s almost R100k in return for an email from the Australian government three weeks later saying, “We regret to inform you …”

I’m going to unpack, open the gin and have a little lie-down. 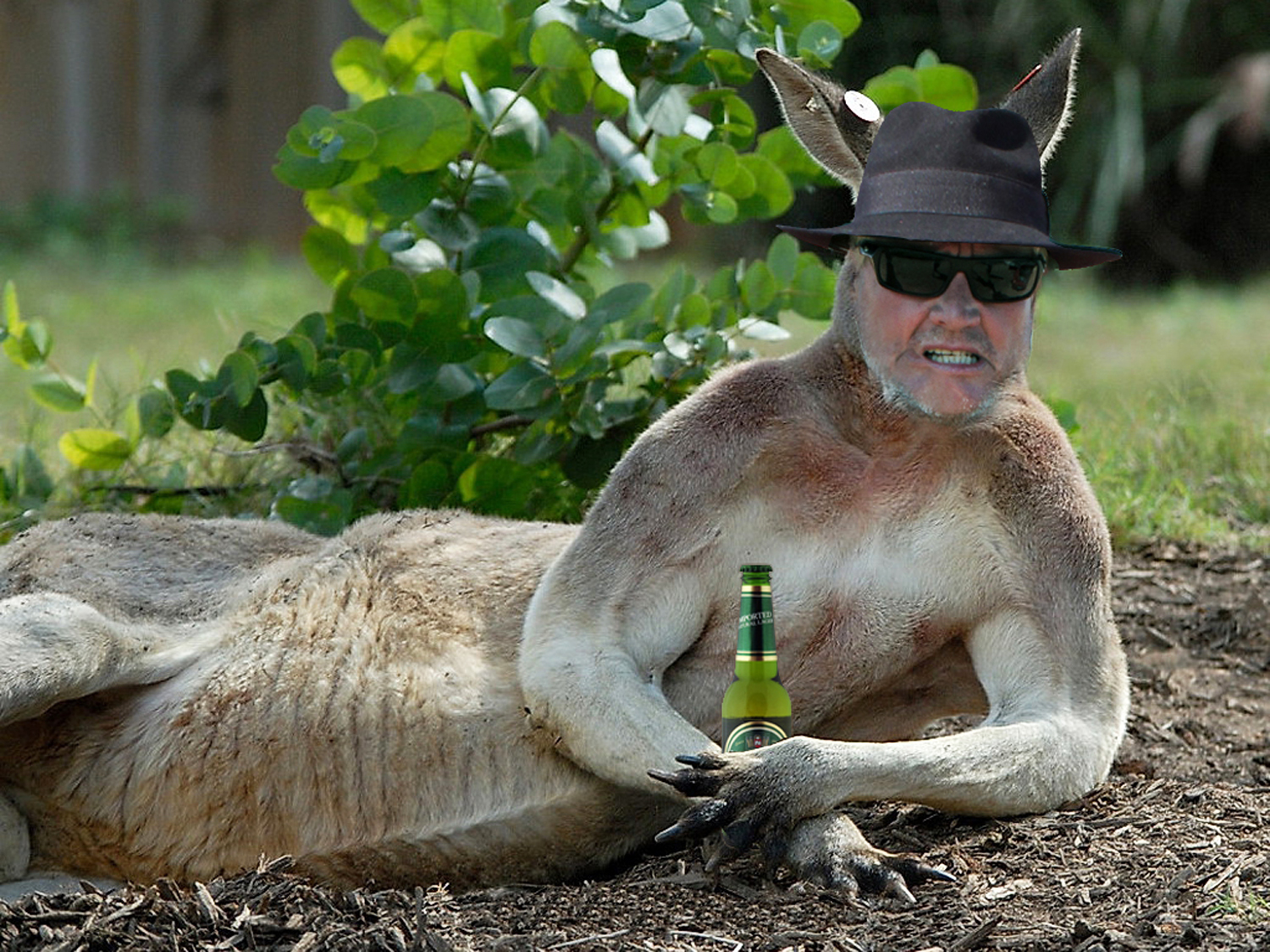